On February 23, 2019, at 1239 central standard time, Atlas Air flight 3591, a Boeing 767-375BCF, N1217A, entered a rapid descent from 6,000 ft and impacted a marshy bay area about 40 miles southeast of George Bush Intercontinental Airport (KIAH), Houston, Texas. The two pilots and one nonrevenue jumpseat pilot were fatally injured. The airplane was destroyed and highly fragmented. The airplane was operated as a Title 14 Code of Federal Regulations Part 121 domestic cargo flight, which originated from Miami International Airport (KMIA), Miami, Florida, and was destined for KIAH. 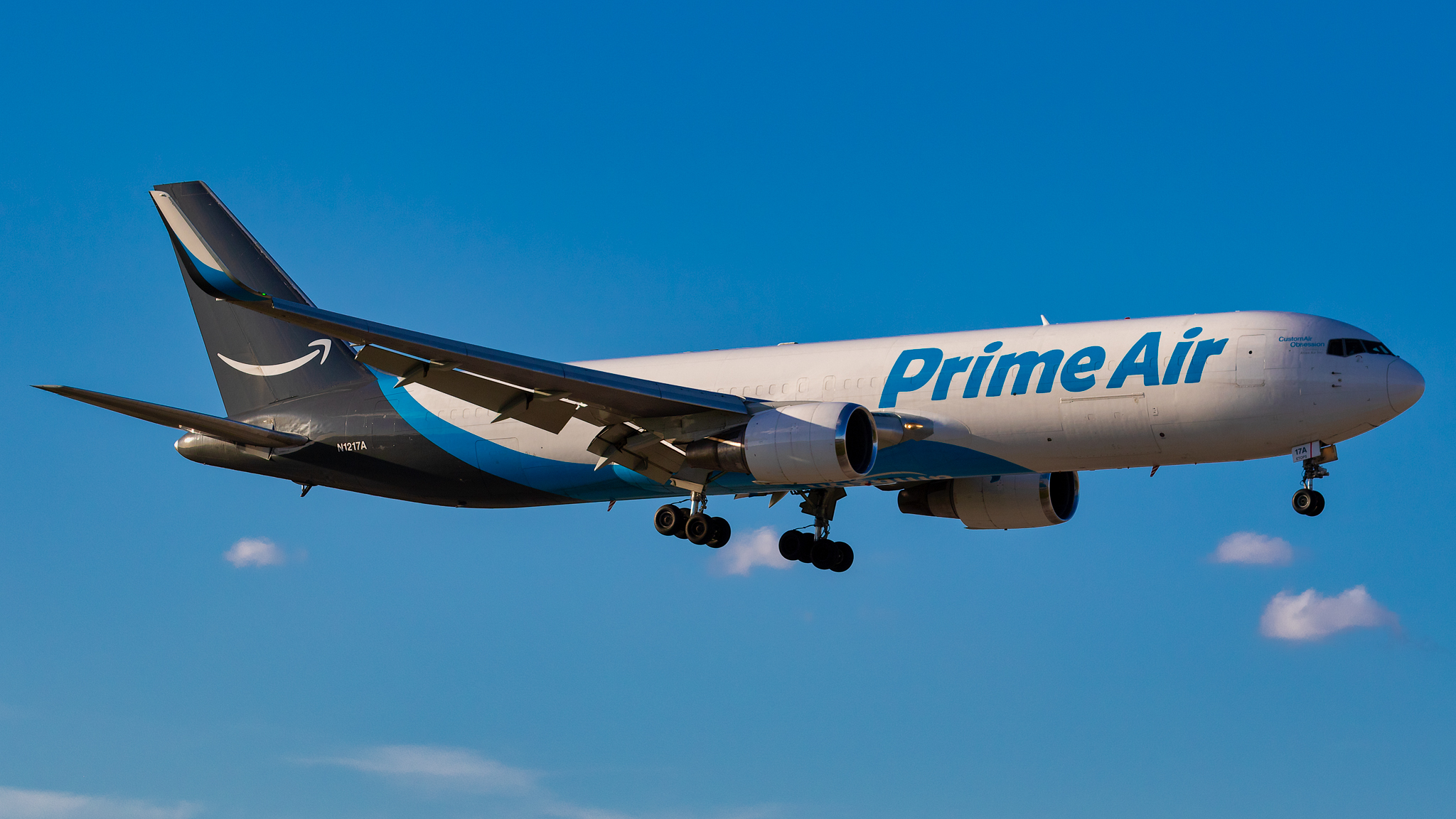 The NTSB launched a go-team consisting of an investigator-in-charge from the major investigations division and specialists in structures, systems, powerplants, air traffic control (ATC), and meteorology. Specialists in operations, human factors, maintenance records, and flight recorders supported the investigation from other locations.

The wreckage was situated in a shallow muddy swamp area, and the main debris field was oriented east to west and about 350 yards long by about 200 yards wide. One engine and some landing gear components were found beyond the main debris field to the west. Less dense components and a large portion of the cargo floated southward and were recovered up to 20 miles away. The wreckage was highly fragmented and resting in the soft mud in 1-3 ft of water. Recovery of the wreckage was very difficult in the swampy conditions because visibility in the water was poor and the muddy bottom could not support heavy equipment. Airboats, barges, and amphibious equipment was brought in to search for the recorders and retreive the wreckage.

Air traffic control communications and radar data indicated the flight was normal from Miami to the Houston terminal area. About 12:30 pm the pilots contacted the Houston terminal radar approach control (TRACON) arrival controller and reported descending for runway 26L; the airplane was at 17,800 ft with a ground speed 320 knots.

At 12:34, the airplane was descending through 13,800 ft, and the controller advised of an area of light to heavy precipitation along the flight route and that they could expect vectors around the weather.

About 12:35, the flight was transferred to the Houston TRACON final controller, and the pilot reported they had received the Houston Automatic Terminal Information System weather broadcast. The controller told the pilots to expect vectors to runway 26L and asked if they wanted to go to the west or north of the weather.

Radar data indicated the airplane continued the descent through 12,000 ft with a ground speed of 290 knots, consistent with the arrival procedure. The pilots responded that they wanted to go to the west of the area of precipitation. The controller advised that to do so, they would need to descend to 3,000 ft expeditiously.

About 12:38, the controller informed the pilots that they would be past the area of weather in about 18 miles, that they could expect a turn to the north for a base leg to the approach to runway 26L, and that weather was clear west of the precipitation area. The pilots responded, “sounds good” and “ok.” At this time, radar and ADS-B returns indicated the airplane levelled briefly at 6,200 ft and then began a slight climb to 6,300 ft.

Also, about this time, the FDR data indicated that some small vertical accelerations consistent with the airplane entering turbulence. Shortly after, when the airplane’s indicated airspeed was steady about 230 knots, the engines increased to maximum thrust, and the airplane pitch increased to about 4° nose up. The airplane then pitched nose down over the next 18 seconds to about 49° in response to nose-down elevator deflection. The stall warning (stick shaker) did not activate. 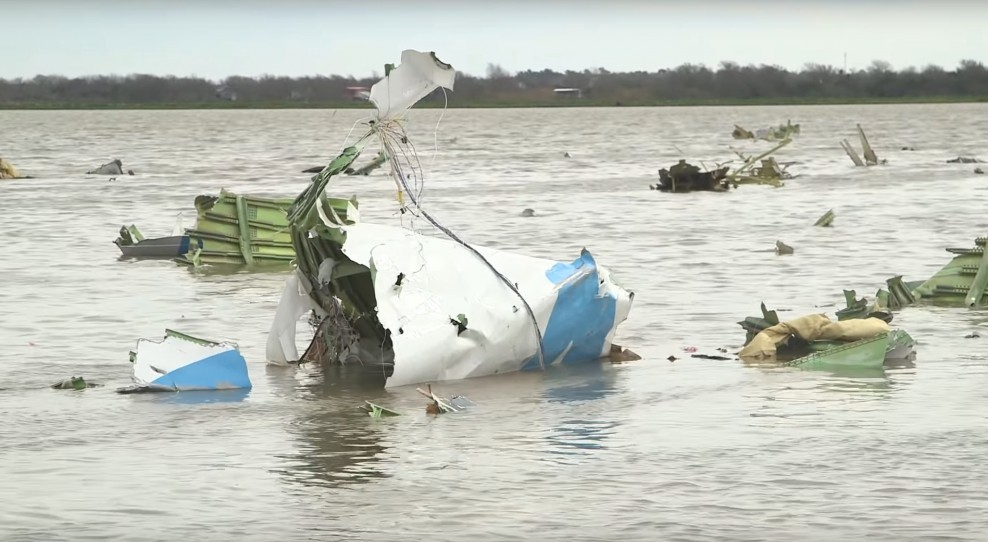 The airplane was manufactured in 1992 as a Boeing 767-375 in a passenger configuration and was equipped with GE CF-6 engines. It was converted to a freighter configuration in 2017. Maintenance records showed the airplane had 91,063 hours and 23,316 cycles at the time of the accident. There were no outstanding airworthiness directives or inoperative items.

Company records indicated that the captain was qualified and current in the airplane and held an FAA airline transport pilot certificate with type ratings for the B757/767 and EMB145. He had a current FAA first class medical certificate with a limitation for corrective lenses. He had worked for Atlas Air since September 2015 and had about 11,000 hours total flight experience with about 1,250 hours of experience in the Boeing 767.

The first officer was qualified and current in the airplane and held an FAA airline transport pilot certificate with type ratings for the B757/767, EMB145, and EMB170/190. He had a current FAA first class medical certificate with a limitation for glasses for near vision. He had worked for Atlas Air since July 2017 and had about 5,000 hours total flight experience with about 520 hours of experience in the Boeing 767.

A cockpit voice recorder (CVR) group was convened and will complete a transcript of the entire event. The CVR transcript will be released when the public docket is opened. Other groups include operations/human factors, ATC, weather, structures, systems, powerplants, and maintenance records. Further groups may be formed as the investigation progresses.

Below is the ATC transcript

I90 APP:
Giant 3591, there is a little bit of light, now showing a bit of
heavy, light to heavy precipitation just west of, it looks like VANNN,
it is moving eastbound, so once you get in closer, if you need to get
vectors around it, we'll be able to coordinate that.

Giant 3591 heavy, Houston Approach, how do you hear?