United Express / Great Lakes Flight 5925/5926, registration N87GL, took off from Chicago at 15.25 with a delay of some 3 hours. After an intermediate stop at Burlington, the Beechcraft 1900 took off again for Quincy at 16.40 local time. As the Beechcraft was approaching Quincy, two aircraft were ready for departure. Beechcraft King Air 65-A90 (N1127D) and Piper Cherokee N7646J were taxiing to runway 04. 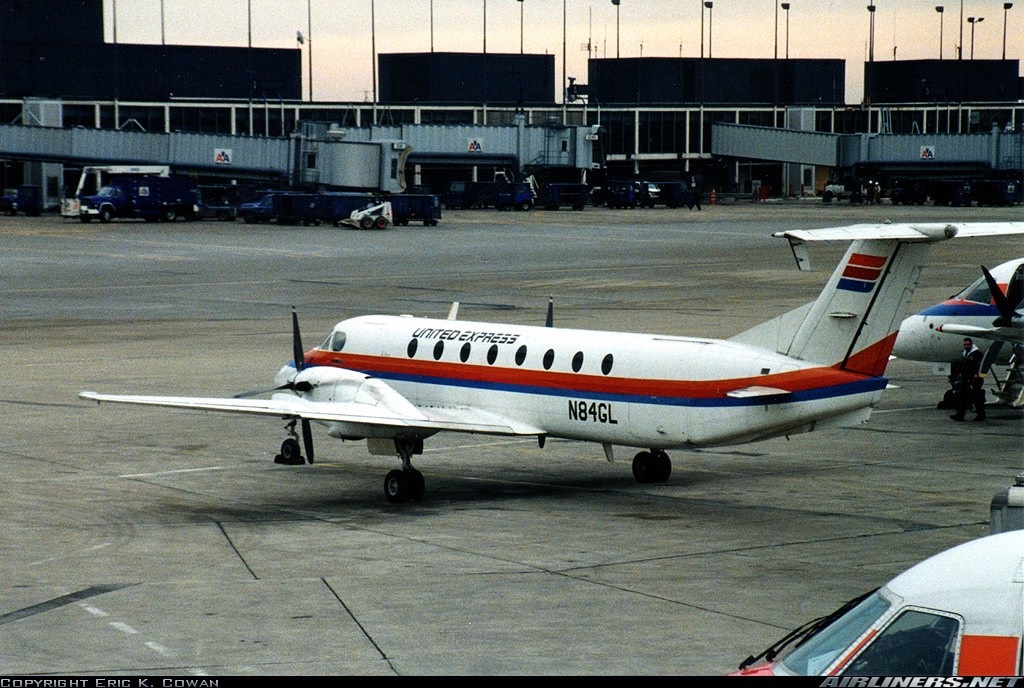 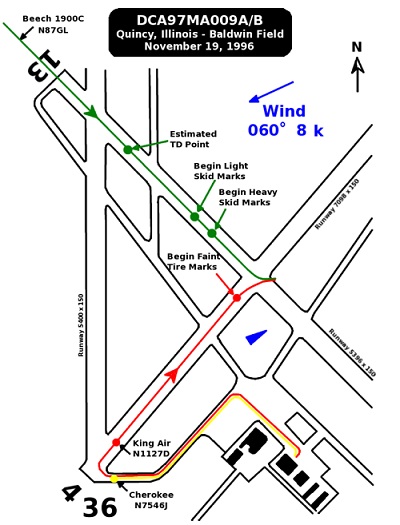 A collision took place at the runway 04/13 intersection. Both aircraft skidded for 110ft and came to rest along the east edge of runway 13 with the Beech 1900's right wing interlocked with the left wing of the King Air. Both aircraft caught fire immediately. Three pilots witnessed the accident and rushed to the scene. With the right side of the Beech 1900 on fire, they went to the right side and saw the captain with her head and one arm out of the window, shouting "get the door open!". Several attempts to open the door failed until the left wing buckled, causing the nose wheel and cockpit to fall to the right. Attempts by passengers to open the door from the inside had also failed. 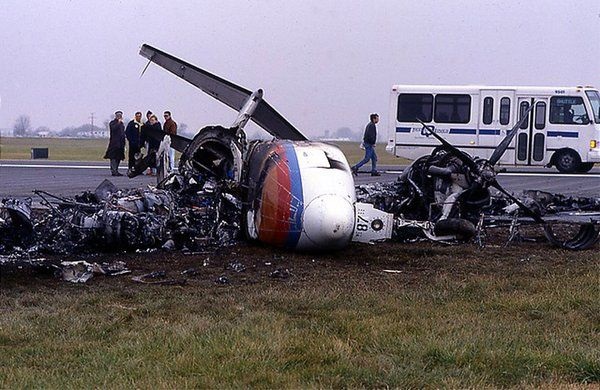