On June 8, 1995, a Douglas DC-9-32, N908VJ, was being operated by ValuJet Airlines as a scheduled, domestic passenger flight under the provisions of Title 14 Code of Federal Regulations (CFR) Part 121. Flight 597, destined for Miami, Florida, departed gate C25 at the William B. Hartsfield Atlanta International Airport, Atlanta, Georgia, at 1855, and was cleared for takeoff on runway 27R at 1908. Five crewmembers and 57 passengers were on board. 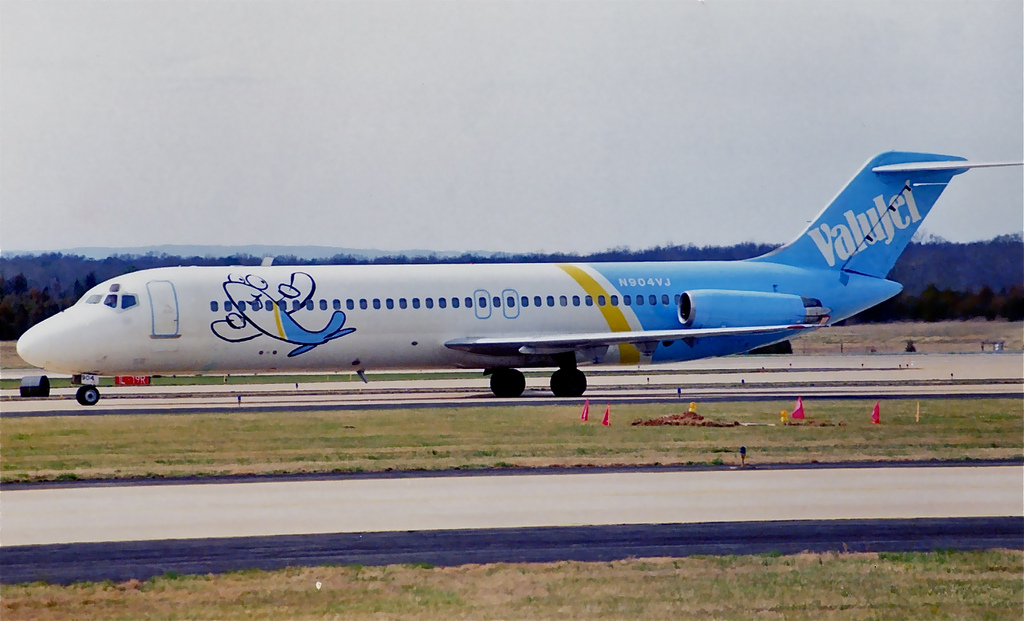 As flight 597 began its takeoff roll, a "loud bang" was heard by the airplane occupants and air traffic control personnel. The right engine fire warning light illuminated, the flightcrew of a following airplane reported to the ValuJet crew that the right engine was on fire, and the takeoff was rejected. Shrapnel from the right engine penetrated the fuselage and the right engine main fuel line, and a cabin fire erupted. The airplane was stopped on the runway, and the captain ordered the evacuation of the airplane.

The National Transportation Safety Board determines that the probable cause of this accident was the failure of Turk Hava Yollari maintenance and inspection personnel to perform a proper inspection of a 7th stage high compressor disk, thus allowing the detectable crack to grow to a length at which the disk ruptured, under normal operating conditions, propelling engine fragments into the fuselage; the fragments severed the right engine main fuel line, which resulted in a fire that rapidly engulfed the cabin area. The lack of an adequate recordkeeping system and the failure to use "process sheets" to document the step-by-step overhaul/inspection procedures contributed to the failure to detect the crack and, thus, to the accident. 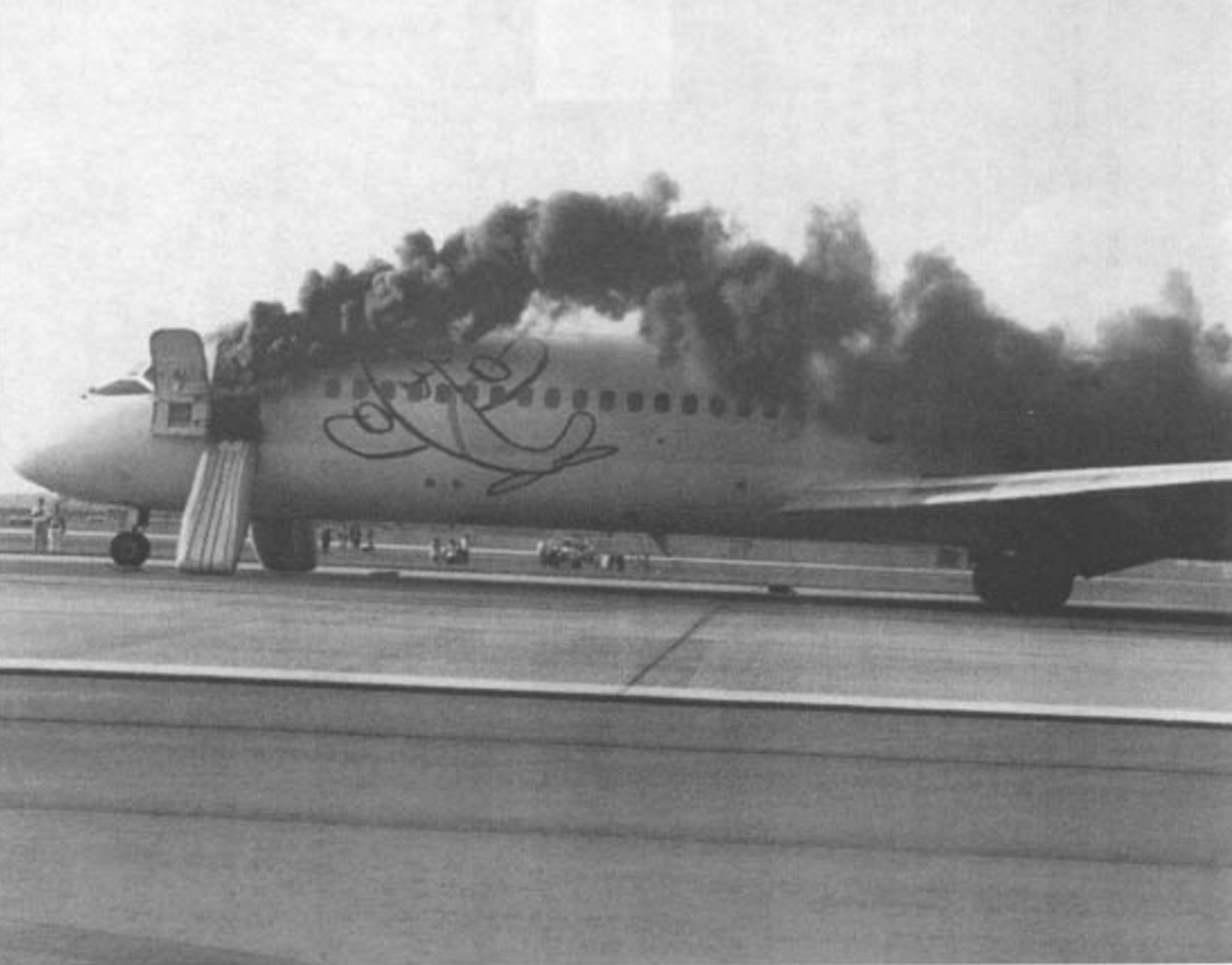 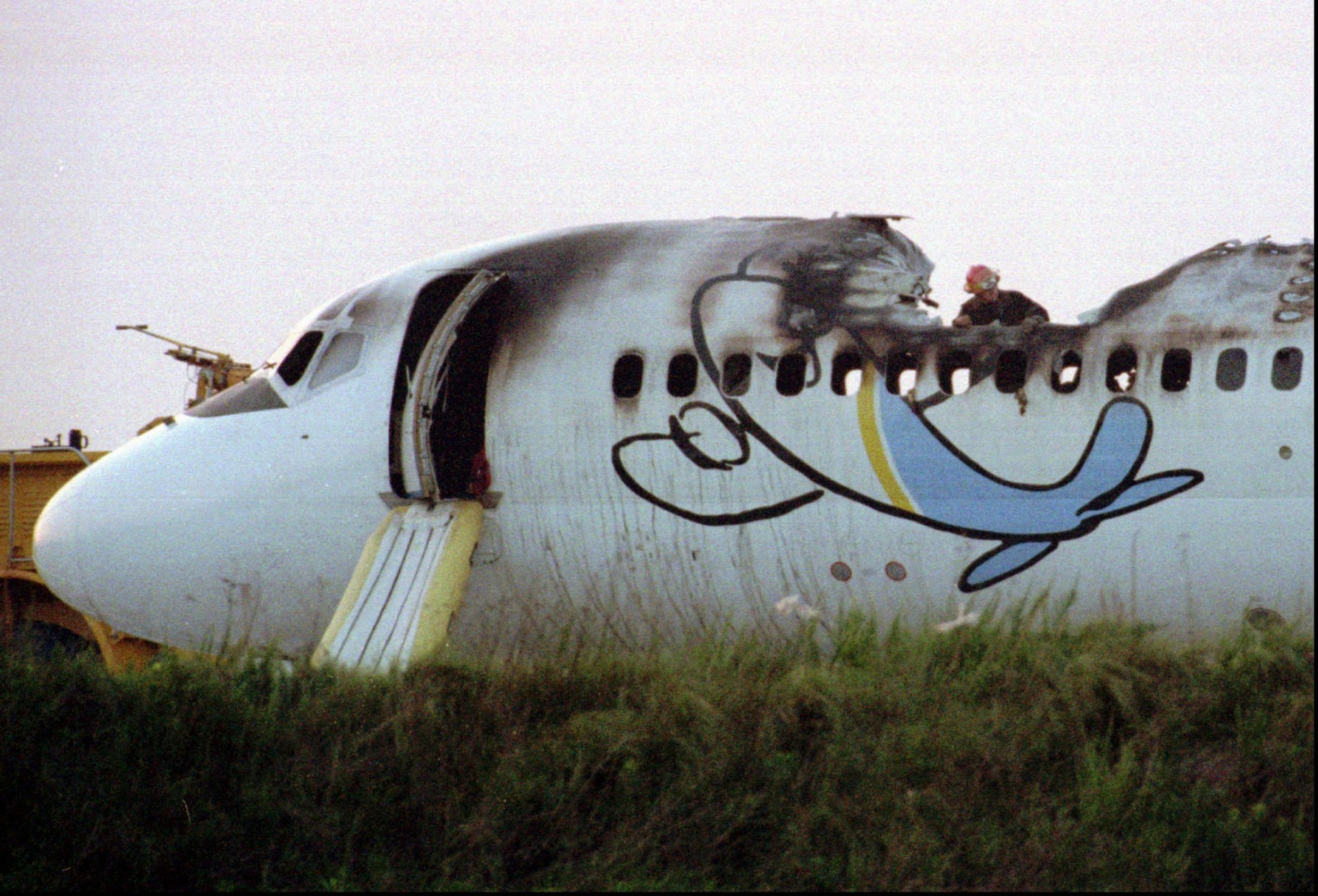