United Airlines Flight 553, a B737-222 with registration N9031U, named "City of Lincoln", took off from Washington-National Airport for flight UA553 to Chicago and Omaha. Departure time was 12.50 CST. Chicago ARTCC cleared the crew to descend to 4000ft and the flight was given vectors for a Midway Airport Runway 31L localizer course. At 14.19h the flight was transferred to Chicago Approach Control which later requested UA553 to slow down to 180kts and later down to 160kts. After issuing a descent clearance down to 2000ft at 14.23h the controller requested the flight to slow down to approach speed because of separation between UA553 and a preceding Aero Commander. At 14.24h the Aero Commander passed the Outer Marker and was cleared to land on Runway 31L. Two minutes later UA553 passed the Outer Marker inbound. Then, at 14.27:04 the air traffic controller decided to issue a missed approach clearance: "United 553 execute a missed approach make a left turn to a heading of 180 climb to 2000". At the same time, having just reached 1000ft, the stick shaker suddenly activated. Full power was applied and the gear was retracted in an attempt to execute a missed approach. The Boeing continued to descend however, attaining a high nose up attitude (of at least 30deg, according to some survivors). The aircraft then clipped a tree and impacted trees, houses, utility pole cables and garages before coming to rest. Post crash fire destroyed part of the fuselage. 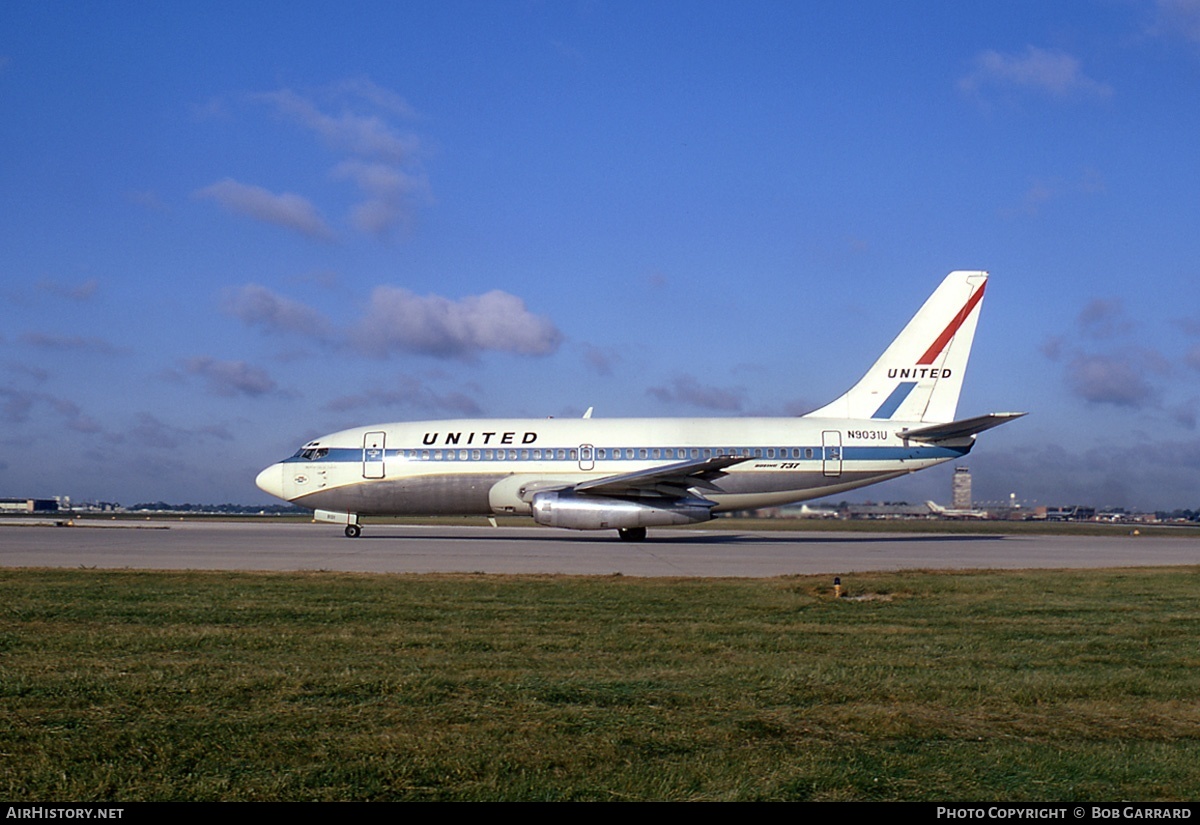 The NTSB found that the Flight Data Recorder on board the aircraft had become inoperative approximately 14 minutes before the crash. Fortunately, the ARTS-III (Automated Terminal Radar Services) system was in operation at the time of the accident, and that data was saved on tapes in the Midway Control Tower. Those tapes were analyzed extensively and compared to Boeing flight profile data, to develop the course, speed, rate of descent, and altitudes of the plane as it made its approach to Chicago Midway. The Cockpit Voice Recorder was working normally, and the tape in that "black box" was relatively undamaged. That enabled the NTSB to sequence it in time with the readings of ARTS-III. The NTSB then was able to determine the power output of the engines, at any given point in time, with CVR tape sound analysis. That correlation (CVR with ARTS-III) showed that the stick shaker (stall warning device attached to the pilots' control yoke) started 6 to 7 seconds after the plane leveled off at 1,000 ft MSL, and it continued until ground impact.

That ARTS-III system tracked the plane from a position of 55 miles east of its antenna site to the point when the plane was stalling at 380 ft. AGL.

The probable cause of the accident was the stalling of the airplane (airspeed too low), because the captain failed to ensure that the flight remained within the required airspeed and altitude parameters for that non-precision approach profile. No evidence was ever found of sabotage or foul play.

It was a classic pilot-error accident, compounded by poor crew coordination and discipline. The plane was descending too fast, at too low an airspeed, to be within the required "stabilized approach" parameters. Ironically, that situation was created by the fact that the plane was too fast and too high just prior to reaching the Outer Marker Beacon. The plane was 700 feet too high when it finally passed over that OMB. At that point, the pilot was required to initiate a missed approach procedure. However, the Captain, who was the pilot flying the plane, chose to continue the approach. When he finally did call for go-around thrust, it was too late. The plane entered the stall regime and then crashed before the pilot was able to effect a recovery.

From their performance study and simulator tests, the NTSB concluded that the spoilers must have been extended to at least the flight detent position during the rapid descent that preceded the stall. It was thus likely that when the Captain attempted to level off and then to go-around, the crew failed to immediately retract the spoilers. That made it all the more difficult to recover from the stall before ground impact. Although the spoilers were found to be fully retracted in the wreckage, it was possible that the spoilers could have retracted on their own, as a result of the impact forces and loss of hydraulic pressure.

The final mistake was inappropriate manipulation of the flaps, from 30 degrees to 15 degrees, while the plane was still at too low an airspeed, with spoilers extended. That was the wrong thing to do while attempting to go-around with the stick shaker activating as it would decrease lift even further. 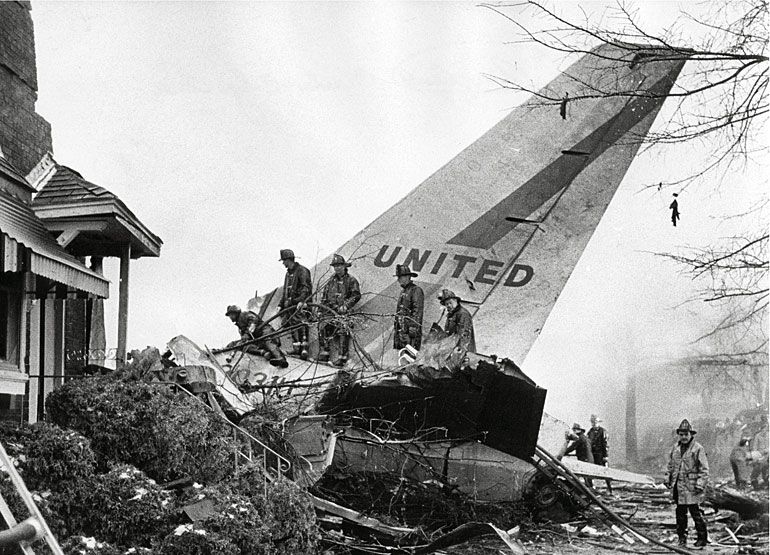 all times are in GMT