On August 7, 1997, Fine Air flight 101, a Cargo DC-8-61F registration N27UA, enroute from Miami to Santo Domingo, in the Dominican Republic, suffered sudden movement of cargo materials in the aft cargo hold while on take off. The aircraft's nose rose steeply due to the sudden uneven weight distribution caused by shifting cargo of denim material that had not been securely fastened.

The pilots, departing out of the former Runway 27R (now 26L) attempted to recover but the aircraft stalled and crashed onto a field adjacent the Miami City Rail Yard less than a mile from the airport. The aircraft missed two factories, a commercial building, and the Budweiser Distribution Center in unincorporated Miami, Florida between the populated residential suburbs of Miami Springs and Doral, FL. 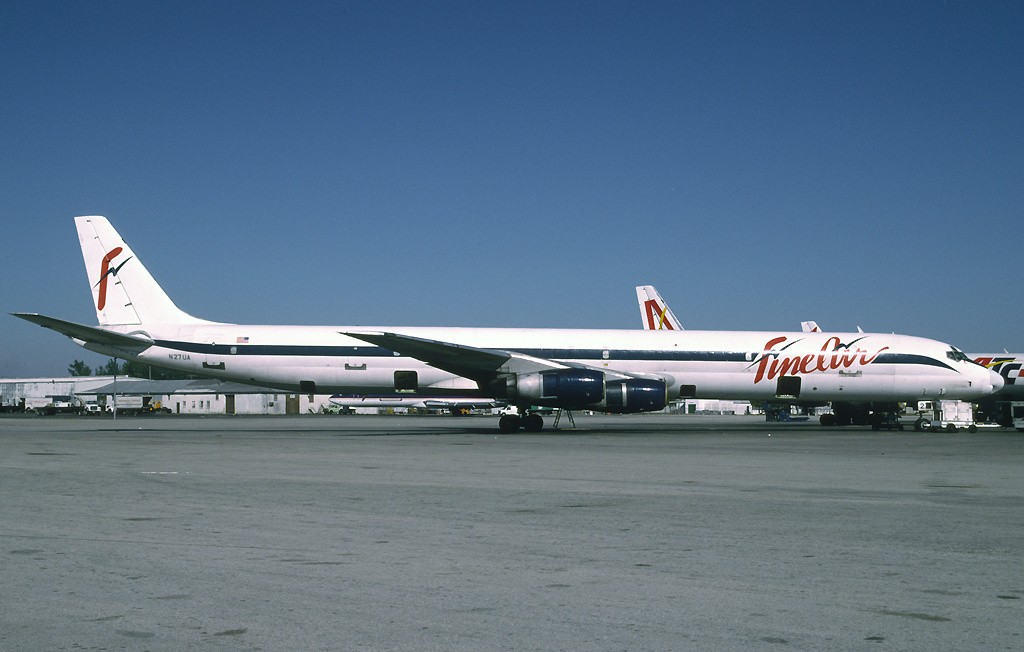 Inside one of the cars sat a man who had just arrived back at his shop in the mini-mall after picking up lunch for his wife and himself. He was unable to make it out of the car and was caught up in the fireball that engulfed the multi-lane avenue, field, and parking lot.

The plane's wreckage fell four feet short of the entrances to three shops. It missed two occupied cars and a truck that were waiting for the traffic signal at the intersection of NW 31st Street and NW 72nd Avenue, less than 30 yards (27 m) away.

The only deaths were those of the three aircrew members, a company security guard on the flight, and the man in the parking lot. In the minutes following the crash, police were alerted to a fire at NW 72nd Ave, only to discover it was a plane crash. For nearly 45 minutes, mixed reports claimed the plane was a passenger flight, but within the hour the control tower at MIA confirmed it was Fine Air Cargo Flight 101.

PROBABLE CAUSE: "The aircraft had entered a 85deg. nose-up attitude after take-off, stalled and crashed. Preliminary investigation results show that, of the 49 aluminum cargo latches that were found, 48 were in an open (unlocked) position. There are a total of 90 cargo latches on the plane to hold the 16 pallets of denim it was carrying at the time." 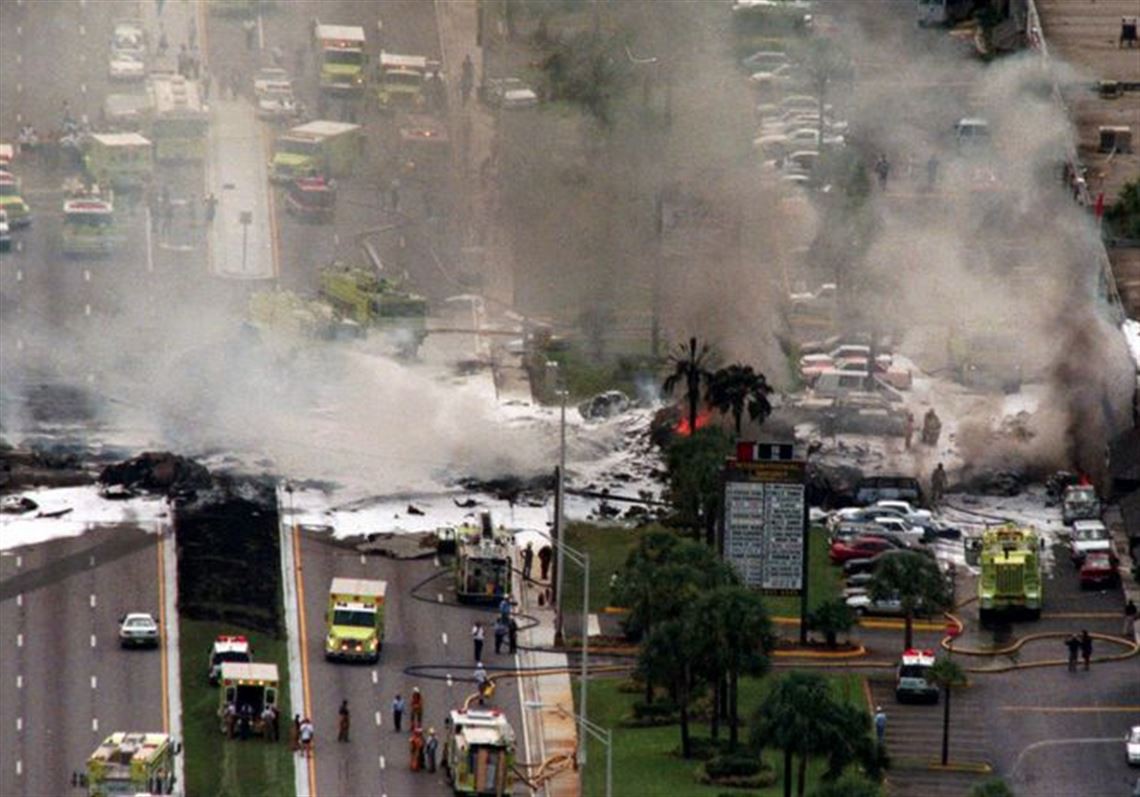 Notes: All times are expressed in eastern daylight savings time. Only radio transmissions involving the accident aircraft were transcribed. 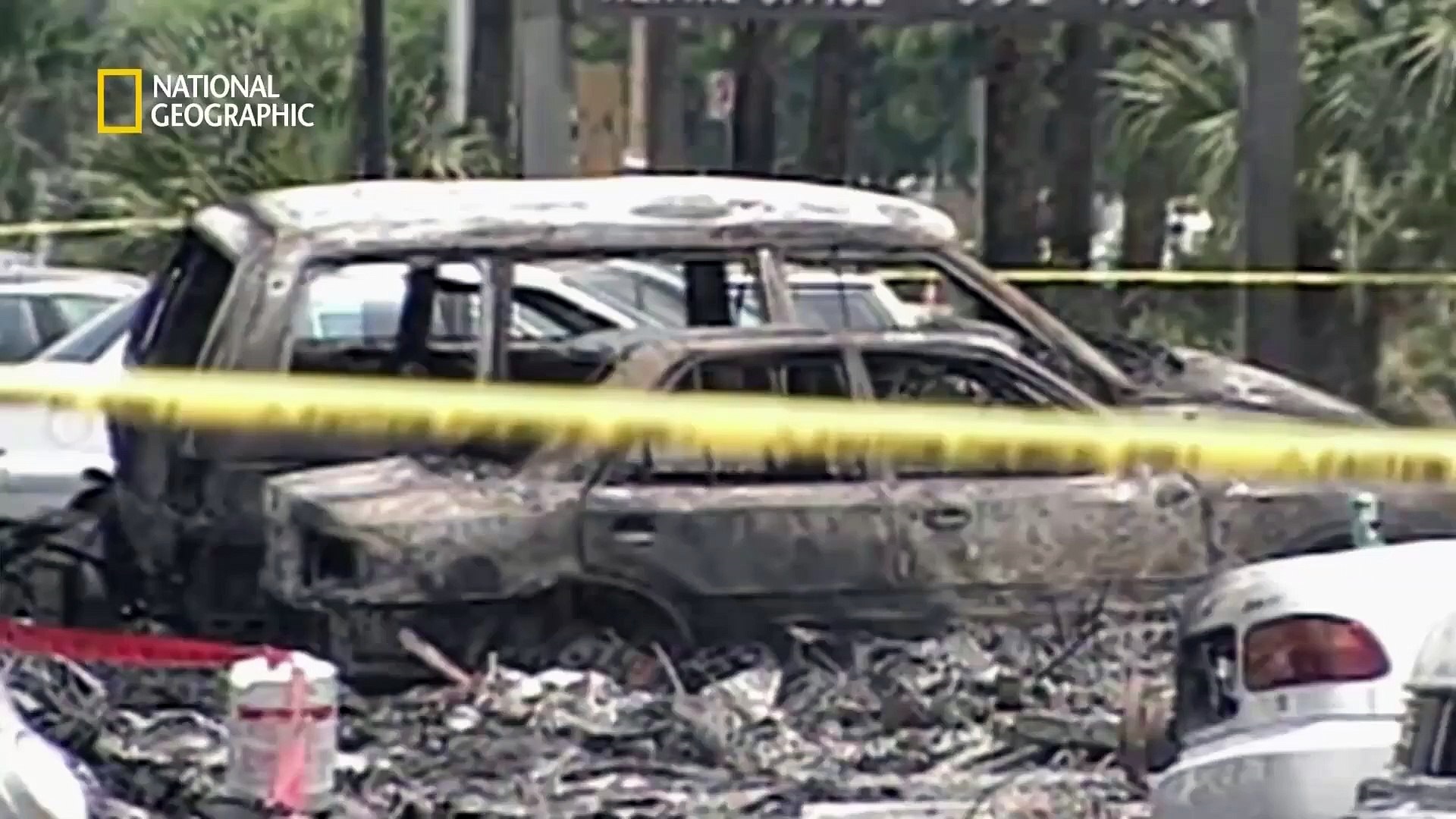