Flight Engineer Auburn Calloway knew his career was about to end. His employer, Federal Express, had recently uncovered a series of irregularities and outright falsifications in both his original employment application and in hundreds of hours of flight records. He was ordered to appear at a disciplinary hearing in the second week of April 1994. He understood that the likeliest outcome of such a hearing would be his termination, and subsequently the loss of his FAA flight certification.
His solution was as simple as it was horrifying. He would provide for his family financially, end his own life, and in the process he would punish FedEx in the worst way imaginable. 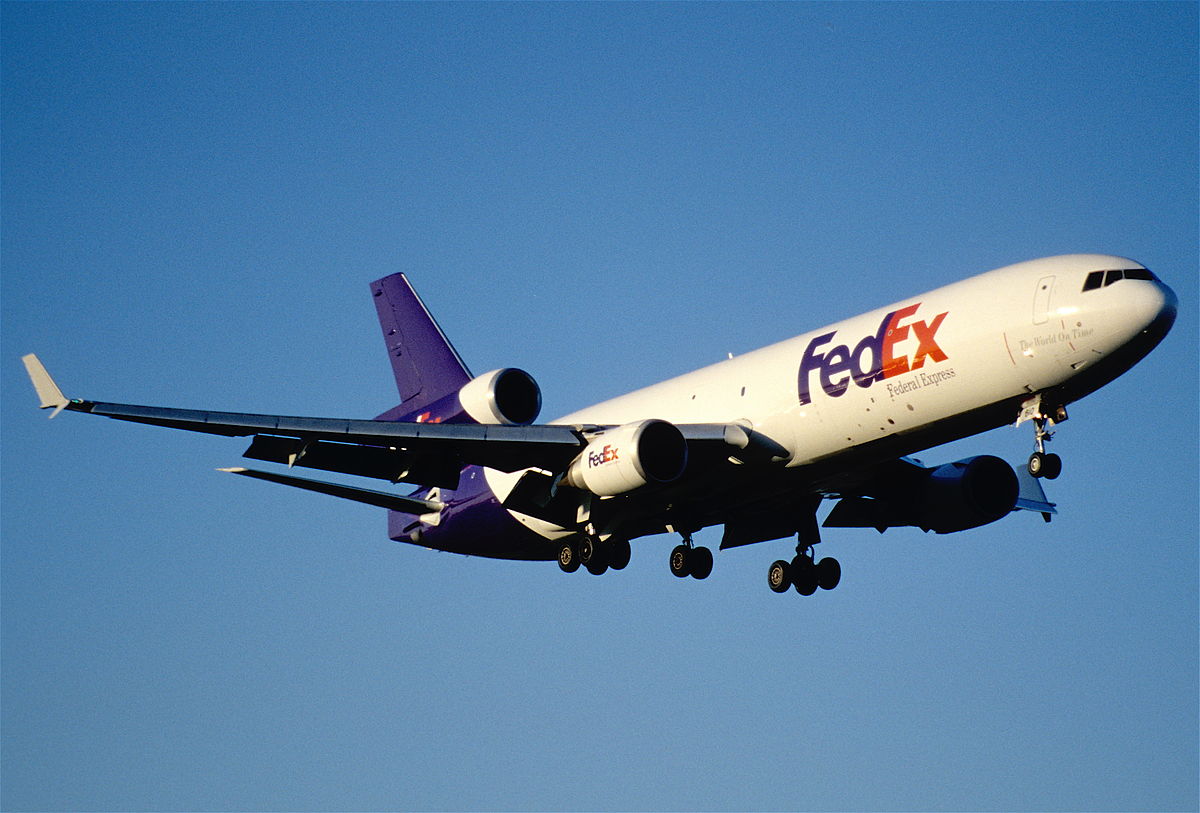 April 7, 1994: FedEx Flight 705 was scheduled to depart the company’s home hub of Memphis, Tennessee for a routine flight to San Jose, California at a little after 3:00 in the afternoon. As Captain David Sanders, First Officer Jim Tucker and Flight Engineer Andy Peterson boarded the aircraft, they were somewhat startled to see Auburn Calloway already on board, settled into the Flight Engineer’s station and initiating pre-flight procedures. Although it was not unusual for FedEx employees to hitch rides on regular flights - a practice termed “jumpseating” - it was a pronounced breach of protocol for such deadheaders to interfere with flight operations. They said nothing, though, and Calloway wordlessly gave his seat to Andy Peterson. He strapped himself into a jumpseat aft of the cockpit. At his feet was a guitar case, the only baggage he had brought on board.

Less than thirty minutes into the flight, the bloodbath began.

The weapons that Calloway chose for his attack seem bizarre and indicative of a deranged mind. When one understands the cold calculation of his plan, though, the terrible logic becomes clear. The guitar case contained two claw hammers, two sledge mallets, a knife and a spear-gun. Calloway could have easily smuggled a gun on board Flight 705, but he wanted to inflict no injuries that were inconsistent with an air crash—for that was at the heart of his plan. Having already purchased thousands of dollars worth of death and dismemberment insurance, he planned to bludgeon to death the crew of Flight 705, then crash the DC-10 into the terminal of the Memphis Super hub. His own death would secure his family’s future, while the devastating crash would likely destroy FedEx. But first he had to kill the crew; it was their will to survive that foiled Auburn Calloway’s plan.

None of the three men heard Calloway enter the cockpit. Sanders suddenly became aware of a struggle, and heard the awful sound of hammer blows raining down upon his crewmates. He turned to see both men slumped in their chairs, injured terribly, and a blood-soaked Auburn Calloway moving toward him. 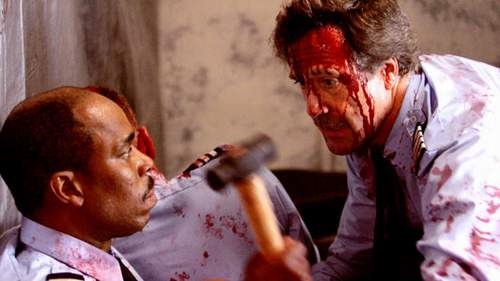 Calloway swung wildly at Sanders. Some of the blows landed, some were deflected. The plane lurched as Sanders desperately tried to defend himself. Then something happened that Calloway had not counted upon. Tucker and Peterson recovered and began fighting back. Calloway was surrounded; he flailed about with the hammer, still inflicting gruesome injuries. The men would not give up, though, and Calloway at last retreated from the cockpit.

Sanders, Tucker and Peterson scarcely had time to register what had happened—they didn’t even have a chance to radio for help—before Calloway returned. Now armed with the spear-gun, he threatened the men who were advancing upon him once again.

Andy Peterson was bleeding from nearly a dozen wounds to his face and head. He teetered on the brink of consciousness, and couldn’t even see Calloway, who was only a few feet away. He could see the spear-gun, though—he could see the barbed steel shaft that protruded from the barrel just inches from his face. He grabbed at the weapon and threw himself on top of Calloway.

Captain Sanders joined the fray as Jim Tucker struggled to control the airplane. By now, Tucker’s right arm was nearly useless as the grave injuries to his skull brought on paralysis. He knew that his wounded crewmates could not last long against Calloway, so he assisted the only way he could. He pulled the control yoke all the way back to his chest, and rolled it to the left.

The DC-10 was executing a barrel-roll at nearly 400 miles per hour—something the aircraft had never been designed to do. Peterson and Sanders were shouting “Get him! Get him!” to each other, as the three struggling men were tossed about the galley area, alternately weightless and pressed upon by three times their weight in G forces. By now, the aircraft was inverted at 19,700 feet, and the alarmed air traffic controllers in Memphis were desperately calling for Flight 705. 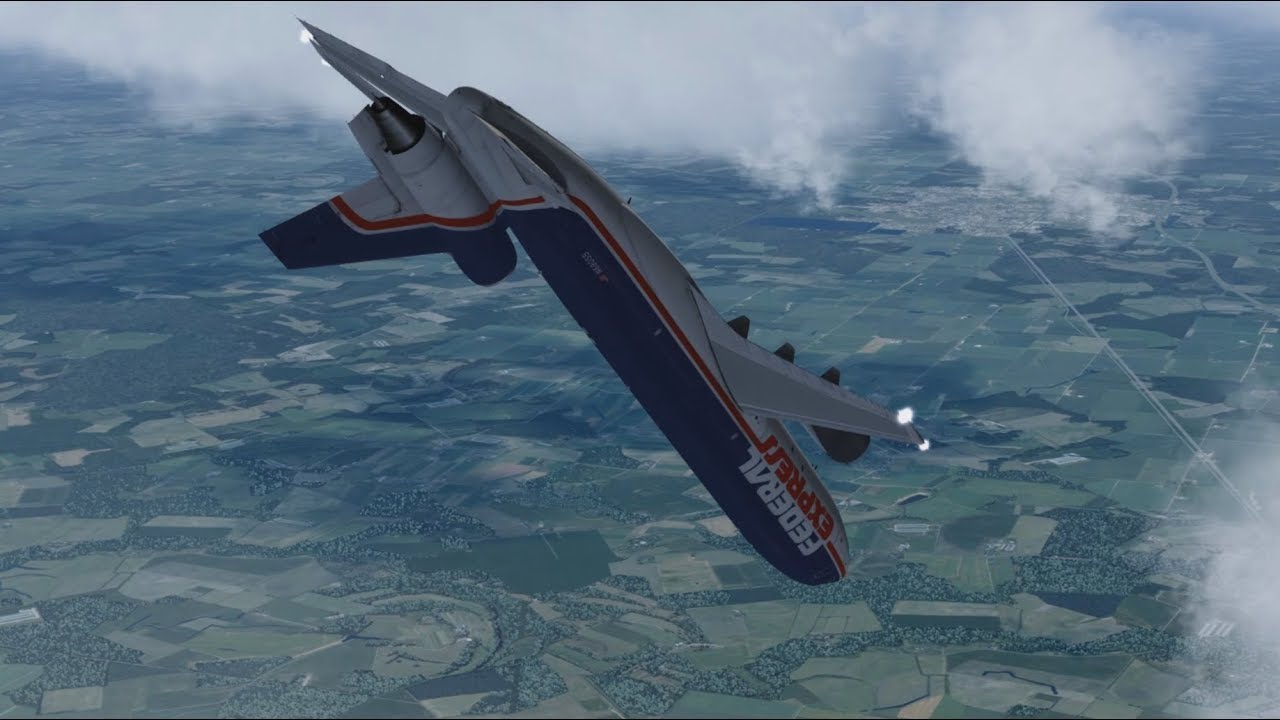 Tucker initiated a series of wild maneuvers. He knew he had to keep the craft’s motion unpredictable, or Calloway would simply wait for the roll to end then resume his attack. Tucker abruptly threw the yoke forward, and sent the plane into a vertical dive. He realized then that the throttle controls, located to his right, were pressed forward to their stops; he could not reach them with his limp right hand. The diving DC-10 accelerated past 500 miles per hour, then past the instruments’ capacity to register. Flight 705 was now traveling faster than any DC-10 had ever gone, and was undergoing velocity stresses that the airframe could not sustain.

Somehow, Tucker pulled from the dive, then reached across the yoke with his left hand to cut power. At last he grabbed a radio headset and called Memphis.

Flight 705 turned back for Memphis and was cleared for any runway. No one on the ground understood what had happened—all they knew was that an unnerved crew member had reported some sort of “attack,” and had requested an emergency landing.

A paramedic boarded the plane, and found blood and gore everywhere he looked. Sanders and Peterson were laying on top of a still-struggling Calloway, while Jim Tucker sat shaking at the co-pilot’s station. Calloway was handcuffed and hauled away. 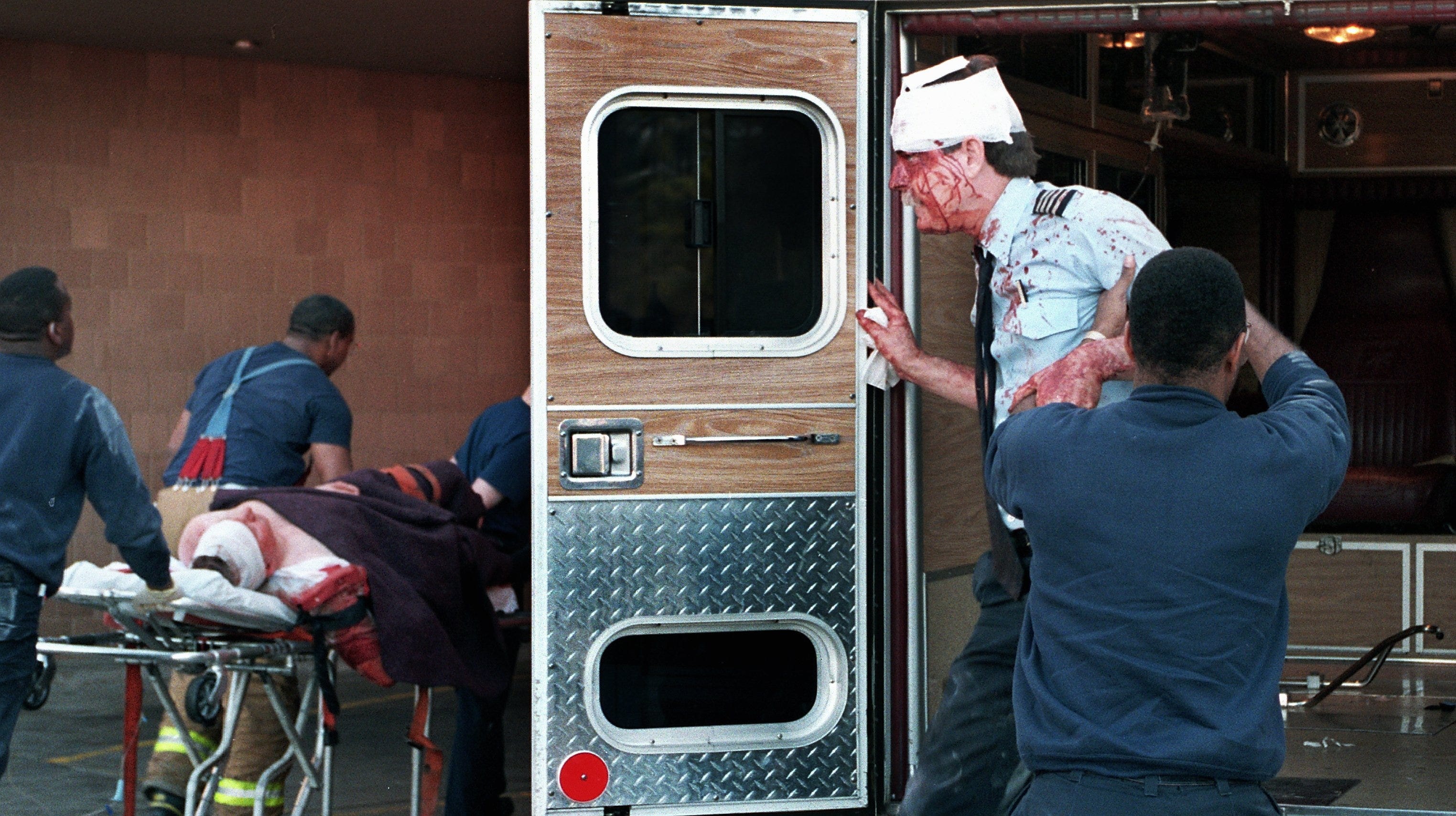 Within days, the FBI searched Calloway’s apartment and uncovered detailed evidence of his plan. Calloway would attempt to have that evidence suppressed for lack of probable cause, but was unsuccessful. He was convicted on a two-count indictment of air piracy and interference of flight operations. Auburn Calloway was sentenced to life imprisonment without the possibility of parole, and is currently residing at the federal penitentiary in Atlanta.

Sanders, Tucker and Peterson had survived a suicidal act of piracy, but at a terrible cost. Sanders suffered multiple lacerations to his head, had been stabbed in his right arm and had a dislocated jaw. His right ear had been almost completely severed.

Jim Tucker’s skull was severely fractured. The right-sided paralysis would pass, but he would experience ongoing motor-function impairments to his right arm and leg. He was also blinded in one eye. 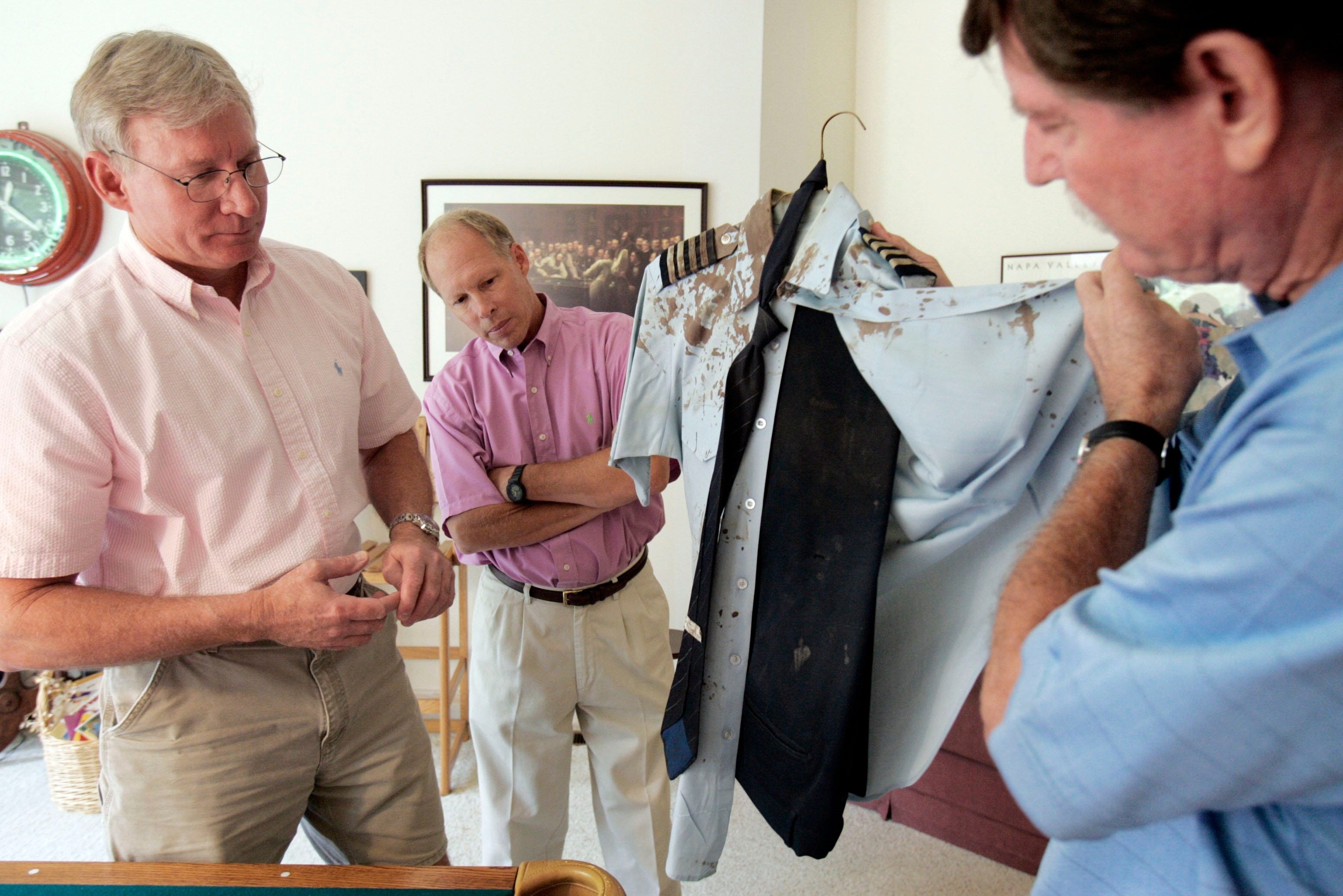