Trans World Airlines (TWA) Flight 159 was a regular scheduled passenger flight from New York to Los Angeles, California with a stopover in Greater Cincinnati Airport, Kentucky that crashed after an aborted takeoff from Cincinnati on 6 November 1967. The Boeing 707 attempted to abort takeoff when the co-pilot became concerned that the aircraft had collided with a disabled DC-9 on the runway. The aircraft overran the runway, struck an embankment, and caught fire. All 29 passengers and 7 crew escaped the aircraft but one passenger died of his injuries four days later.

The NTSB concluded that the crash occurred due to the TWA flight crew's inability to successfully abort takeoff due to the speed of the aircraft, and that a runway overrun was unavoidable at the 707's speed. The disabled DC-9, a Delta Air Lines flight, had reported that it had cleared the runway, when in fact it had not, was a contributing factor in the crash. The NTSB recommended that the FAA establish and publicize standards of safe clearance from runway edges for both aircraft and ground vehicles which also take into account the exhaust fumes of jet engines. The Board also recommended a re-evaluation of training manuals and aircraft procedures in regards to abort procedures. 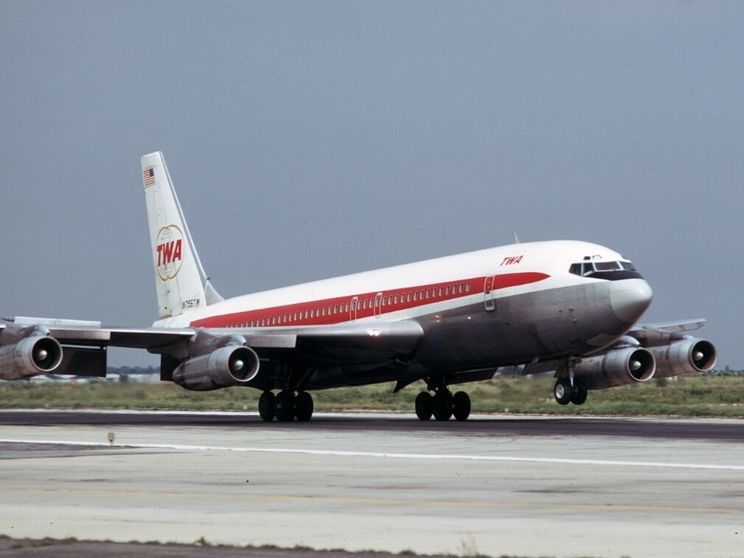 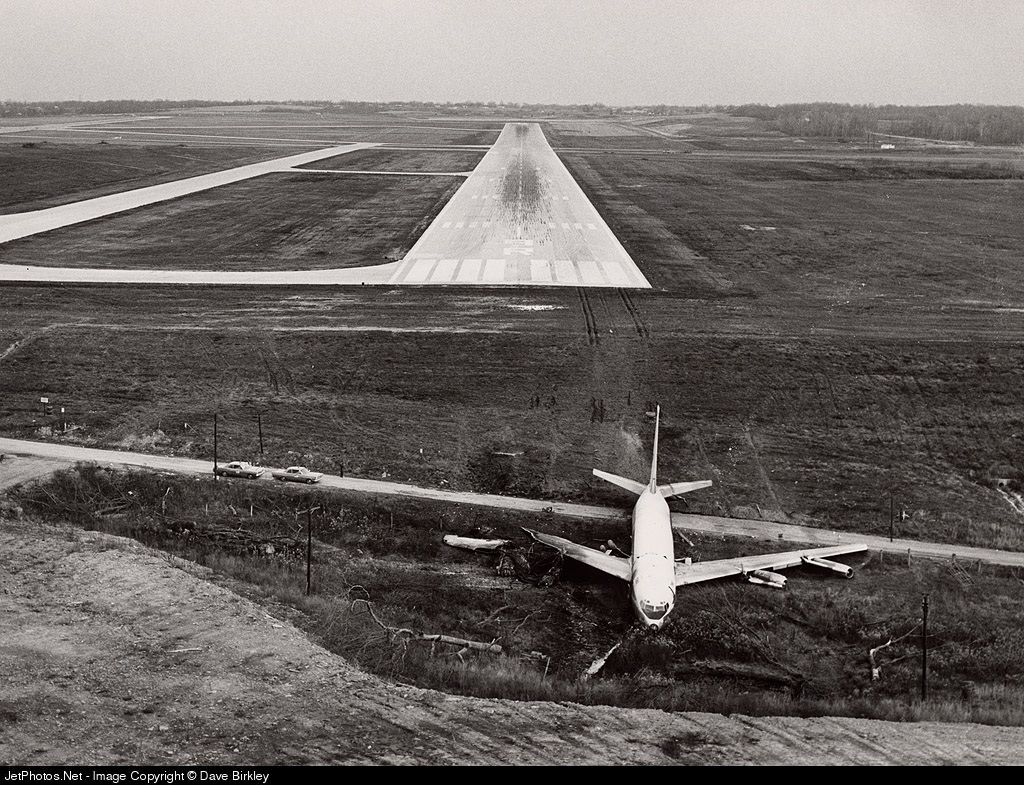