Captain Peter Hamilton and First Officer Donald Rowland had flown on various flights together before, and had an ongoing discussion on when to arm the spoilers. They both agreed they did not like arming them at the beginning of the final approach, fearing it could lead to an inadvertent spoiler deployment. The captain preferred arming them on the ground, while the copilot preferred arming them during the flare.

The flare is executed just above the runway, causing the plane's nose to rotate up. That ensures the nose wheel does not contact the runway first, and it also reduces the rate of descent so that the main wheels will not impact the runway too hard. The thrust of the engines is reduced to idle at the same time, causing the speed of the plane to slow significantly. 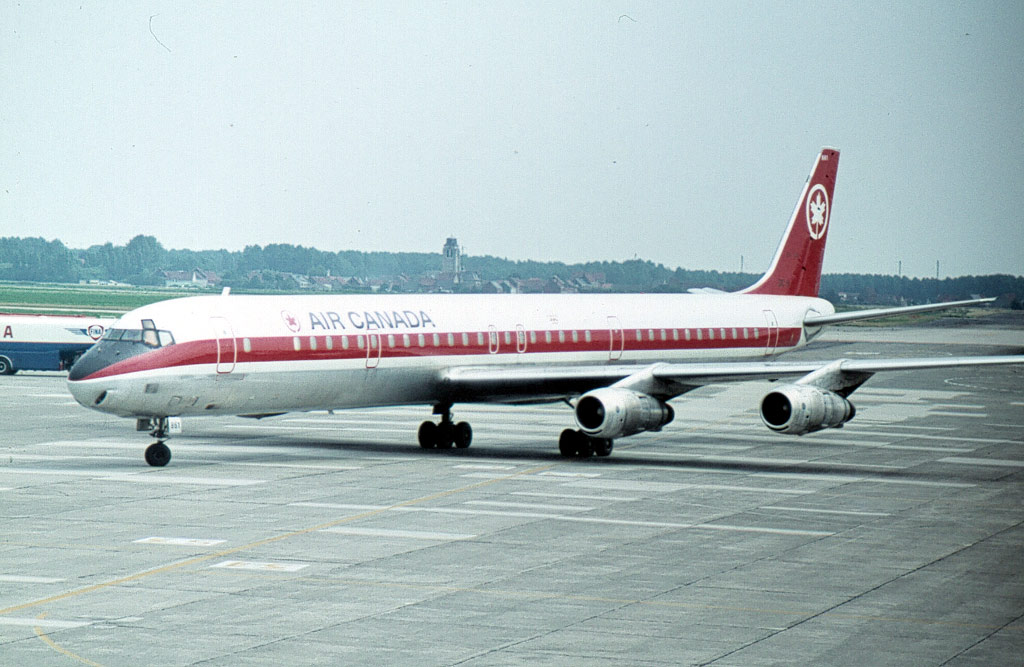 This is a picture of an Air Canada DC-8, similar to the one flown in Air Canada Flight 621. On this particular instance however, the captain was piloting the landing and said, "All right. Give them to me on the flare. I have given up." This was not their usual routine. Sixty feet from the runway, the captain began to reduce power in preparation for the flare and said, "Okay" to the first officer. The first officer immediately armed and deployed the spoilers. The aircraft began to sink heavily and the captain, realising what had happened, pulled back on the control column and applied full throttle to all four engines. The nose lifted, but the aircraft still continued to sink, hitting the runway with enough force that the number four engine and pylon broke off from the wing. Realising what he had done, the first officer began apologizing to the captain. The aircraft eventually managed to lift off for a go-around, but the lost fourth engine had torn off a piece of the lower wing plating and the aircraft was now trailing fuel, which ignited. The first officer requested a second landing attempt on the same runway but was told it was closed due to debris and was directed to another runway.

Two and a half minutes after the initial collision, the outboard section of the right wing above engine number four exploded, causing parts of the wing to break off. Six seconds after this explosion, another explosion occurred in the area of the number three engine, causing the pylon and engine to both break off and fall to the ground in flames. Six and a half seconds after the second explosion, another explosion occurred, destroying most of the right wing, including the wing tip. The aircraft then went into a violent nose dive, striking the ground at a high velocity and killing all 100 passengers and the nine crew members on board.

The mishap was the first Air Canada accident involving fatalities since November, 1963, when another DC-8, Flight 831, also bound from Montreal to Toronto, crashed with a loss of 118 lives. Wreckage, bodies, bits of clothing and women's pocketbooks were strewn for more than 100 yards beyond the impact spot. The plane dug a furrow eight or 10 feet deep, less than 200 feet from a house in which a family of 10 persons lived.

Recovery and identification of bodies proceeded slowly. More than 20 of the passengers were United States citizens, all of them listed as being from Southern California. 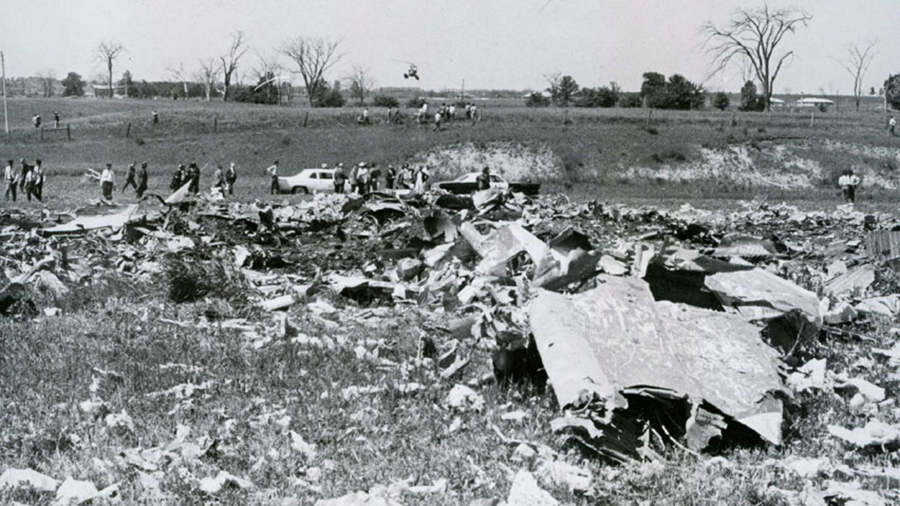