The aircraft was being operated as a General Aviation Flight 115 and was departing on a routine night flight. During takeoff/initial climb, the left engine lost power. The flight crew attempted to continue the climb-out, but following the application of water-methanol, the pilot lost directional control. Subsequently, the aircraft banked to the left, entered a descent and impacted between the paralled runways.

An investigation disclosed that the left propeller's blade angle was 21 degrees. No preimpact system malfunction or failure was found. The CVR recording indicated that the flight crew did not complete all of the items on the before taxi/takeoff checklist. One of the items (presumably not completed) was a check of the H.P. cock levers. the checklist required that the H.P. cock levers be in 'cruise lockout for takeoff'. The left H.P. cocklever was found between the 'fuel off' and 'feather' position. Movement to this position would have deactivated the auto-feahter system and shut down the left engine. 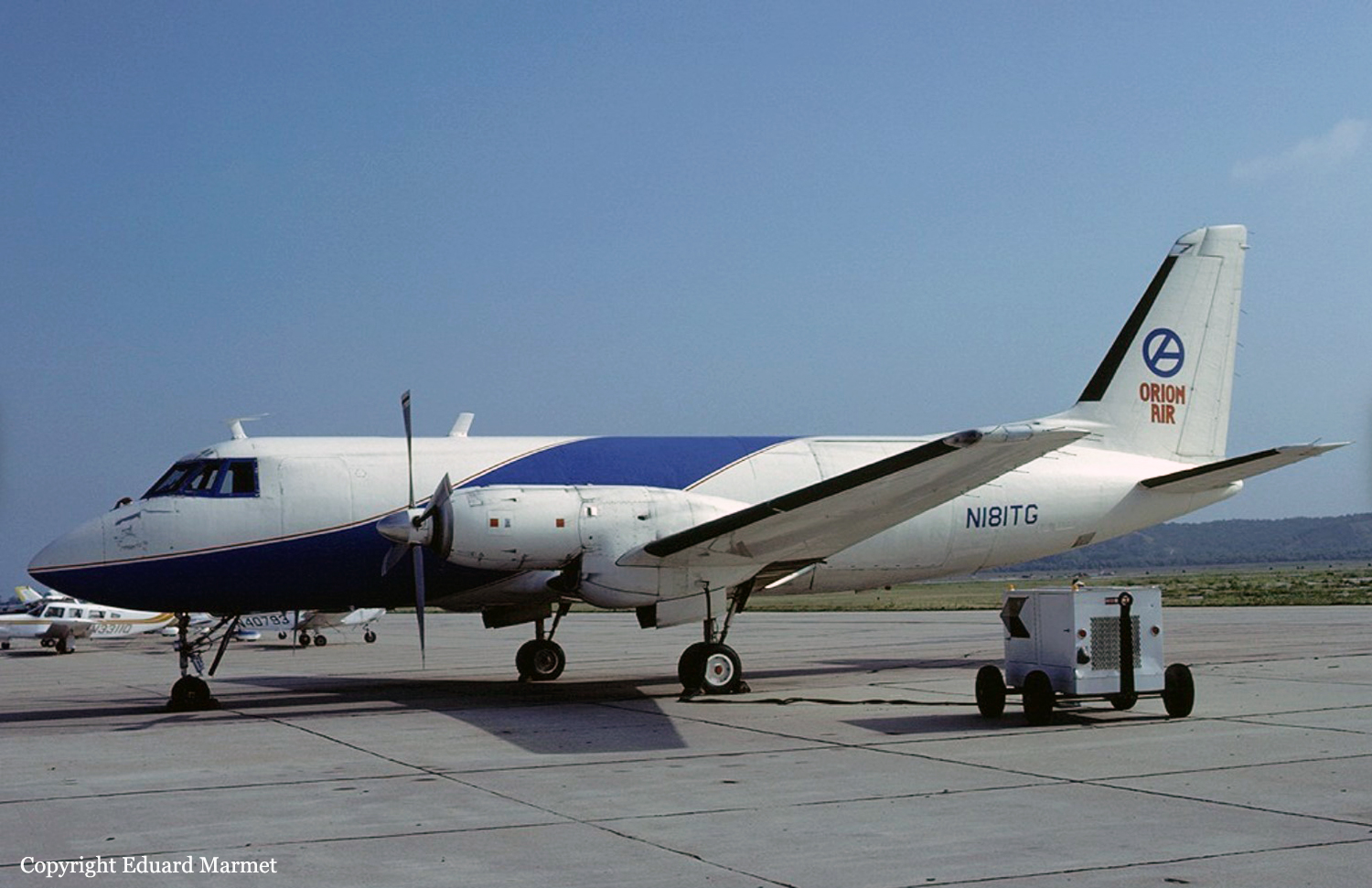 F/O: Four Lights
F/O: Engine Instruments are in the green, dry power's coming up (Referring to non-water methanol takeoff)
F/O: There, through the line, eighty knots
Capt: My yoke
F/O: V1
Capt: Throttle
(Sound of no. 1 engine failing)
F/O: Vr. Keep it going
Capt: Gear up
F/O (to ATC): General 115 we've got a problem
ATC: General 115, roger. Say intention
Capt (To ATC): Uh, we're going to try and climb it out
Capt: Full Power
ATC: Roger
F/O: Trim it up on the, uh, right engine now (Referring to the fuel trimmer, a system on RR Dart powered aircraft)
F/O: Water Methanol's coming in
(Sound of change in engine RPMs)
Capt: Help me, I can't control it, shut it off
ATC: Wind is 250 at three, uh-
Capt: Shit
==Sound of heavy breathing==
==Sound of Impact==
END OF RECORDING