On January 31, 2000, about 1621 Pacific standard time, Alaska Airlines, Inc.,flight 261, a McDonnell Douglas MD-83, N963AS, crashed into the Pacific Ocean about
2.7 miles north of Anacapa Island, California. The 2 pilots, 3 cabin crewmembers, and 83 passengers on board were killed, and the airplane was destroyed by impact forces. 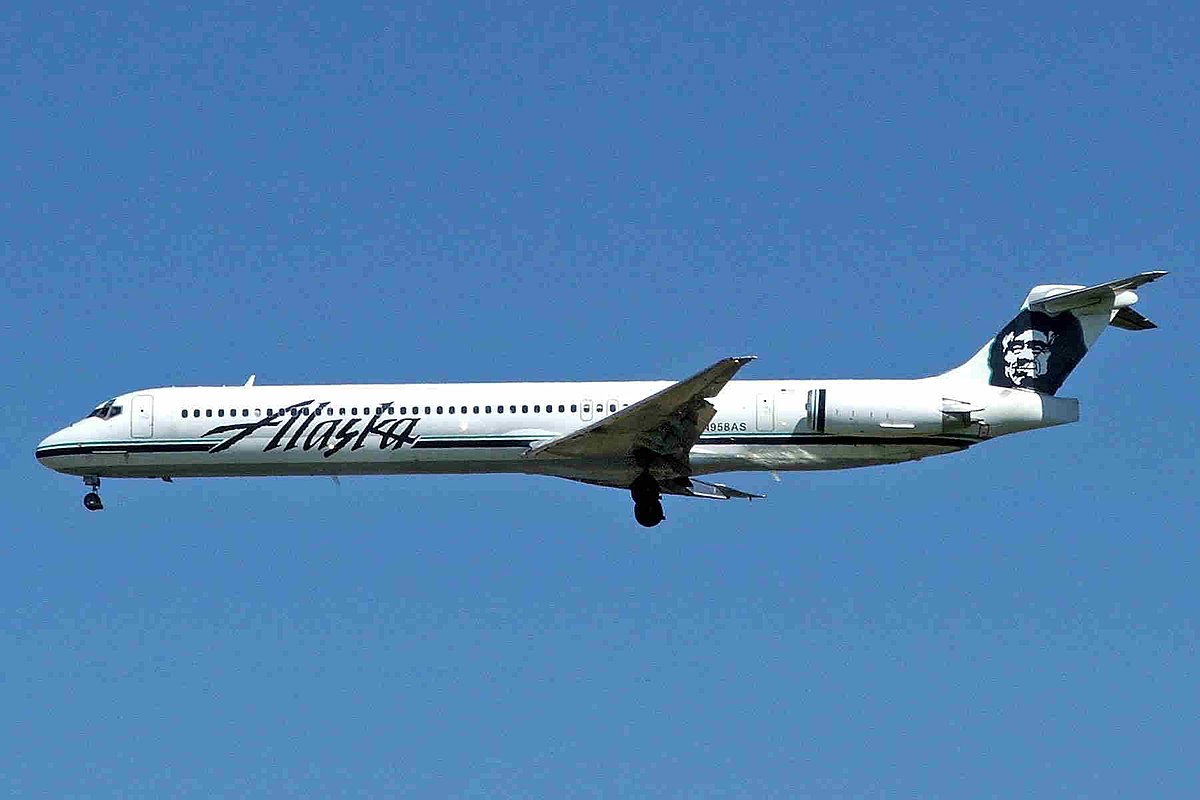 The National Transportation Safety Board determines that the probable cause of this accident was a loss of airplane pitch control resulting from the in-flight failure of the horizontal stabilizer trim system jackscrew assembly's acme nut threads. The thread failure was caused by excessive wear resulting from Alaska Airlines. insufficient
lubrication of the jackscrew assembly.

Contributing to the accident were Alaska Airlines. extended lubrication interval and the Federal Aviation Administration.s (FAA) approval of that extension, which increased the likelihood that a missed or inadequate lubrication would result in excessive wear of the acme nut threads, and Alaska Airlines. extended end play check interval and
the FAA.s approval of that extension, which allowed the excessive wear of the acme nut threads to progress to failure without the opportunity for detection. Also contributing to the accident was the absence on the McDonnell Douglas MD-80 of a fail-safe mechanism to prevent the catastrophic effects of total acme nut thread loss. 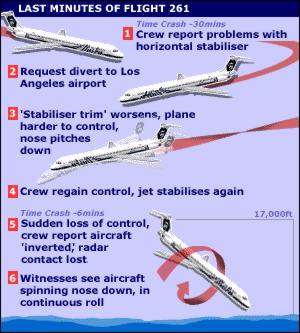 The photo below shows the jackscrew from the horizontal stabilizer of Alaska Airlines flight 261.
It is approximately 2 feet long and was recovered from main wreckage site on February 8, 2000. 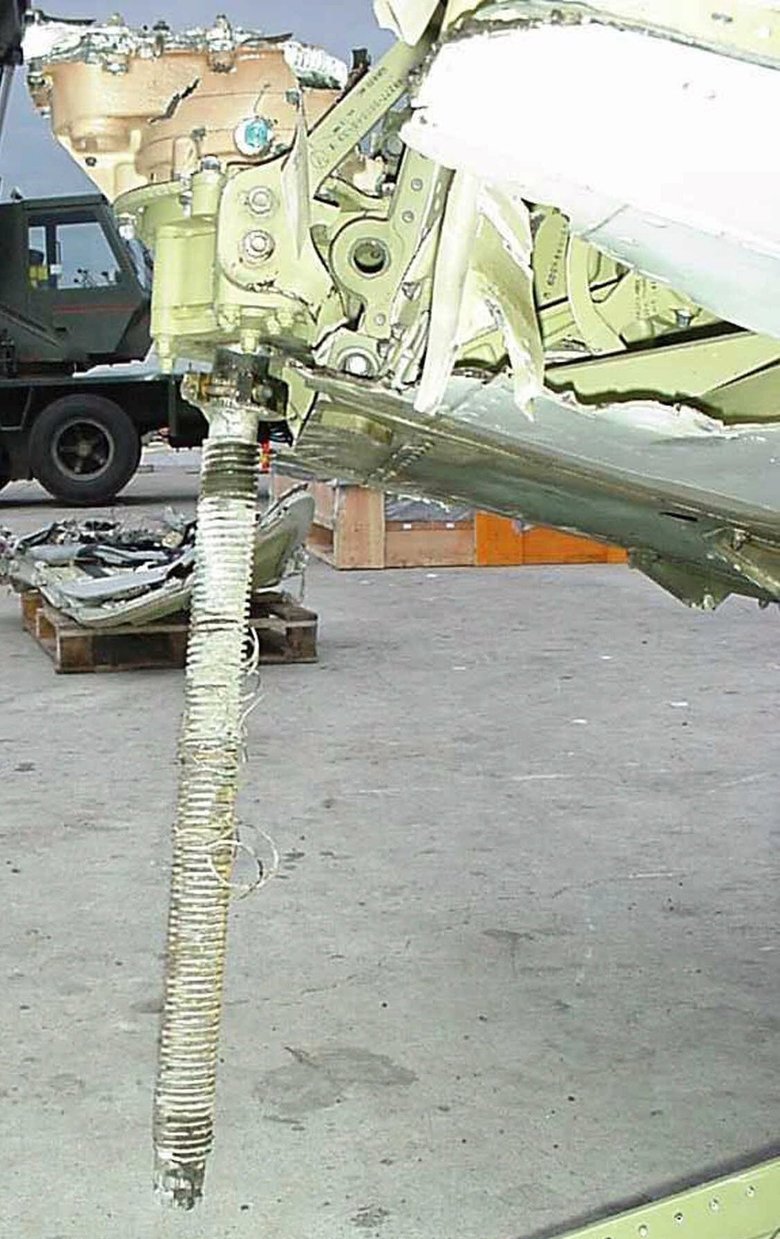 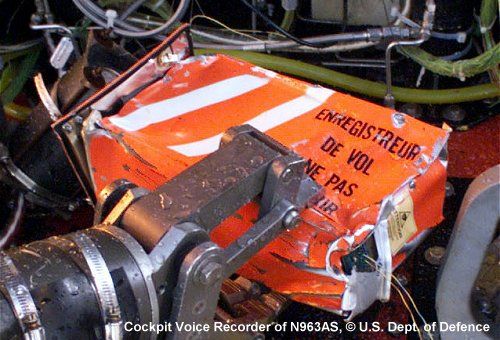