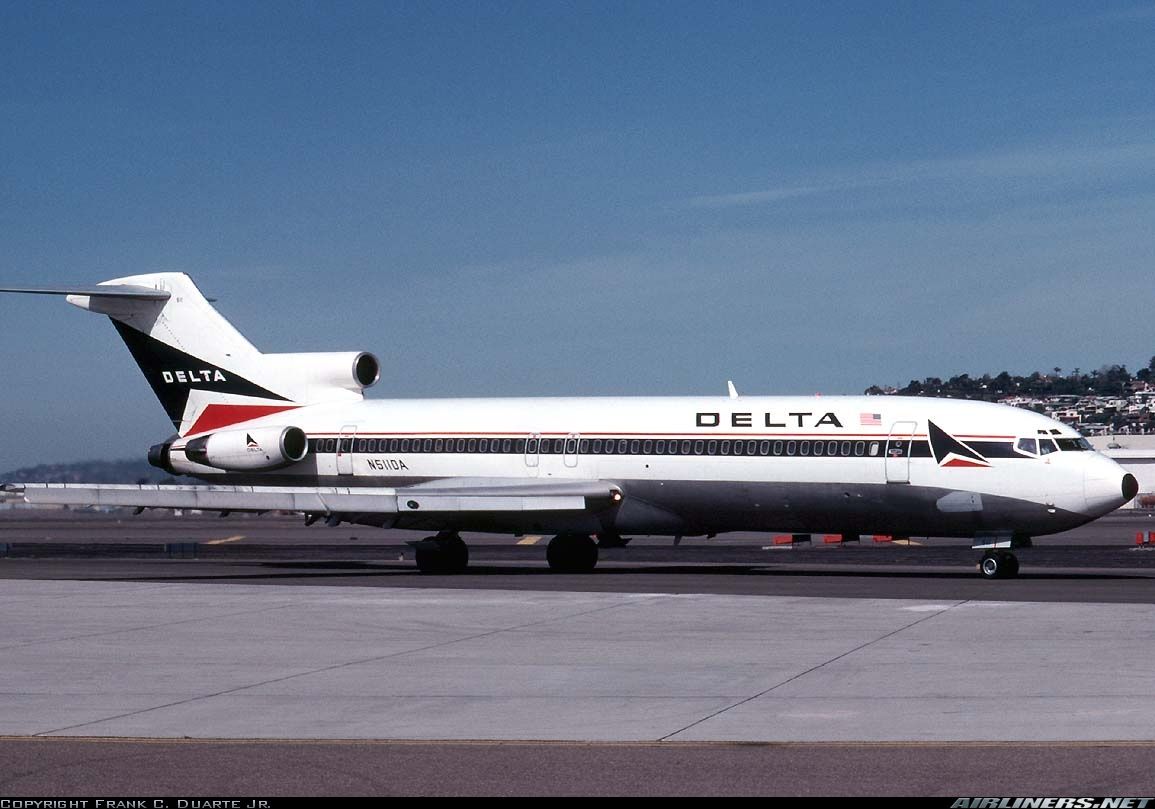 Flight DL1141 (Jackson - Dallas - Salt Lake City) left Gate 15 at 08.30h and was instructed to taxi to runway 18L. When first in line for take-off (at 08.59h) the flight was cleared for takeoff. The takeoff was uneventful until the airplane reached the rotation phase (at 154kts, 6017ft down the runway). As the main gear wheels left the ground, the airplane began to roll violently, causing the right wingtip to contact the runway (1033ft after lift-off), followed by compressor surges. The plane continued and struck the ILS localizer antenna array 1000ft past the end of runway 18L. After impacting the antenna installation, the airplane remained airborne for an additional 400ft, then struck the ground, traversed a ground depression and slid sideways until it came to rest near the airport perimeter fence, 3200ft from the runway end. Parts of the aircraft had separated in the slide and a fire had erupted in the right wing area, quickly engulfing the rear, right side of the airplane after it came to rest.

Two cabin crew members (out of four) and twelve of the 101 passengers on board lost their lives: a total of 14 deaths. One passenger, who sat in 29C and had exited the aircraft through the aft break in the left side of the fuselage,:37 attempted to re-enter the aircraft, received burn wounds, and died 11 days later.

PROBABLE CAUSE: "(1) The captain and first officer's inadequate cockpit discipline which resulted in the flight crew's attempt to takeoff without the wing flaps and slats properly configured; and (2) the failure of the takeoff configuration warning system to alert the crew that the airplane was not properly configured for the takeoff. Contributing to the accident was Delta's slow implementation of necessary modifications to its operating procedures, manuals, checklists, training and crew checking programs which were necessitated by significant changes in the airline following rapid growth and merger. Also contributing to the accident was the lack of sufficiently aggressive action by the FAA to have known deficiencies corrected by Delta and the lack of sufficient accountability within the FAA's air carrier inspection process." 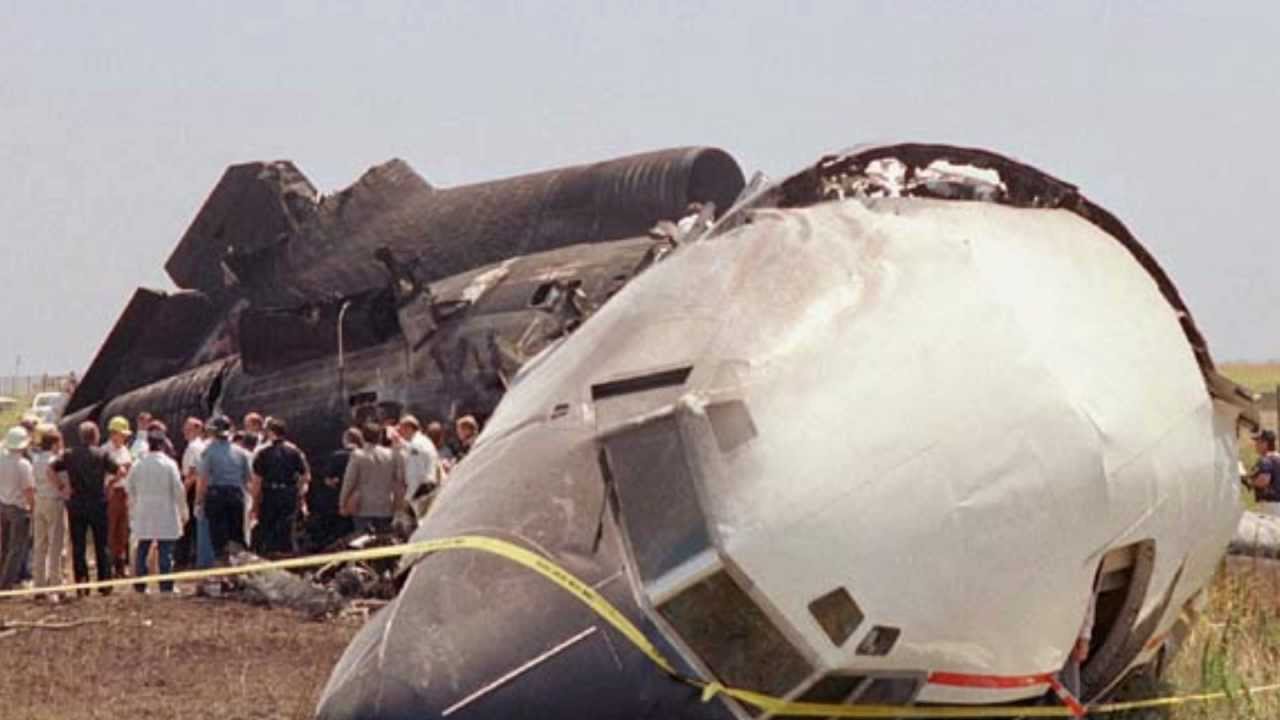 F/O: We got an engine failure! 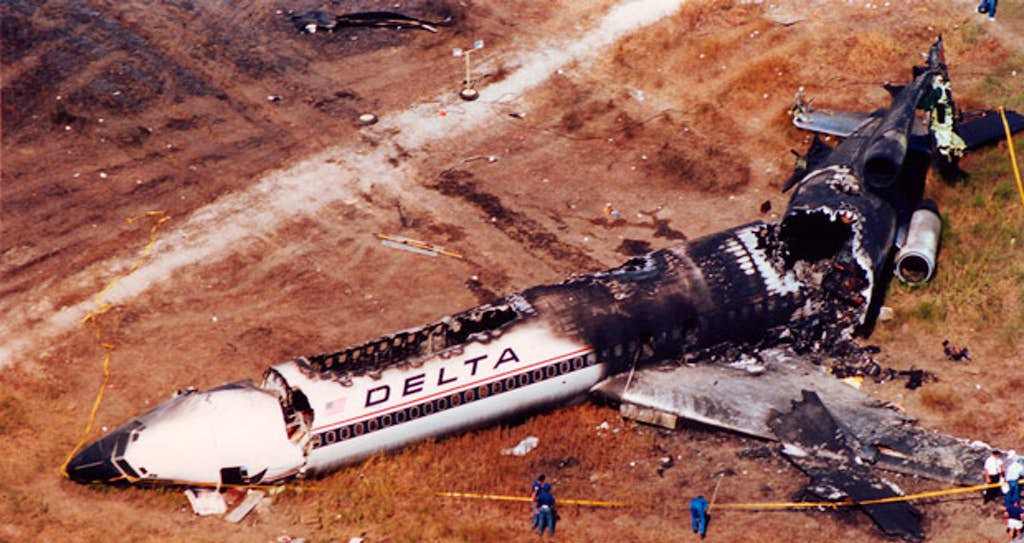