Vnukovo Airlines Flight 2801, a Tupolev Tu-154M built in 1986, with registration RA-85621, was a chartered flight from the Russian company Vnukovo Airlines which on August 29, 1996 crashed into a mountain on Spitsbergen in the Svalbard archipelago, killing all 141 people on board. 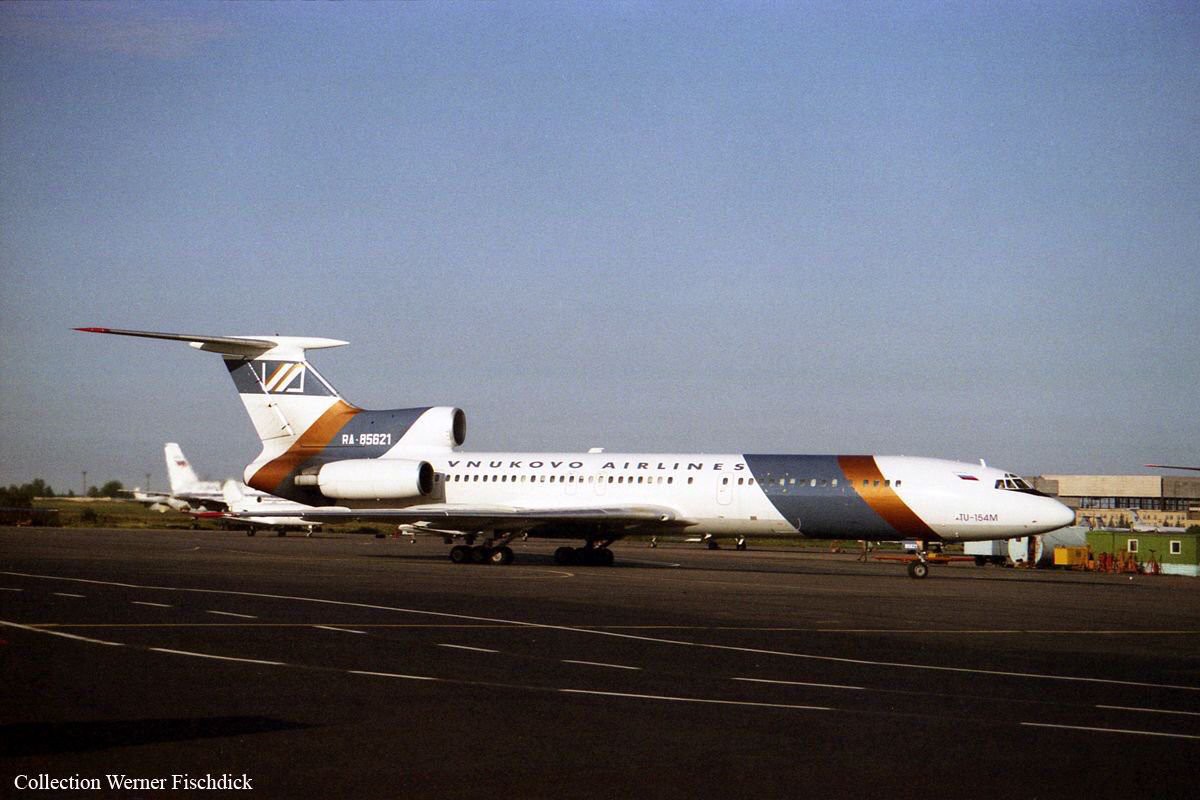 Vnukovo Airlines flight VKO 2801 departed Vnukovo Airport at 04:44 hrs GMT bound for Svalbard Airport Longyear. It was a chartered flight with workers and their families to coal mining towns at Svalbard.

The flight was normal until the start of the descent. Before radio contact with Longyear Information, the crew went through the detailed landing procedure for runway 10. At 09:56 hrs, the crew were cleared to start the descent. A little later, the crew received additional information consisting of runway in use 28, wind 230deg at 16 knots, visibility more than 10 km, rain showers, clouds: few at 1500 ft, scattered at 2000 ft and broken at 4000 ft, temp. 5degC, dewpoint -0deg C and QNH 1005 hPa. (Later changed to 1006 hPa). The crew tried to request runway 10 for landing twice, but the request was not understood as such by Longyear Information due to language difficulties.

When the flight was overhead the ADV beacon, at 10:15 hrs, the crew reported the position to Longyear Information and entered the base turn with a bank angle of 22deg. At 10:16 hrs, the aircraft came out of this turn on magnetic heading 160deg. During the right turn to the base turn, a malfunction occurred in the electric trimming mechanism, which was corrected by the crew. At 10:17 hrs, the crew started the turn to bring the aircraft out on the magnetic inbound course 300deg, as prescribed by the approach chart. The distance from the airport at this moment was 14 NM (25.9 km), as prescribed by the approach chart, but the lateral deviation from the outbound magnetic course 155deg from ADV was 2 NM (3.7 km) to the left.

At 10:18 hrs, after the radio altimeter aural warning had been activated twice, the co-pilot took the controls and, after 6 seconds, turned the autopilot pitch channel off by 'overriding' it. From then on until the impact, the flight continued in autopilot mode in the roll channel, and in manual mode in the pitch channel. The aircraft passed through the localizer centerline and when the turn had been completed, the aircraft rolled out on a magnetic heading of 290deg. At this time, there was a discussion within the crew as to whether or not the final turn had been made at the correct time. The discussion led to the roll out of the turn to final approach and a corrective turn to the right to magnetic heading 306deg. At this point, the aircraft was 14.7 NM (27.4 km) from the airport, 2.8 km to the right of the approach centerline, maintaining an altitude of 5000 ft (1520 m ) and the crew increased the flap setting to 28deg. The airspeed was reduced to approx. 330 km/hr (180 kts).

Instead of intercepting the centerline, the crew continued the flight on the right side, more or less paralleling the localizer course with minor heading changes. At 10:20 hrs the flight made a corrective turn, resulting in a track close to 300deg. At this point, the lateral deviation from the approach centerline was 3.7 km to the right. During this corrective turn, the aircraft started descending. At 10:21hrs, the crew made yet another corrective turn to the right. At 10:22:05 hrs, the aircraft started turning towards the left. The distance to the airport was 8 NM (14.8 km). On this part of the final approach, the aircraft apparently entered an area of strong turbulence created by the proximity to the mountains.

The GPWS then activated 9 seconds before impact. The crew reacted to this by applying power and initiating a pitch-up. At 10:22:23 hrs, 7.7 NM (14.2 km) from the airport at an altitude of 2975 ft (907m), the aircraft collided with the top of the mountain Operafjellet 3.7 km to the right of the approach centerline. 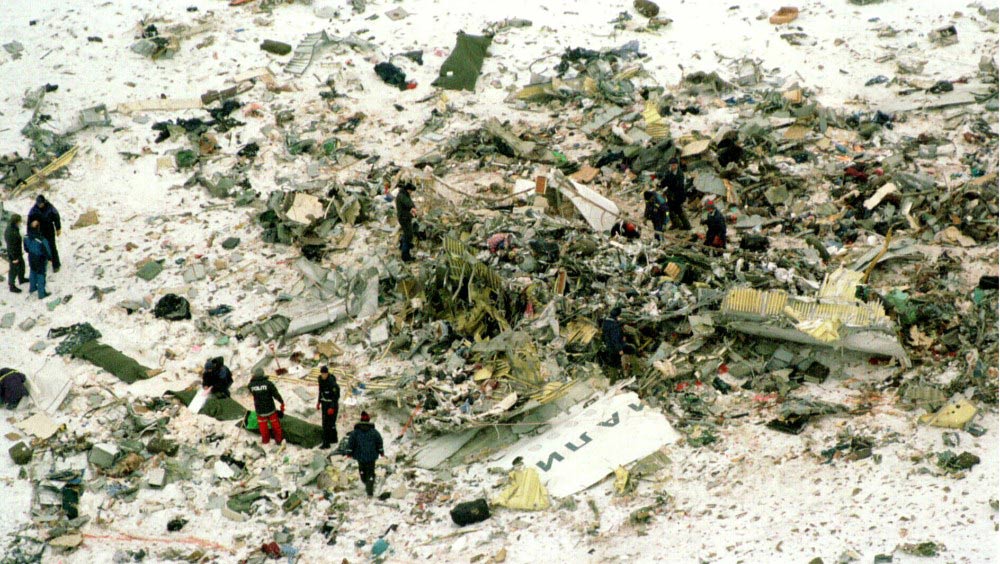 Eighteen significant factors have been identified as leading the flight to the disaster. For example, inadequate planning, unsatisfactory crew resource management and monitoring, a lack of a suitable procedure for offset localizer approaches in connection with an inappropriate rule requiring the landing course to be set instead of the localizer course, not solving navigational problems at safe altitude, not discontinuing the approach when procedural uncertainties exist, limited knowledge of the operating language and the actual airspace with respect to service given. 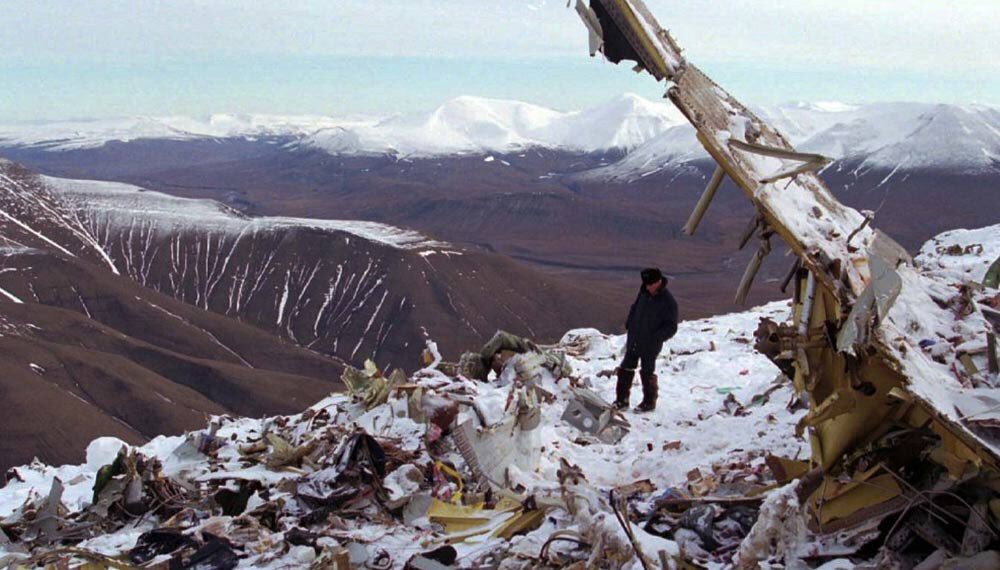