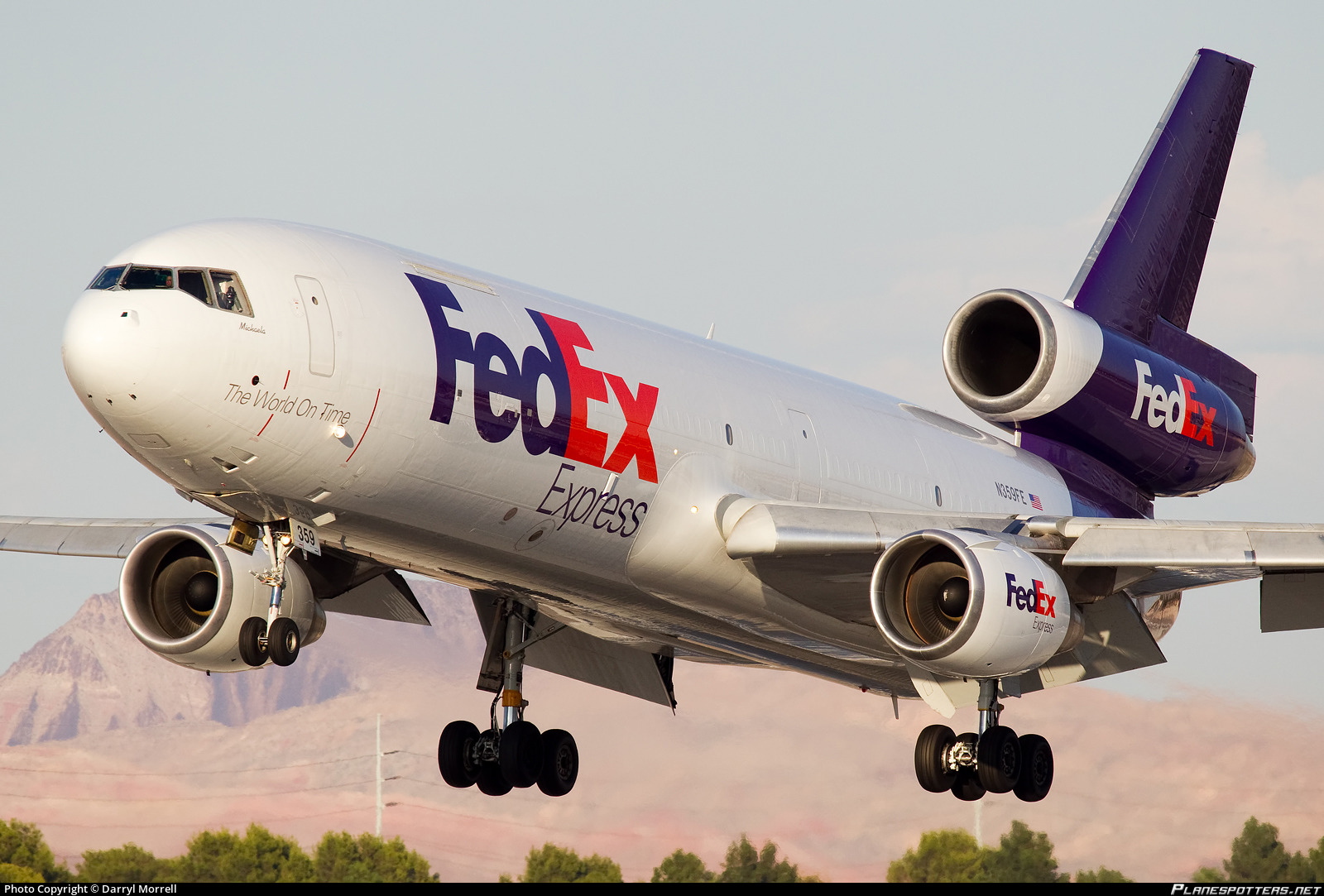 The two flight crew members evacuated the airplane after the airplane came to rest on the side of runway 10L and were not injured. The airplane was substantially damaged. The cargo flight was operating under 14 Code of Federal Regulations Part 121 and originated from Memphis International Airport (KMEM), Memphis, Tennessee. 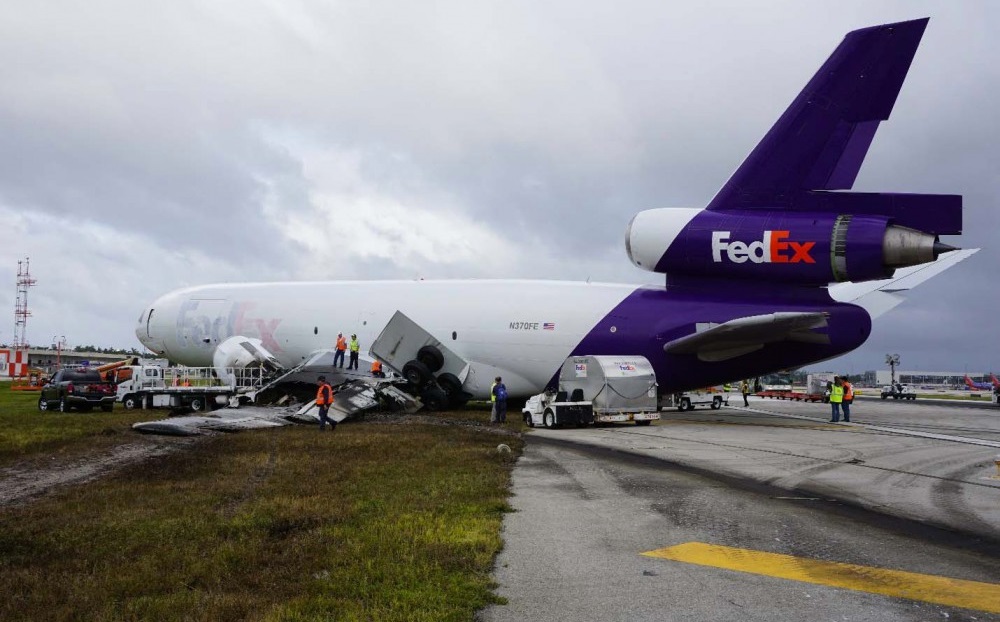 FedEx 910 landed on Fort Lauderdale's runway 10L at 17:50 local time (21:50Z). The tower reported the left side CF6 engine appeared on fire. The aircraft came to a stop about 2,000 meters (6,580 feet) down the runway and beyond the left edge with the left main gear collapsed and the left wing on fire. The airport closed all runways while emergency services responded to put the fire out. The two crew members had no injuries, but the aircraft received substantial damage. The National Transportation Safety Board (NTSB) dispatched five investigators on site and opened an investigation.

On October 31, the NTSB reported that the left main gear failed after landing and during rollout. The left engine and left wing scraped the runway and the aircraft veered to the left and came to a stop partially off the runway. Both flight crew members escaped through the right cockpit window using an escape rope. No injuries were reported. Cockpit voice and flight data recorders were taken to the NTSB lab in Washington for analysis. Following an examination of the runway, the NTSB returned control of the runway to the Fort Lauderdale Airport.

On August 23, 2018 the NTSB reported that "the failure of the left main gear was the result of a metal fatigue crack that initiated within the gear," and cited FedEx's failure to overhaul the gear at the manufacturer-recommended eight-year interval as a contributor to the crash. 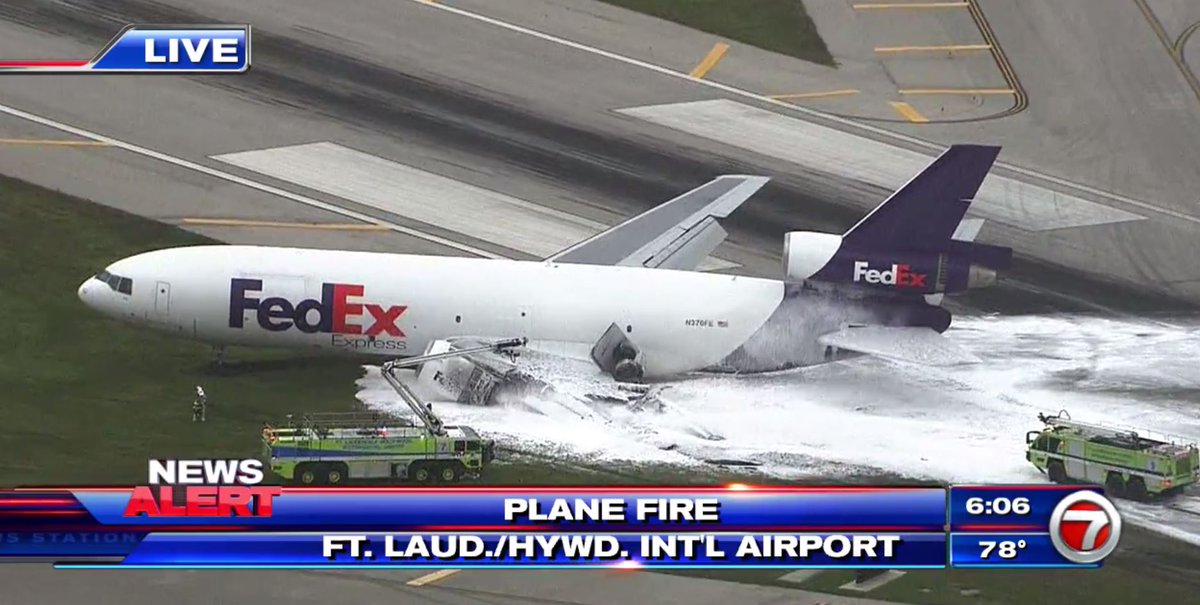