Flight 9446 was an unscheduled deadhead flight of a Beechcraft 1900D N240CJ.
The aircraft had just finished receiving maintenance in Yarmouth, Massachusetts, and was being repositioned to Albany, New York to return to revenue service. The two occupants of the plane were its pilots, Captain Scott Knabe and First Officer Steven Dean. 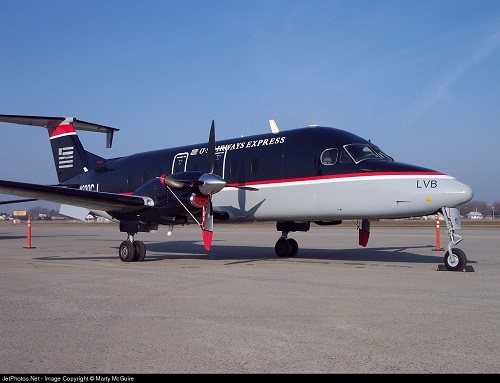 Flight 9446 departed Barnstable Municipal Airport on August 26, 2003 at 15:40 eastern daylight time. Shortly after takeoff, Flight 9446 declared an emergency and reported a trim problem. The aircraft entered into a left turn and reached an altitude of 1,100 feet. The pilots requested a return to Barnstable, and air traffic control cleared the flight to land on any runway. The airplane continued its left turn in a nose-up attitude, and then pitched down and crashed into water near the airport.

The NTSB determined that Flight 9446 was the first flight after maintenance personnel replaced the forward elevator trim cable. The maintenance personnel had skipped a step in the maintenance process. In addition, the aircraft maintenance manual depicted the elevator trim drum backwards. As a result, the trim system was configured in a manner that caused the trim tabs in the cockpit to move in the correct direction, but the actual trim wheel (which controlled the flight control surfaces) moved in the opposite direction.

The NTSB also determined that the pilots did not notice the maintenance error because the captain failed to perform a preflight checklist, which included an elevator trim check. The pilots manually set nose-up trim prior to departure, but because of the improper maintenance, this actually set the elevator trim to the full nose-down position.

The NTSB determined that it would have taken 250 pounds of force on the control yoke for the pilots to keep the plane airborne, making a safe landing nearly impossible. Investigators programmed a flight simulator with the improper trim settings and made six simulated flights. Five attempts resulted in crashes shortly after takeoff; in one attempt, the simulator pilot was able to circle for a landing, but impacted terrain while attempting to land. 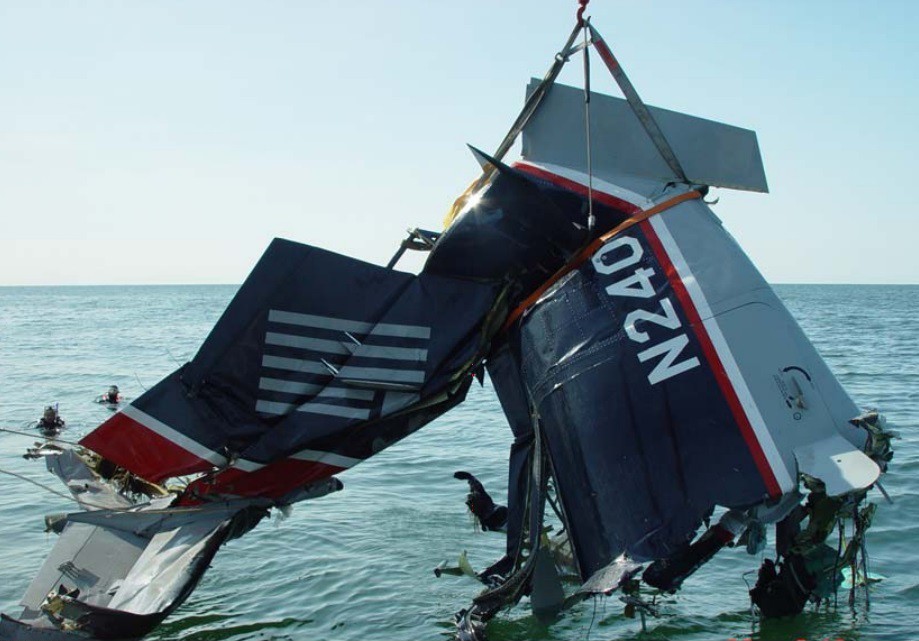 After the NTSB's final report was published, Aero News Network observed that Beechcraft 1900D maintenance manuals were considered as accident factors in two previous fatal accidents. However, Raytheon (owner of Beechcraft) denied blame for the crash of Flight 9446, and a company spokesman said the accident would not have happened without the Colgan Air maintenance crew's mistakes.