Pacific Southwest Airlines (PSA) Flight 182, registration N533PS, was a Boeing 727-214 commercial airliner that collided over San Diego, California with a private Cessna 172 on September 25, 1978. The death toll of 144 makes it the deadliest aircraft disaster in California history to date, and it was the first Pacific Southwest Airlines accident involving fatalities. It was also the deadliest plane crash in the history of the United States until American Airlines Flight 191 went down eight months later. 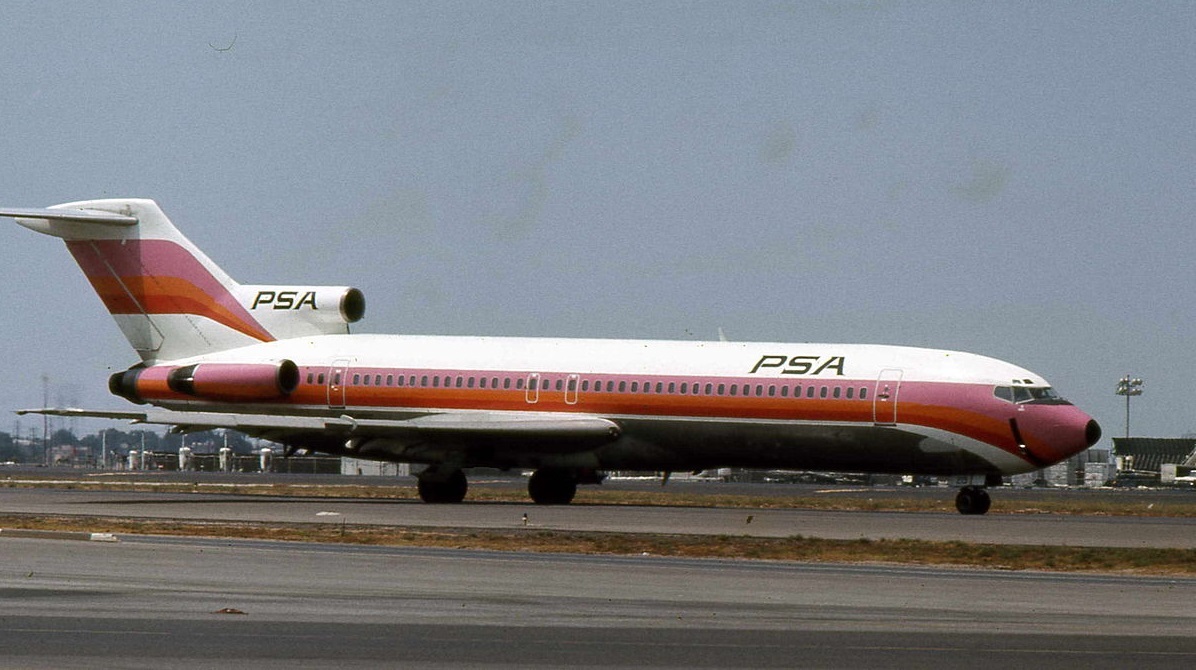 The Boeing crashed into North Park, a San Diego neighbourhood, killing all 135 on board. The two men aboard the Cessna died, as did seven people on the ground, including two children. Nine others on the ground were injured and 22 homes were destroyed or damaged.

Gibbs Flite Center Cessna 172 aircraft had taken off from Montgomery Field at 08.16 PST and proceeded to Lindbergh Field were two practice ILS approaches to runway 9 were flown. At 09.00 the Cessna pilot was instructed to maintain VFR at or below 3500ft, heading 70deg. PSA Flight 182 (a scheduled passenger flight from Sacramento to San Diego via Los Angeles), cleared for a runway 27 approach, was advised by the approach controller that there was traffic in front of them. The PSA crew reported the traffic in sight immediately thereafter and the PSA flight was instructed to maintain visual separation and contact Lindbergh tower. Lindbergh tower again warned the PSA flight crew of "traffic, twelve o'clock, one mile, a Cessna". The crew had lost track of the Cessna and radioed back: "think he's passing off to our right". The flight crew still weren't sure of the actual position of the Cessna. At 09.01:28 a conflict alert warning began in the San Diego Approach Control facility, indicating a collision hazard between PSA182 and the Cessna. At 09.01:47 the approach controller warned the Cessna pilot of traffic in the vicinity. At the same moment both aircraft collided. Flight 182 was descending and overtaking the Cessna, which was climbing in a wings level attitude. The Cessna broke up immediately and exploded after colliding with the Boeing's right wing. The Boeing entered a shallow right descending turn and crashed into a residential area. 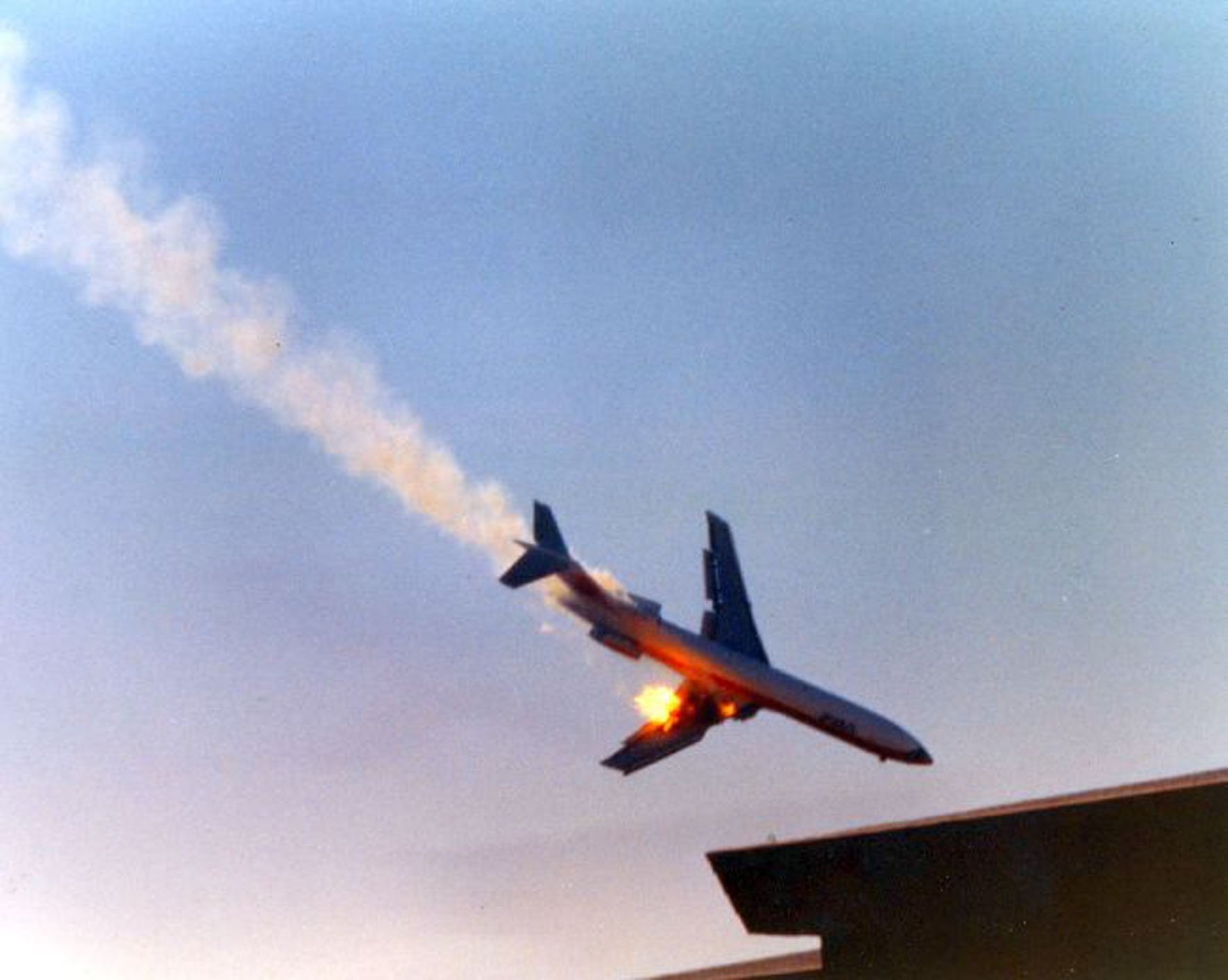 09.00:16 APP PSA one eighty-two, traffic's at twelve o'clock, three miles out of one thousand seven hundred.

09.00:53 TWR How far are you going to take your downwind one eighty-two, company traffic is waiting for departure.

CAM This is it!
Brace yourself!
Mom I love you! 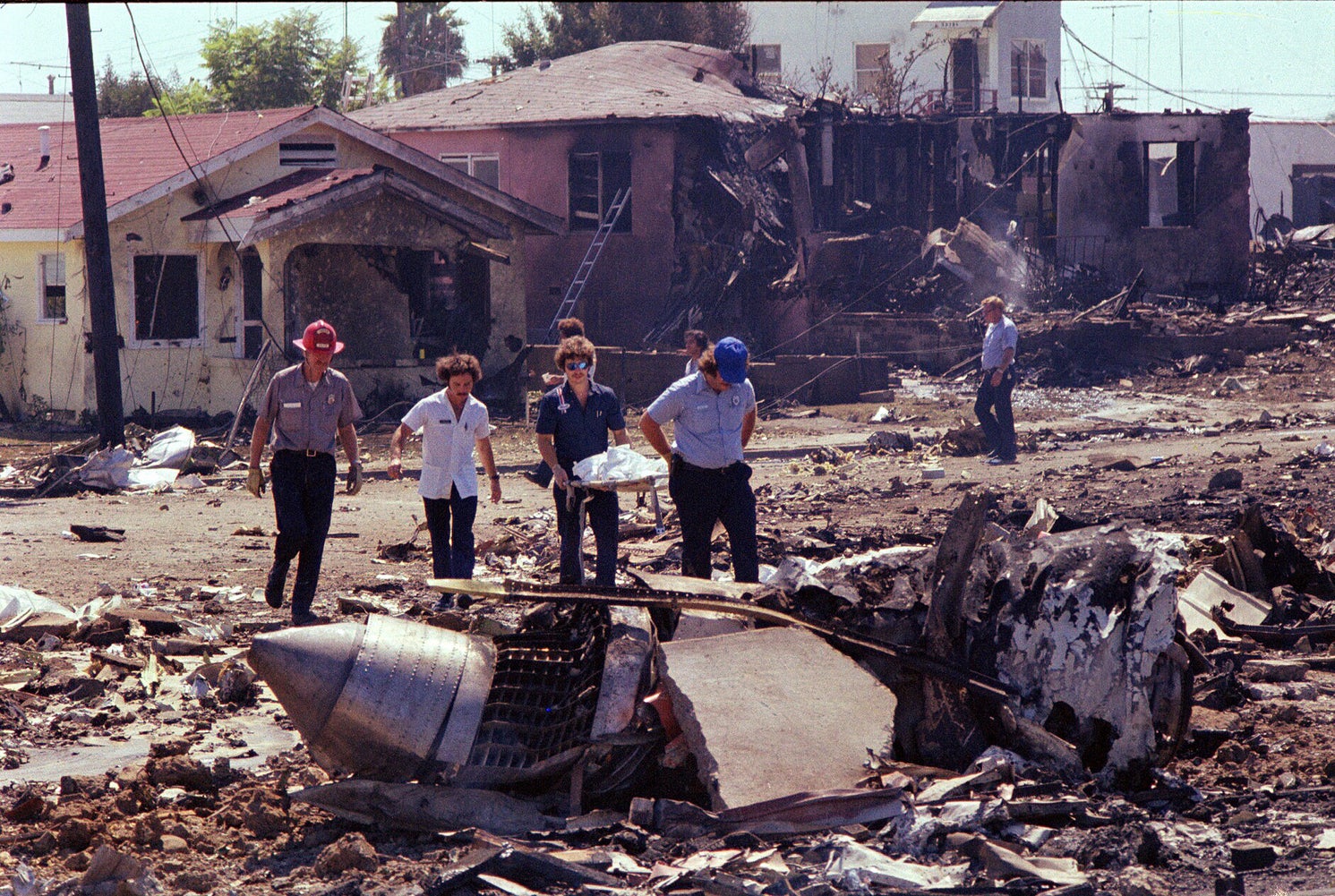 09.00:31 Miramar Cessna one one golf and traffic's at six o'clock two miles eastbound PSA jet inbound to Lindbergh out of three thousand two hundred has you in sight.

09.01:47 Miramar Cessna one one golf a traffic ah in your vicinity a PSA jet has you in sight he's descending for Lindbergh.