Aeroflot Flight 593 was a regular passenger flight from Sheremetyevo International Airport, Moscow, to Kai Tak Airport in Hong Kong. On 23 March 1994, the aircraft operating the route, an Airbus A310-304 flown by Aeroflot – Russian International Airlines, crashed into a mountain range in Kemerovo Oblast, Russia, killing all 63 passengers and 12 crew members on board.

No evidence of a technical malfunction was found. Cockpit voice and flight data recorders revealed the presence of the relief pilot's 12-year-old daughter and 16-year-old son on the flight deck. While seated at the controls, the pilot's son had unknowingly disengaged the A310's autopilot control of the aircraft's ailerons. The autopilot then disengaged completely causing the aircraft to roll into a steep bank and a near-vertical dive. Despite managing to level the aircraft, the first officer over-corrected when pulling up, causing the plane to stall and enter into a spin; the pilots managed to level the aircraft off once more, but by then the plane had lost too much altitude to recover and crashed into the Kuznetsk Alatau mountain range. 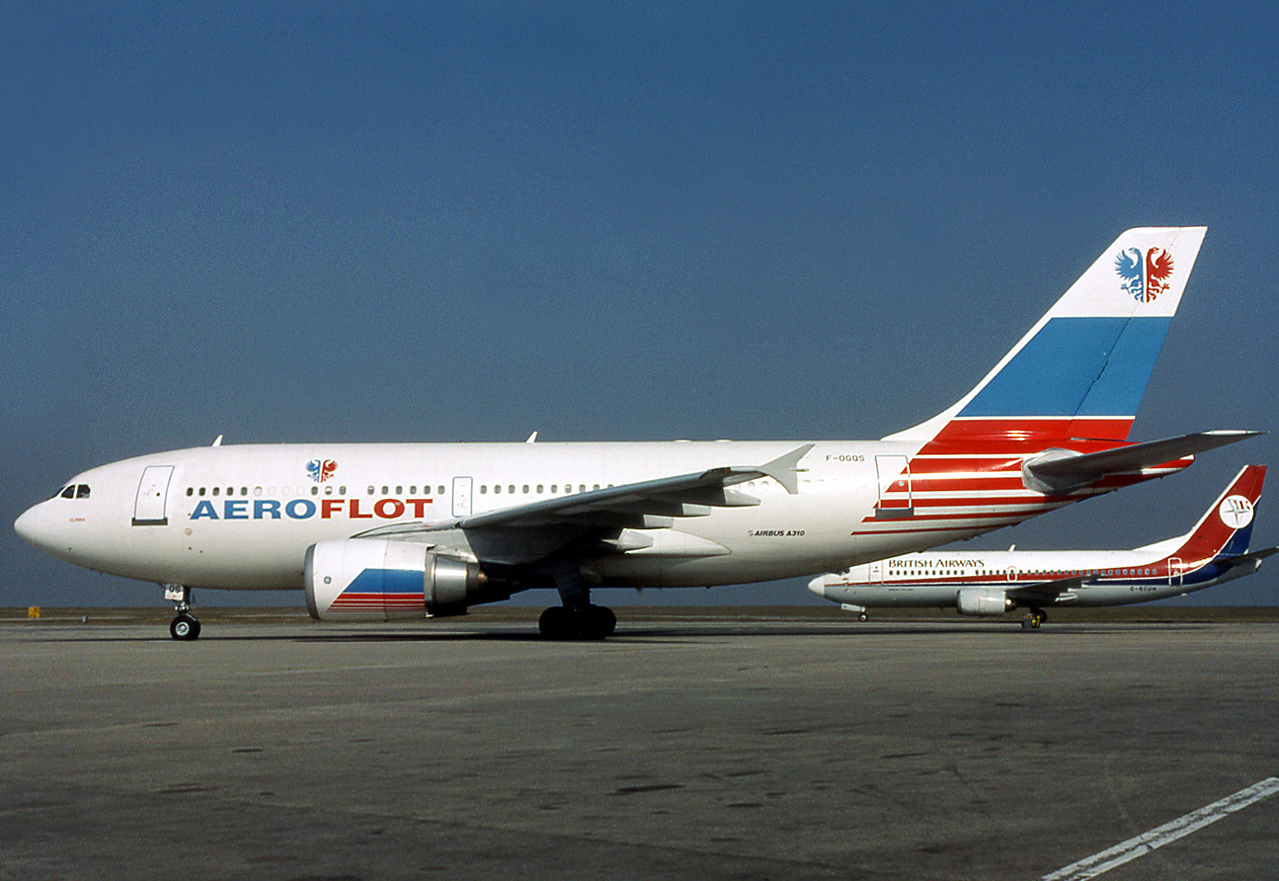 On 23 March 1994, the aircraft was en route from Sheremetyevo International Airport to Kai Tak Airport in Hong Kong with 75 occupants aboard, of whom 63 were passengers.

Relief pilot Kudrinsky was taking his two children on their first international flight, and they were brought to the cockpit while he was on duty. Five people were thus on the flight deck: Kudrinsky, co-pilot Piskaryov, Kudrinsky's children Eldar and Yana, and another pilot, Vladimir Makarov, who was flying as a passenger.

With the autopilot active, Kudrinsky, against regulations, let the children sit at the controls. First, his daughter Yana took the pilot's left front seat. Kudrinsky adjusted the autopilot's heading to give her the impression that she was turning the plane, though she actually had no control of the aircraft. Shortly thereafter, Kudrinsky's son Eldar occupied the pilot's seat. Unlike his sister, Eldar applied enough force to the control column to contradict the autopilot for 30 seconds. This caused the flight computer to switch the plane's ailerons to manual control while maintaining control over the other flight systems. A silent indicator light came on to alert the pilots to this partial disengagement. The pilots, who had previously flown Soviet-designed planes that had audible warning signals, apparently failed to notice it.

Eldar was the first to notice a problem, when he observed that the plane was banking right. Shortly after, the flight path indicator changed to show the new flight path of the aircraft as it turned. Since the turn was continuous, the resulting predicted flight path drawn on screen was a 180-degree turn. This indication is similar to those shown when in a holding pattern, where a 180-degree turn is required to remain in a stable position. This confused the pilots for nine seconds, during which time the plane banked past a 45-degree angle to almost 90 degrees, steeper than the design allowed. The A310 cannot turn this steeply while maintaining altitude, and the plane started to descend quickly. The increased g-forces on the pilots and crew made it extremely difficult for them to regain control. The autopilot, which no longer controlled the ailerons, used its other controls in order to compensate, pitching the nose up and increasing thrust; as a result the plane began to stall; the autopilot, unable to cope, disengaged completely. A second, larger indicator light came on to alert the pilots of the complete disengagement, and this time they did notice it. At the same time, the autopilot's display screen went blank. To recover from the stall, an automatic system lowered the nose and put the plane into a nosedive. The reduced g-forces enabled Kudrinsky to re-take his seat. Piskaryov then managed to pull out of the dive, but over-corrected, putting the plane in an almost vertical ascent, again stalling the plane, which fell out of the sky into a corkscrew dive. Although Kudrinsky and Piskaryov regained control and leveled out the wings, they did not know how far they had descended during the crisis and their altitude by then was too low to recover. The plane crashed at high vertical speed, estimated at 70 m/s (14,000 ft/min). All 75 occupants died on impact.

The aircraft crashed with its landing gear up, and all passengers had been prepared for an emergency, as they were strapped into their seats. No distress calls were made prior to the crash. Despite the struggles of both pilots to save the aircraft, it was later concluded that if they had just let go of the control column, the autopilot would have automatically taken action to prevent stalling, thus avoiding the accident.

The wreckage was located on a remote hillside in the Kuznetsk Alatau mountain chain, approximately 20 kilometres (12 mi) east of Mezhdurechensk, Kemerovo Oblast, Russia; the flight data recorders were found on the second day of searching. Families of western victims placed flowers on the crash site, while families of Chinese victims scattered pieces of paper with messages written on them around the crash site.

The airline originally denied that the children were in the cockpit, but accepted the fact when the Moscow-based magazine Obozrevatel  published the transcript on the week of Wednesday, 28 September 1994. The Associated Press said that, according to the transcript, "the Russian crew almost succeeded in saving the plane". The New York Times said that "A transcript of the tape printed in the magazine Obozrevatel shows that the Russian crew nearly managed to save the Airbus plane and the 75 people on board, but that it was hampered by the presence of children and its unfamiliarity with the foreign-made plane." The New York Times also stated that an analysis by an aviation expert published in Rossiiskiye Vesti supported that analysis. 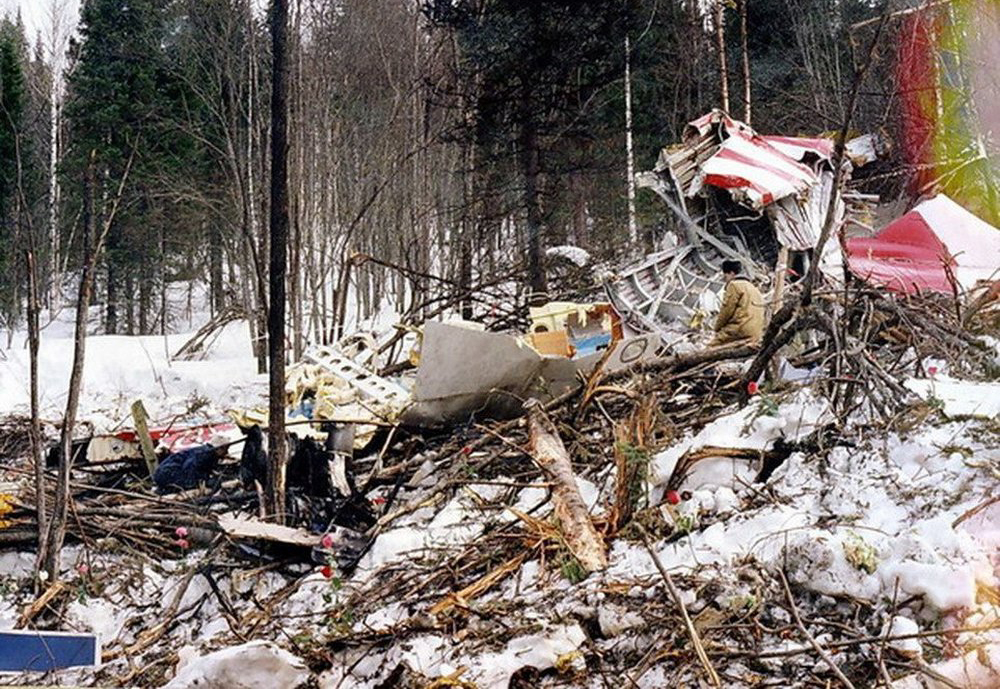