Flight 222 was a scheduled domestic passenger flight operated by TransAsia Airways from Kaohsiung International Airport in Kaohsiung to Magong Airport in Magong, Penghu Island. The aircraft crashed into buildings during approach to land in bad weather at Magong Airport.

The ATR 72-500 operating the flight was travelling with 54 passengers and four crew members on board; only 10 survived. An investigation by the Taiwanese Aviation Safety Council found that the pilots intentionally descended below the minimum descent altitude and that the captain was overconfident, resulting in pilot error. 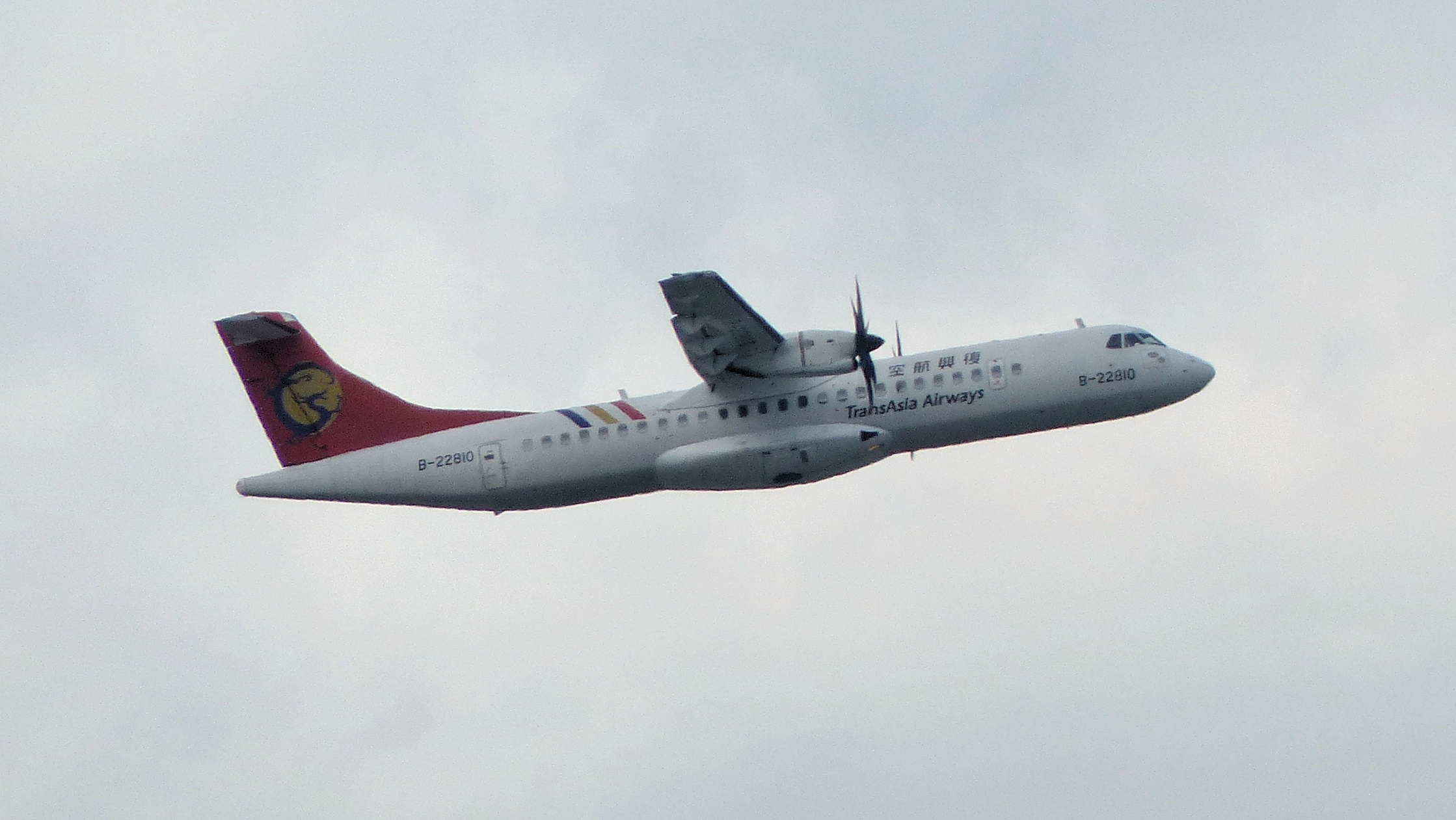 The crew disengaged the autopilot and the yaw damper. The crew then tried to locate the runway, unaware that Flight 222 had deviated to the left while still descending. By the time the First Officer and the Captain called for a go-around, the aircraft had an altitude of only 72 ft, hence collision with the ground was inevitable. Flight 222 crash landed in a small forest. The impact caused some parts of the ATR-72 to detach from its body.

Flight 222 then skidded out of the forest and into XiXi Village. The ATR 72 then impacted and destroyed several houses in the village. The force of the impact severely damaged the ATR 72. Most of its components detached from the main fuselage. It lost its outer right wing, vertical stabilizer and empennage due to the impact. The force of the impact tore open its center fuselage. The ATR 72 subsequently exploded and burst into flames. Dead bodies littered the street of Xixi Village. 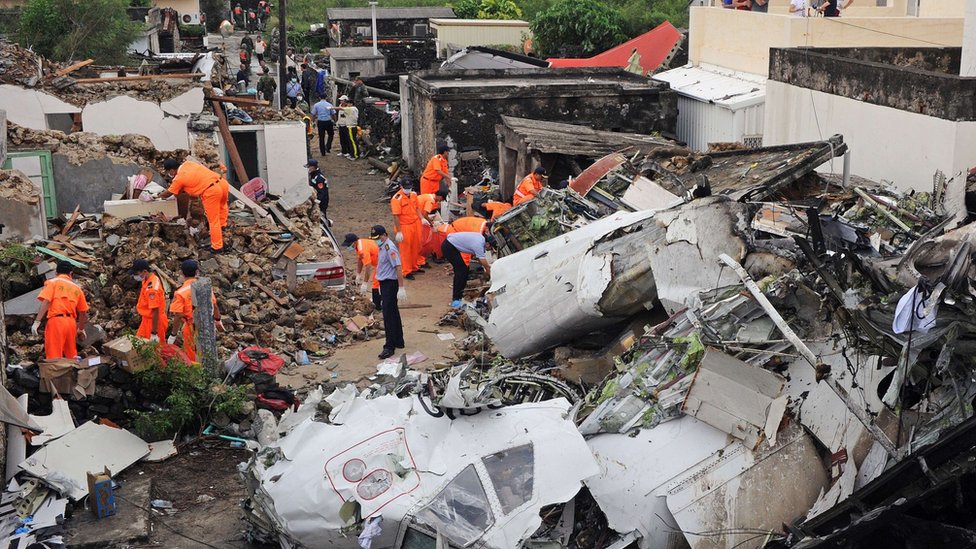 Extract of the CVR Transcript:

1743:27 GE222 flight obtained clearance from Kaohsiung Tower to depart. It cruised at an altitude of 7,000 feet. Due to the visibility was poor at Magong Airport.

1811:16 the flight crew requested Kaohsiung Approach for a holding pattern.

1827:38, Kaohsiung Approach broadcasted that Magong Airport’s weather on Runway 20 was 210 degrees at 5 knots and at maximum 11 knots; runway 20’s wind direction was 190 degrees, wind speed was 11 knots, and the maximum wind speed was 15 knots.

1842: 28, GE222 flight was waiting for the clearance of ILS Runway 02 approach when Kaohsiung Approach notified that the visibility of Magong Airport’s Runway 20 was 1600 meters and there was a thunderstorm over the airport, and asked what the intentions of the GE222 flight crew.
The flight crew requested again ILS Runway 02 approach to Kaohsiung Approach control.

1845, GE222 flight crew also requested to use Runway 20 VOR approach of Magong Airport. At about 1900, the flight data recorder showed that the plane intercepted VOR navigation platform and started to descent.

1905: 44 the flight crew disengaged the autopilot.

1905: 58, the aircraft began to deviate from the approach course to the left and continued to decrease in altitude.

1906:16 the flight crew called a missed approach to the tower. After 2 seconds, the cockpit voice recorder recorded unknown sounds a second time. The two recorders stopped recording at 1906: 19. 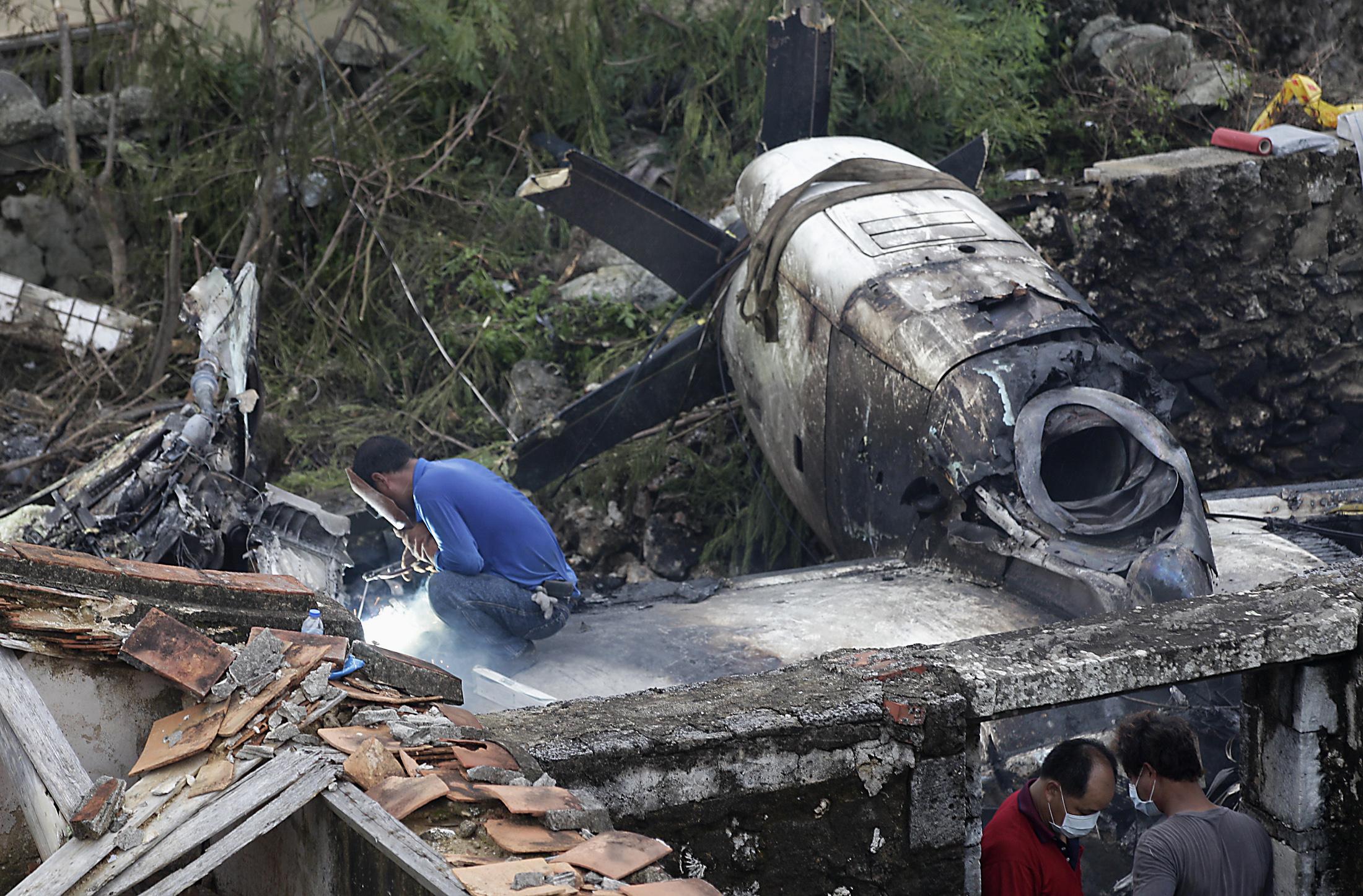