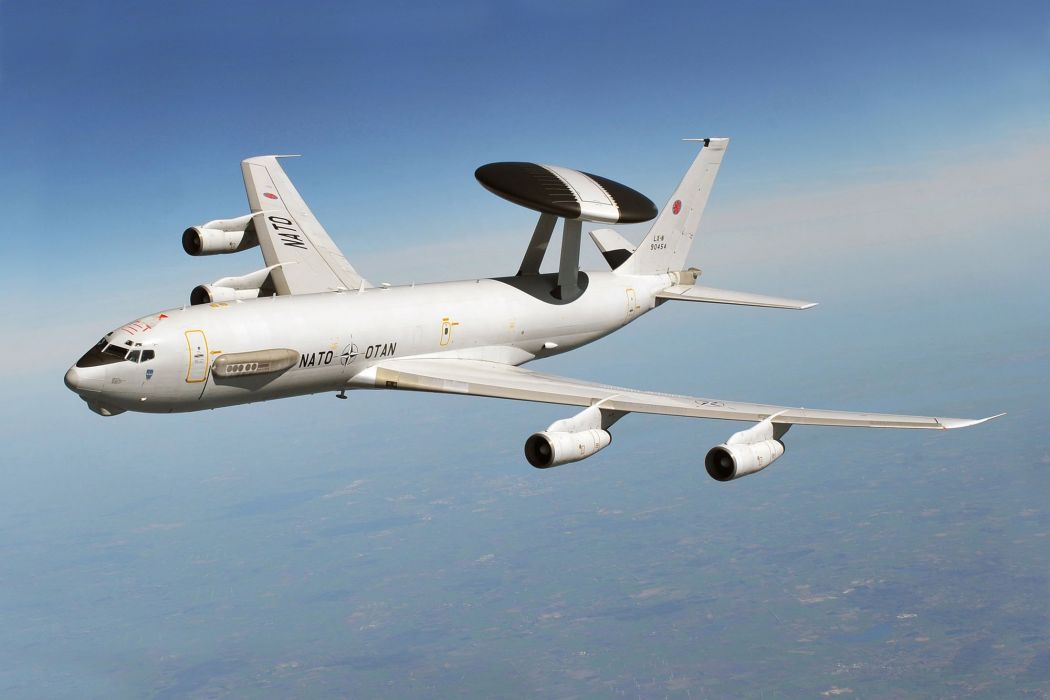 Boeing E-3B Sentry 77-0354 was military Boeing 707-derivative, a.o. equipped and AWACS system. The aircraft, operated by the US Air Force 962nd Airborne Air Control Sqn, 3rd Wing, was assigned call-sign Yukla 27 for a 6.2 hr training mission. At 07.43h Yukla 27 was holding short of runway 5, waiting for takeoff, when a Lockheed Hercules departed. This aircraft disturbed a flock of Canada geese. The Yukla 27 crew were not warned about this by the tower controller. At 07.45h they were cleared for takeoff and the throttles were advanced. As the plane rotated for lift-off numerous geese were ingested in the no.1 and 2 engines resulting in a catastrophic no.2 engine failure and a stalling no.1 engine. The crew initiated a slow climbing turn to the left and began to dump fuel. The aircraft attained a maximum altitude of 250ft before it started to descend. The plane impacted a hilly, wooded area less than a mile from the runway, broke up, exploded and burned. 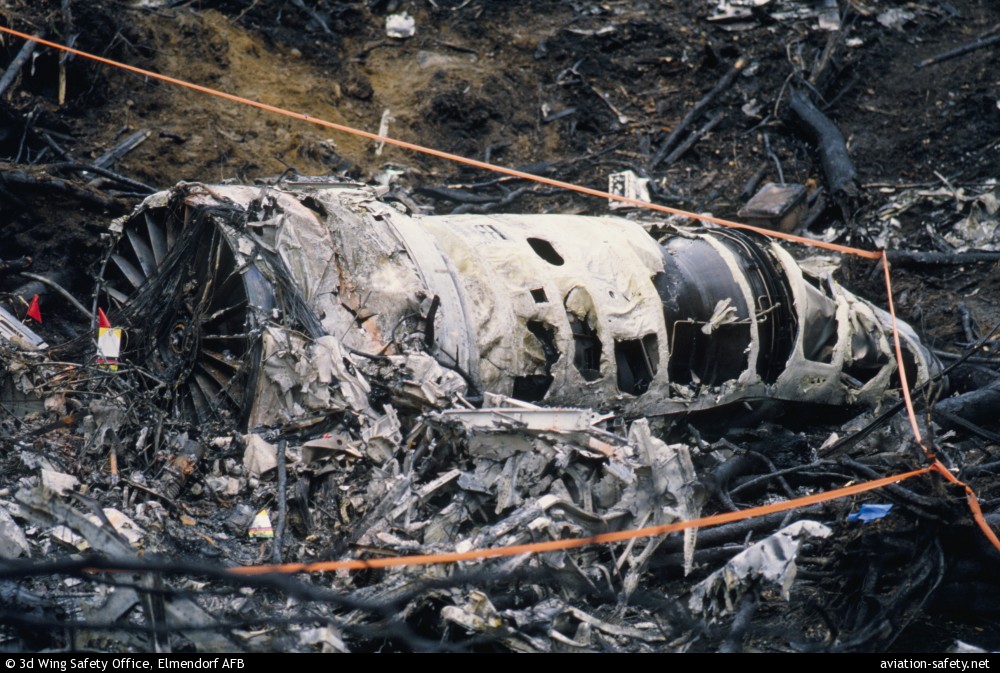 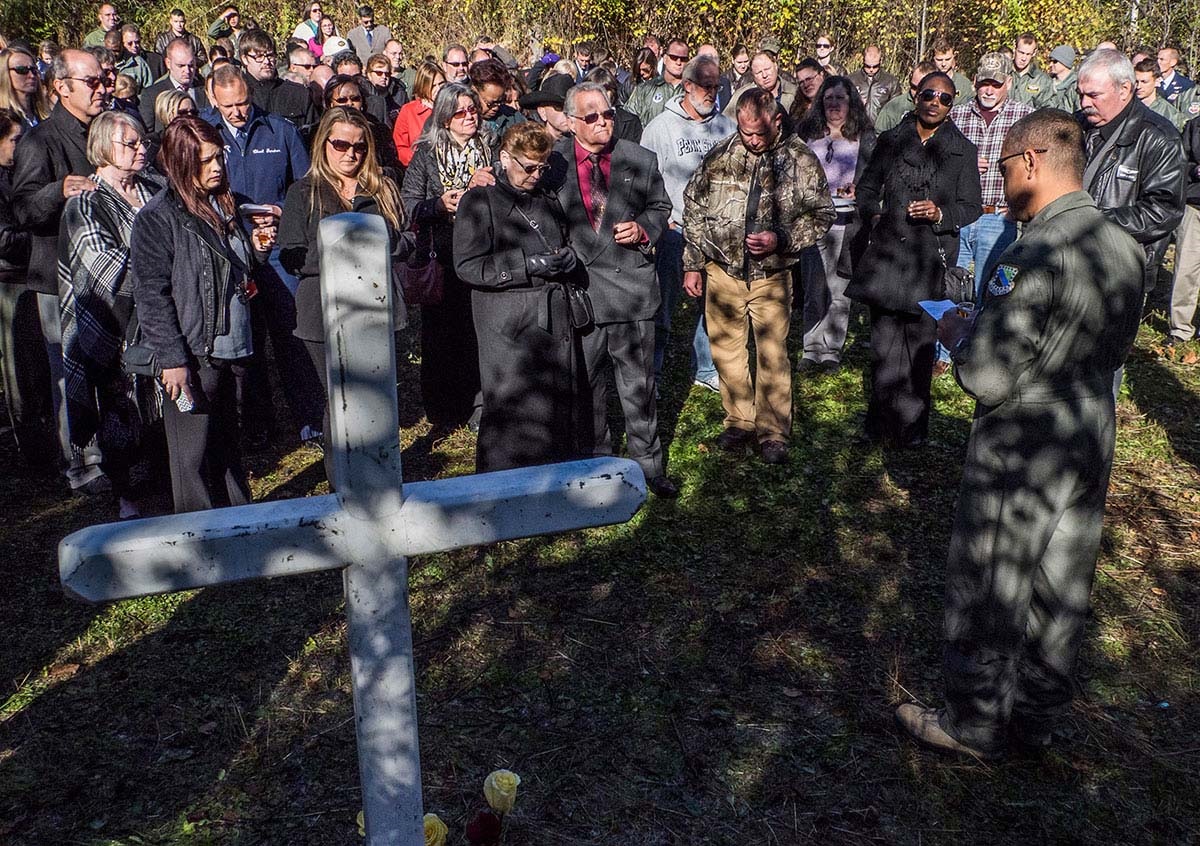