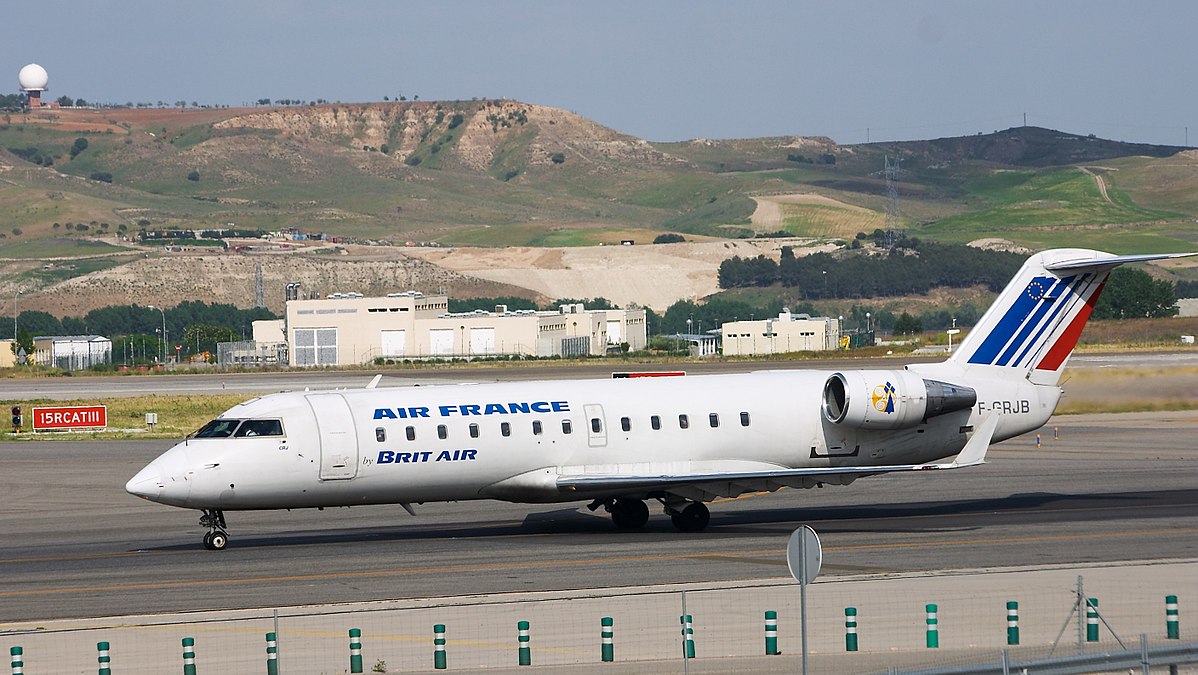 During the approach the airplane deviated to the left of the centerline. At first the aircraft was above the glideslope, but then descended below the glideslope. As they further descended below the glideslope (25 seconds before impact), the Ground Proximity Warning System (GPWS) began to sound. Engine power was added, but it was too late. Flight 5672, with the gear down, touched down in a field and collided with several obstacles before coming to rest 150m further on, at a distance of 2150m from the runway threshold and 450m to the left of the extended centerline.

All occupants, except for the captain were able to evacuate before the aircraft caught fire. The co-pilot and two passengers were injured. The weather at the time of the accident was:

PROBABLE CAUSES: "The causes of the accident are as follows:- neglecting to select the APPR mode at the start of the approach, which led to non-capture of the localizer then of the glide slope;
- partial detection of flight path deviations, due to the crew’s focusing on vertical navigation then on horizontal navigation;
- continuing a non-stabilized approach down to the decision altitude.

Lack of communication and co-ordination in the cockpit, and a change of strategy on the part of the Controller in managing the flight were contributing factors." 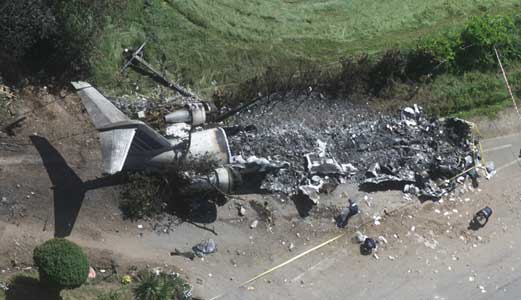