USAir Flight 1016 was a regularly scheduled flight between Columbia, South Carolina and Charlotte, North Carolina. On Saturday, July 2, 1994, the plane, a McDonnell Douglas DC-9 registered N954VJ, departed Columbia Metropolitan Airport at 18:15 EST for the 35 minute flight to Charlotte/Douglas International Airport. On board, there were 52 passengers (including two infants), 3 flight attendants, and two pilots. The flight was uneventful until the approach to Charlotte, where several heavy thunderstorms were in the vicinity of the airport. The flight was cleared by the tower to land on runway 18R. The plane, under control by the first officer, was approaching the runway in heavy rain conditions. The tower controller issued a windshear warning to all aircraft, but it was on a different radio frequency than Flight 1016. 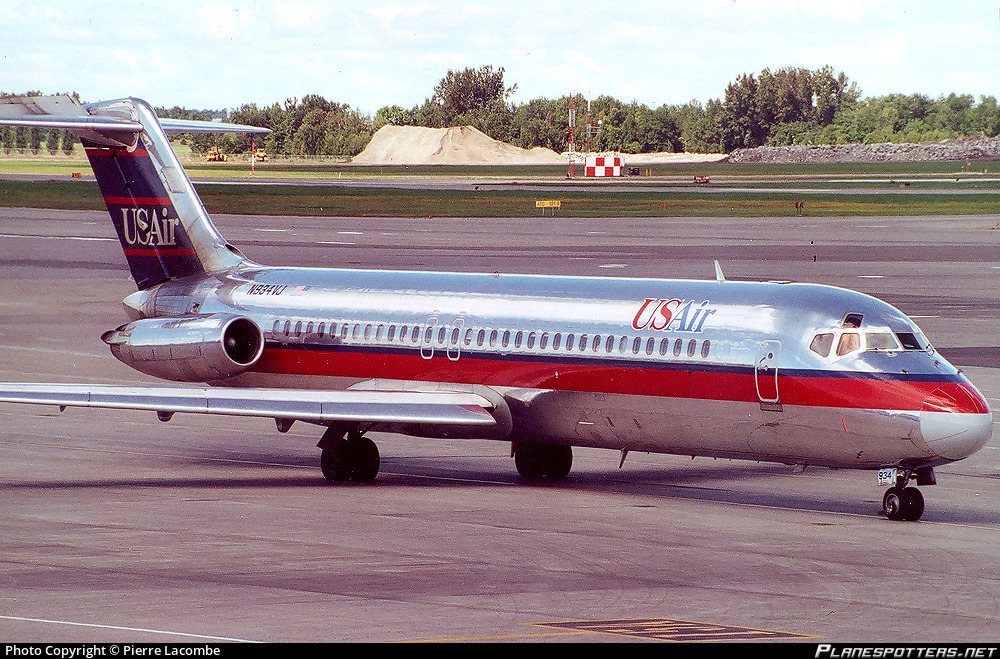 About a minute later, as flight 1016 was on final approach, the captain, realizing that they were in a serious predicament, instructed the first officer to 'Take it around, go to the right'. He then radioed the control tower and stated 'USAIR ten sixteen's on the go'. The plane struggled to climb due to the severe weather conditions, and immediately veered to the right and began to rapidly descend. The flight crew desperately tried to control the airplane as it plummeted toward the ground.

At 18:43 EST, the DC-9 touched down into a field within the airport boundary, about 1/2 mile from the threshold of runway 18R. It then crashed through the airport fence and impacted several trees, breaking apart while skidding down a residential street that was on the airport boundary. The plane broke into four major sections, the front 40 feet of the airplane, including the cockpit and the unoccupied first class passenger cabin, came to rest in the middle of Wallace Neel Road. The rear section of the fuselage, including the tail and the rear mounted engines, came to rest in the carport of a house. 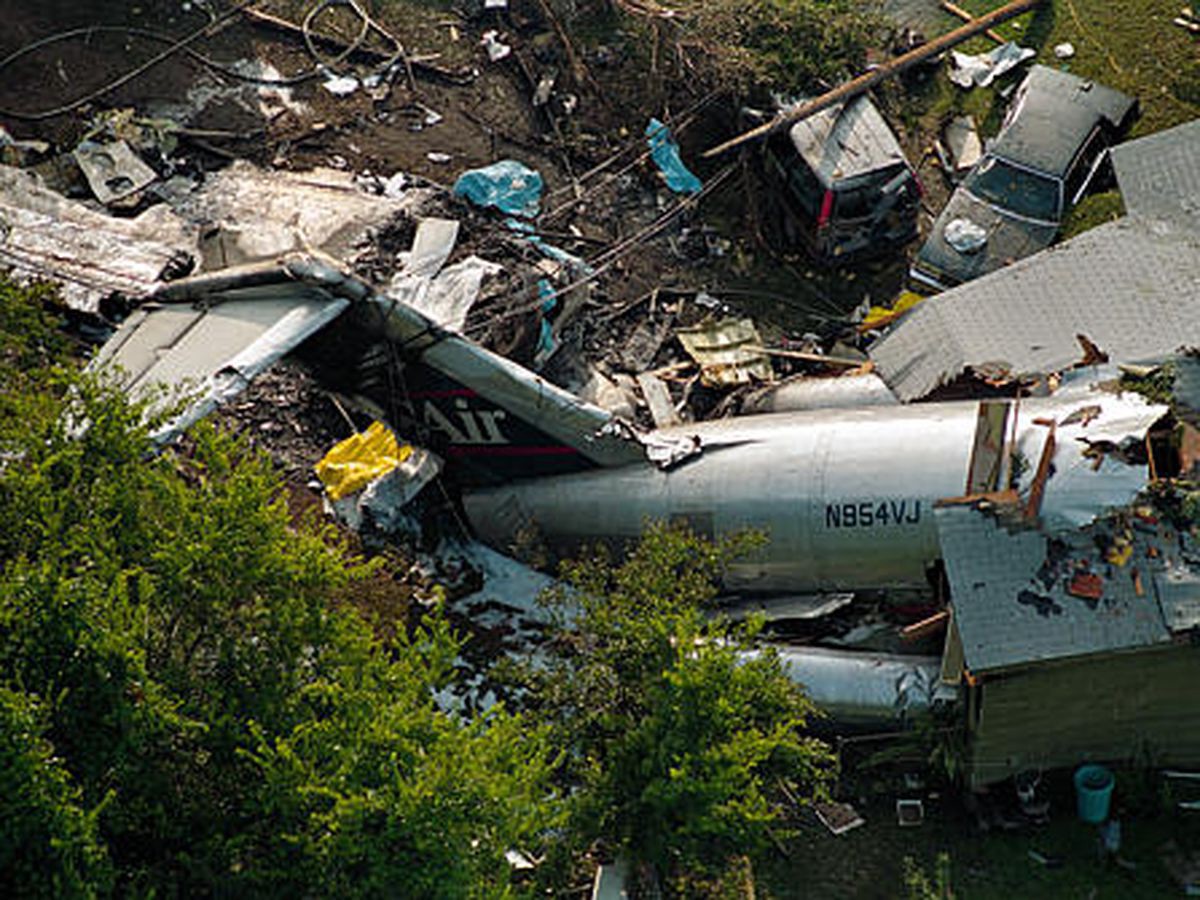 The NTSB determined the probable cause to be the flight crew's decision to continue an approach into weather conducive to a microburst, the crew's failure to recognize a wind shear situation in a timely manner, its failure to establish and maintain the attitude and thrust necessary to escape the wind shear, and the lack of real-time adverse weather and wind shear hazard information dissemination from air traffic control.

Several aircraft on the ground delayed takeoff despite the PIREP of a smooth ride from the Fokker 100. When the tower issued the wind shear alert at 18:41:18, it was probably time to abandon the approach. The crew was focused on landing, but the weather was changing rapidly as the runway visual range dropped to 500 feet in heavy rain. It was determined later that there was a microburst one mile east of the approach end of 18R, with maximum winds of 50 knots. The net wind change was calculated at 86 knots during the DC-9's missed approach.

The flight crew's coordination could have been better, and the investigation concluded that the flight could have survived this wind shear encounter if several factors had been different:

The crew's adherence to the wind shear escape procedure could have saved the day, but the margins would have been razor thin and dependent on doing it all exactly right. The best decision would have been to delay the landing. Thunderstorms mutate rapidly; and even with a recent PIREP, a minute or two can make a huge difference. 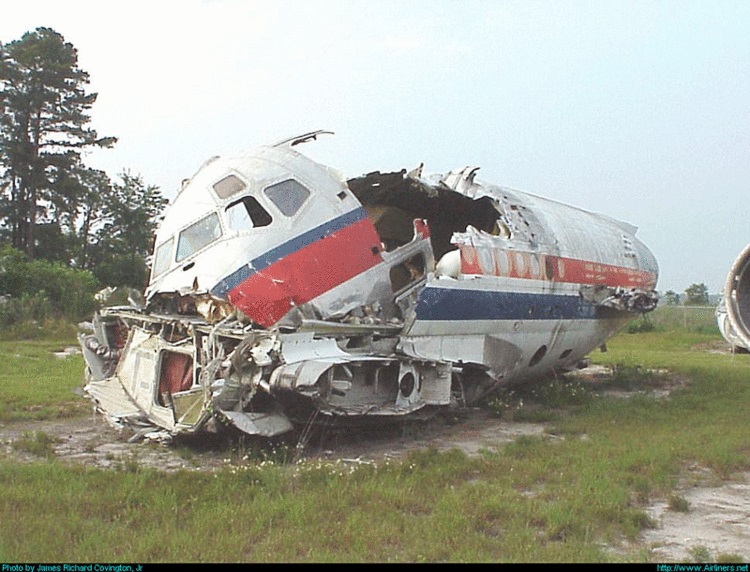 (The dialog in italics occurred on the tower frequency before USAir 1016 switched over at 18:39:30.) 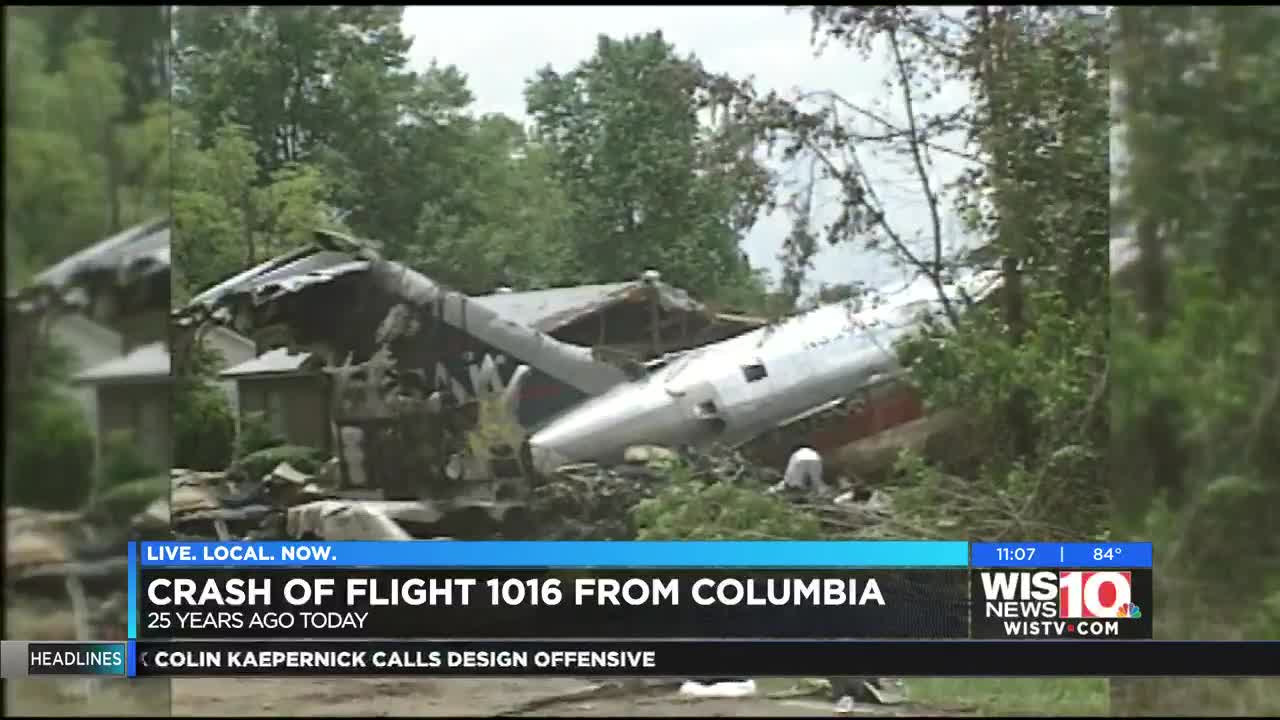