Flydubai Flight 981 was a scheduled international passenger flight from Dubai International Airport, in the United Arab Emirates, to Rostov-on-Don Airport, Russia. On 19 March 2016, the Boeing 737-800 aircraft serving the flight crashed during an aborted landing, resulting in the deaths of all 62 passengers and crew on board.

The flight occurred at night and the weather at Rostov was poor. Flight 981 aborted its first landing attempt and went into a holding pattern for nearly two hours before making a second landing attempt. After aborting the second attempt, the aircraft climbed sharply during the go-around procedure, then descended rapidly and crashed onto the runway. 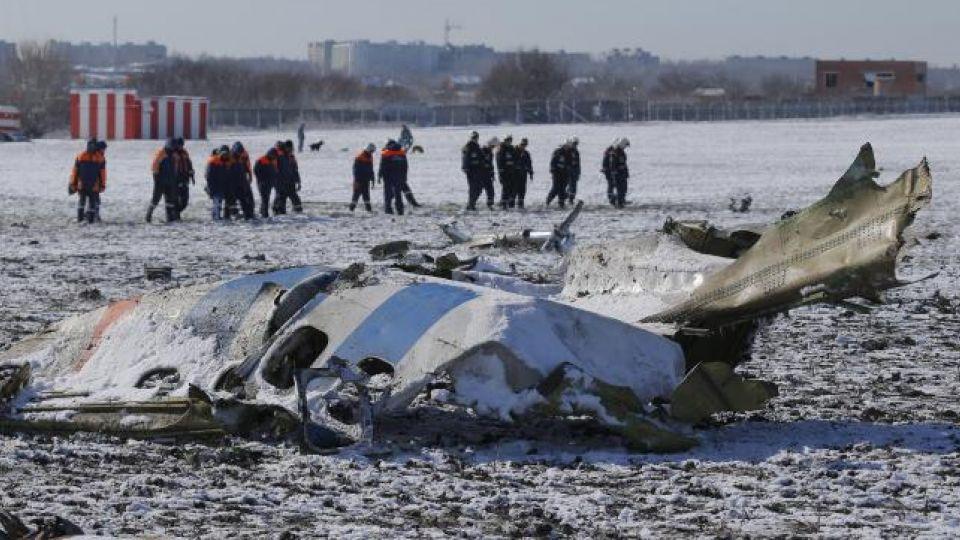 Flight 981 was scheduled to depart from Dubai International Airport at 21:45 Gulf Standard Time (UTC+4) on 18 March 2016 and arrive at Rostov-on-Don Airport at 01:20 Moscow Standard Time (UTC+3) the next day. It departed from Dubai after a 35-minute delay, at 22:20 GST. When Flight 981 arrived at the initial fix, to begin the approach to Rostov-on-Don, two other flights had landed during the previous twenty minutes.

An alert from Flight 981's onboard windshear warning system caused the pilots to abandon their landing approach a few kilometers from the runway. The flight entered a holding pattern near the airport, awaiting improvement to the weather. While Flight 981 was holding, Aeroflot Flight 1166 made three unsuccessful attempts to land and then diverted to nearby Krasnodar Airport, landing there at 02:59.

Nearly two hours later, during their second approach to runway 22, the airspeed suddenly increased by 23 kn (43 km/h), an indication that the aircraft had encountered windshear, and again the crew initiated a go-around. In contrast to the first go-around, they retracted the landing gear and reduced the flap setting. This caused the nose to pitch up significantly, which the captain (who was flying the airplane) had to counter with considerable effort on the control column. The captain pressed the nose-down trim switch, but continued to push the control column as well. This caused the aircraft to pitch down and enter a 45 degree descent. At 03:42 it crashed onto the runway not far from the threshold, and caught fire. Pieces of the aircraft were strewn across runway 22 during the impact. 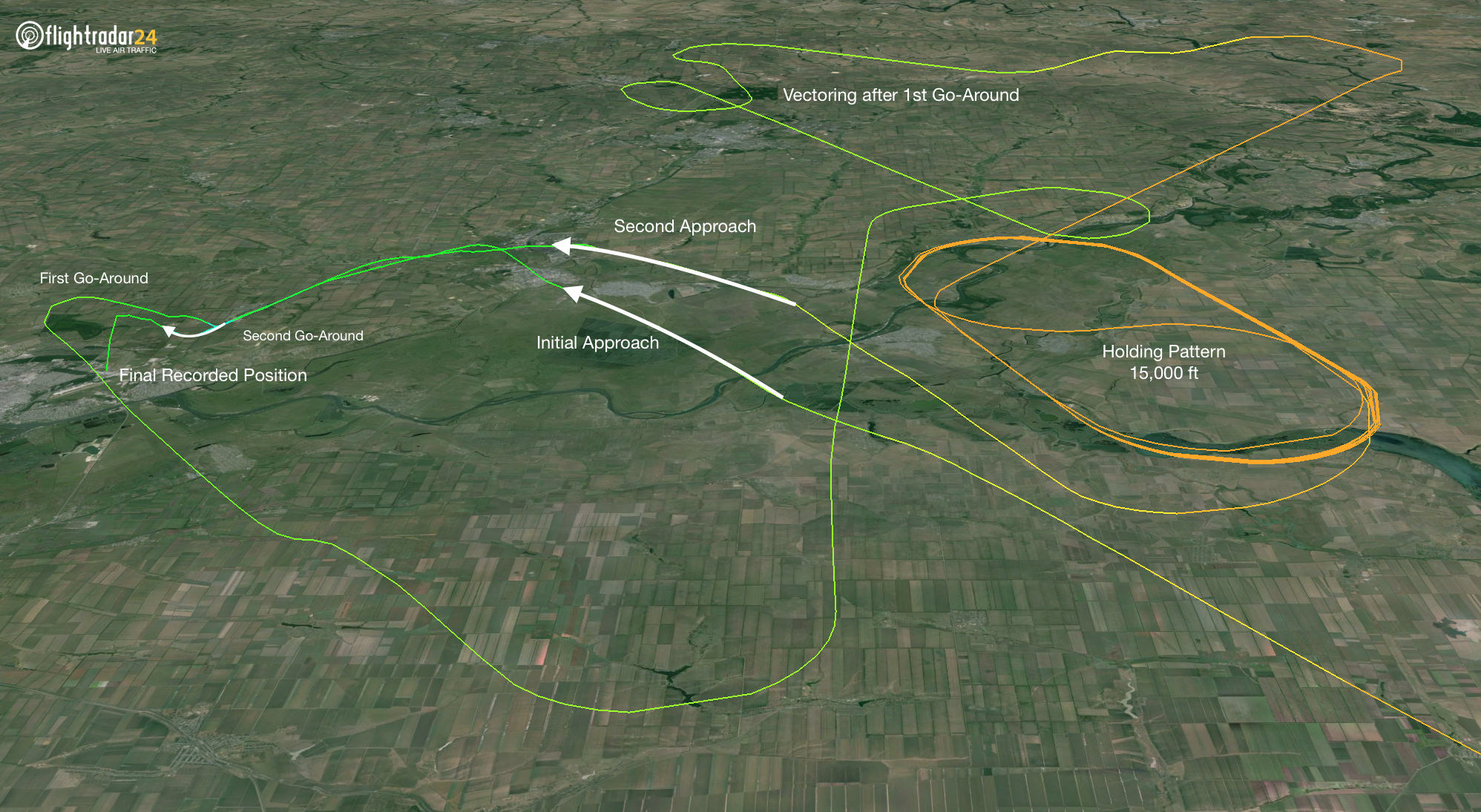 On 26 November 2019, the IAC published the final report stating that the crash was caused by an incorrect aircraft configuration and incorrect crew piloting, and the subsequent loss of the pilot in command's situational awareness in night time instrument meteorological conditions. The incorrect configuration refers to performing the go-around procedure with retracted landing gear and flaps but with the maximum available thrust consistent with the Windshear Escape Maneuver combined with a light aircraft that led to a substantial excessive nose-up moment. 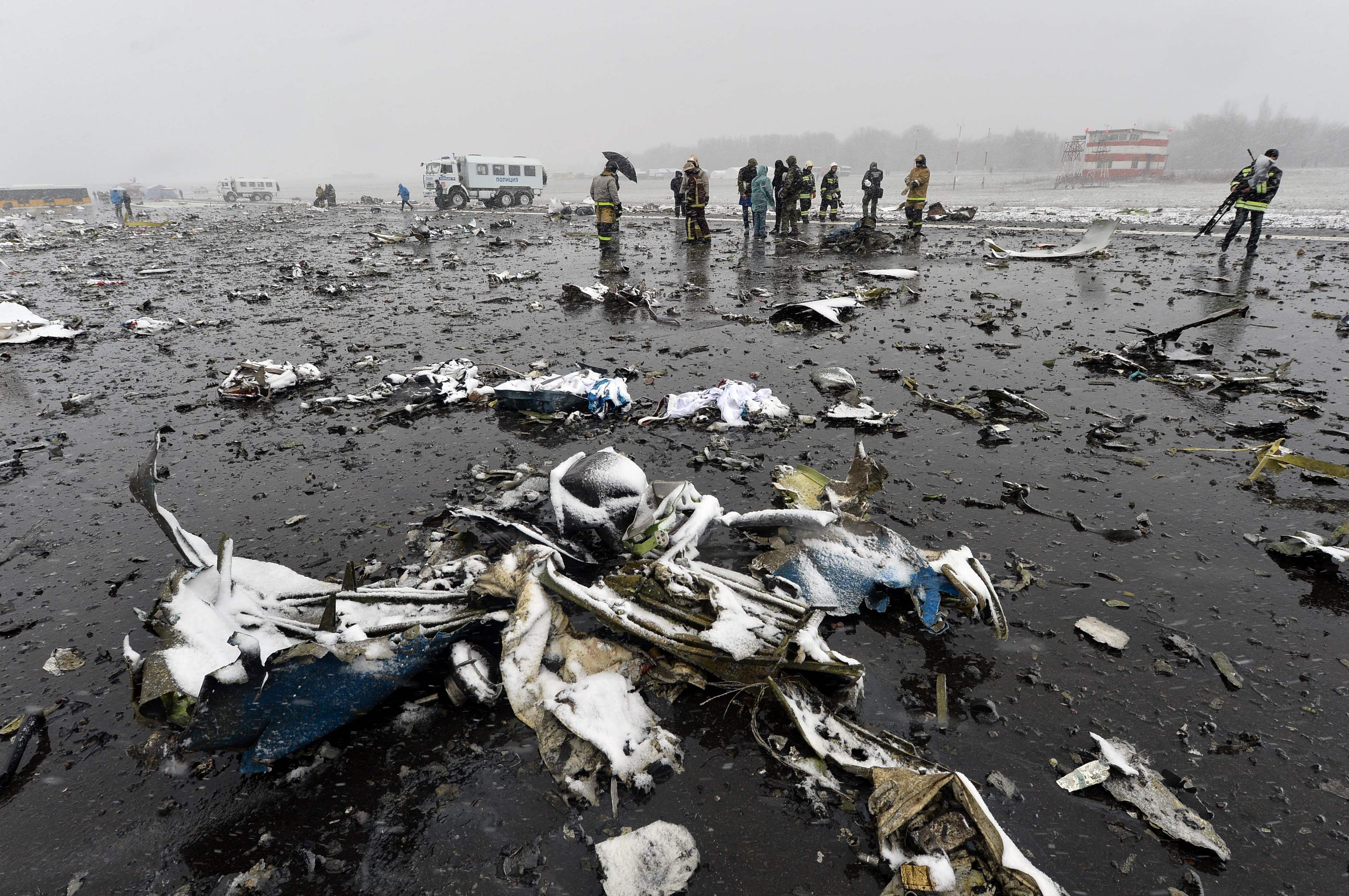