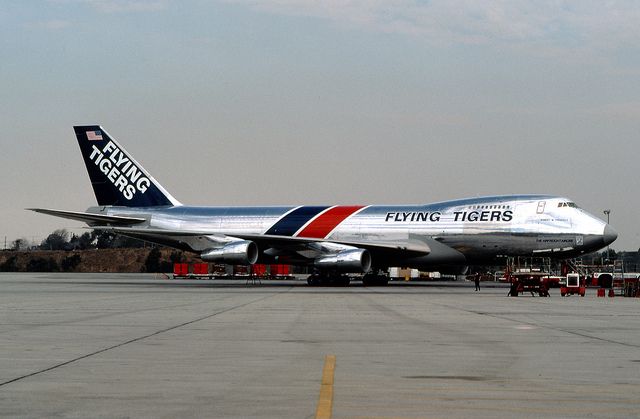 The aircraft was assigned a non-directional beacon (NDB) approach to Runway 33 at Sultan Abdul Aziz Shah Airport, Kuala Lumpur, after having flown 30 minutes from Singapore Changi Airport. In descent, the flight was cleared to "Kayell" with a morse code of "KL" of which four separate points on the ground were commonly called by Malaysian ATC albeit with different frequencies. Two separate radio beacons were identically coded "KL" as well as the VOR abbreviation (Kuala Lumpur shortened to "KL") and the airport was also sometimes referred to as "KL" by local ATC (instead of the full "Kuala Lumpur"). The crew was unsure to which point they were cleared, and the cockpit voice recorder revealed that the crew argued about which radios should be set to which frequencies and which approach was actually going to be conducted. (Even in the last few moments of the flight, the captain referenced the ILS approach for runway 33 which was named as inop on the flight release and the ATIS, additionally the crew was told by ATC that the ILS approach was not available.)

ATC radioed to the flight, "Tiger 66, descend two four zero zero [2,400 ft]. Cleared for NDB approach runway three three." The captain of Tiger 66, who heard "descend to four zero zero" replied with, "Okay, four zero zero" (meaning 400 ft above sea level, which was 2,000 ft too low). The proper radio call from ATC, instead of "descend two four zero zero", should have been "descend and maintain two thousand four hundred feet". The captain read back "okay, four zero zero" where the proper read back should have been "Roger, descend and maintain four-hundred feet". The Cockpit voice recorder also revealed several communication errors made by the flight crew prior to this miscommunication and a general casual nature of the Captain, who was the pilot-not-flying on this particular leg of the trip.

Numerous clear warnings were given by the on-board Ground Proximity Warning System which were all ignored entirely by the crew, and the aircraft impacted a hillside 437 ft above sea level, killing all four people on board; two pilots, a flight engineer and an aircraft mechanic. The subsequent fire burned for two days

Additionally, the First Officer (FO), who was the pilot flying at the time, expressed concern about conducting the NDB approach and indicated a preference for the ILS for runway 15. However, the FO was not assertive and no further action was taken. The Captain dismissed his concern saying he was familiar with the airport and the approaches.

The second officer was 70 years old and used a magnifying glass to see. A contributing factor to this accident was the non-ICAO phraseology used by Kuala Lumpur air traffic control and the Captain of the aircraft. This breakdown of communication contributed to the crew misinterpreting the instructions given. However, this particular controlled-flight-into-terrain accident ultimately resulted from a crew failure to adhere to the instrument approach procedure, poor crew resource management and poor situational awareness 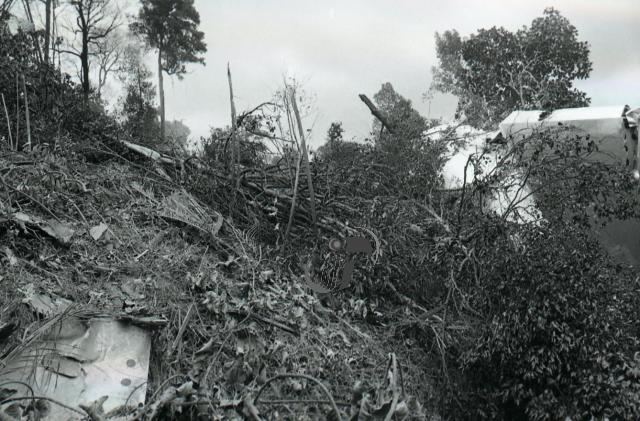 This accident caused the creation of the GPWS escape maneuver which all airlines now use.
It further stressed the need for increased awareness and training of crew resource management techniques and standard operating procedures. This accident is used as an example of 'what not to do' by flight training organizations such as FlightSafety International. The FAA video production using the original CVR transcript is still used to study the events and how to improve current techniques. Much of this information is derived from that video.

THIS TRANSCRIPT ONLY DEPICTS THE FINAL 4 MINUTES AND 3 SECONDS OF THE FLIGHT.

CA - alright just hit the ah KL then make your turn to three three zero and ah I will give you the-
SOUND OF CHIME
FO - down the line on the checklist
SO - okay, do you want the INS's now?
CA - whatever
FO - how in the hell does he excpect us to find the runway...
CA - hit KL beacon and turn to two two nine and i'll give the ah...
TWR - tiger six six descend-- (two/to) four zero zero cleared for NDB approach runway three three
FO - NDB, thah son of a bitch
CA - okay four zero zero
CA - alright go ahead i'll ste ya up
CA - you got them all set up right now two five five and three five five and ah- twenty nine after- three twenty nine inbound
CA - okay
FO - i think they're not set up like that
CA - yeah you got'em set up-
FO - no they're not
CA - two five five three five five
FO - no
CA - you got two five five
FO - three thirty eight
CA - alright
FO - i got two five five and we need three five five
CA - two five five and okay i'll give you three five five over here
CA - alright you got it
CA - you by there three twenty nine
SO - hopefully you won't
FO - screw this stuff lets go over and do an ILS
CA - we can do-
FO - i haven't even got the damn plate in front of me
CA - you're alright just keep on goin' down to four hundred feet
CA - two five five- still goin' to KL beacon it's on, it's on yours
CA - we go down you feel uncomfortable we don't break out we'll make a missed okay
FO - okay
CA - lookin' good
SOUND OF ALTITUDE ALERT TONE
SO - gear's down tilt checks nav and auto flight panel
SOUND SIMILAR TO FLAP HANDLE BEING MOVED
FO - let's go all the way on the checklist
SO - speedbrake
CA - set
SO - you want any kind of brakes?
CA - ah-
FO - yeah let's put the brakes on-
CA - ah put them on minimum
SO - okay
SO - they're givin' eight thousand meters of visibility at this time
SO - flaps
GPWS - WHOOP WHOOP PULL UP
CA - so you got
GPWS - WHOOP WHOOP PULL UP
CA - so you got the ILS set- right?
FO - yeah
CA - i'm gunna put you on fourteen seven and that'll give you-
GPWS - WHOOP WHOOP PULL UP (sounds 5 times)
? - oh
SO - i've got a hundred feet on the-
? - shit
GPWS - WHOOP WHOOP PULL U-
SOUND OF IMPACT
END OF RECORDING 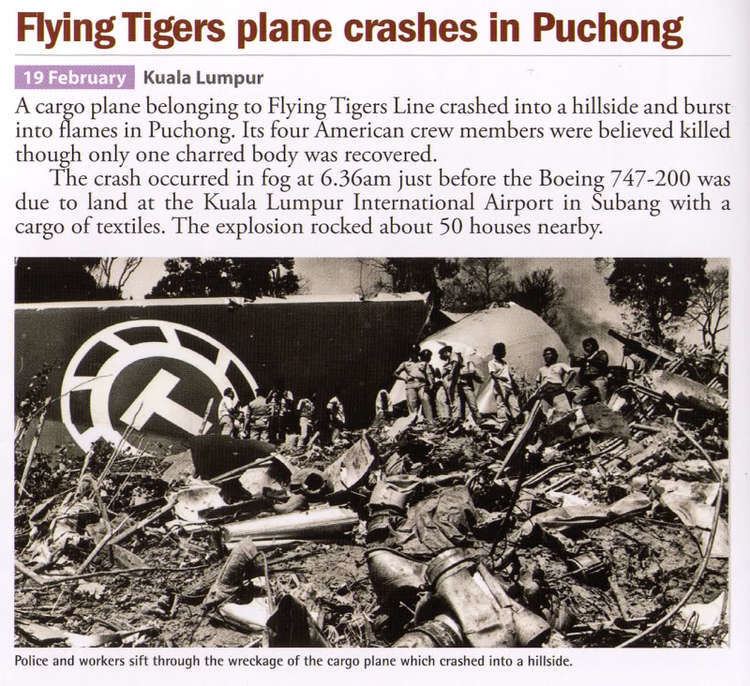