SilkAir Flight 185, a Boeing 737-36N, registration 9V-TRF, was a scheduled passenger flight from Jakarta, Indonesia to Singapore, which crashed on 19 December 1997 after abruptly plunging into the Musi River from its 35,000 feet cruise altitude, killing all 97 passengers and 7 crew on board. 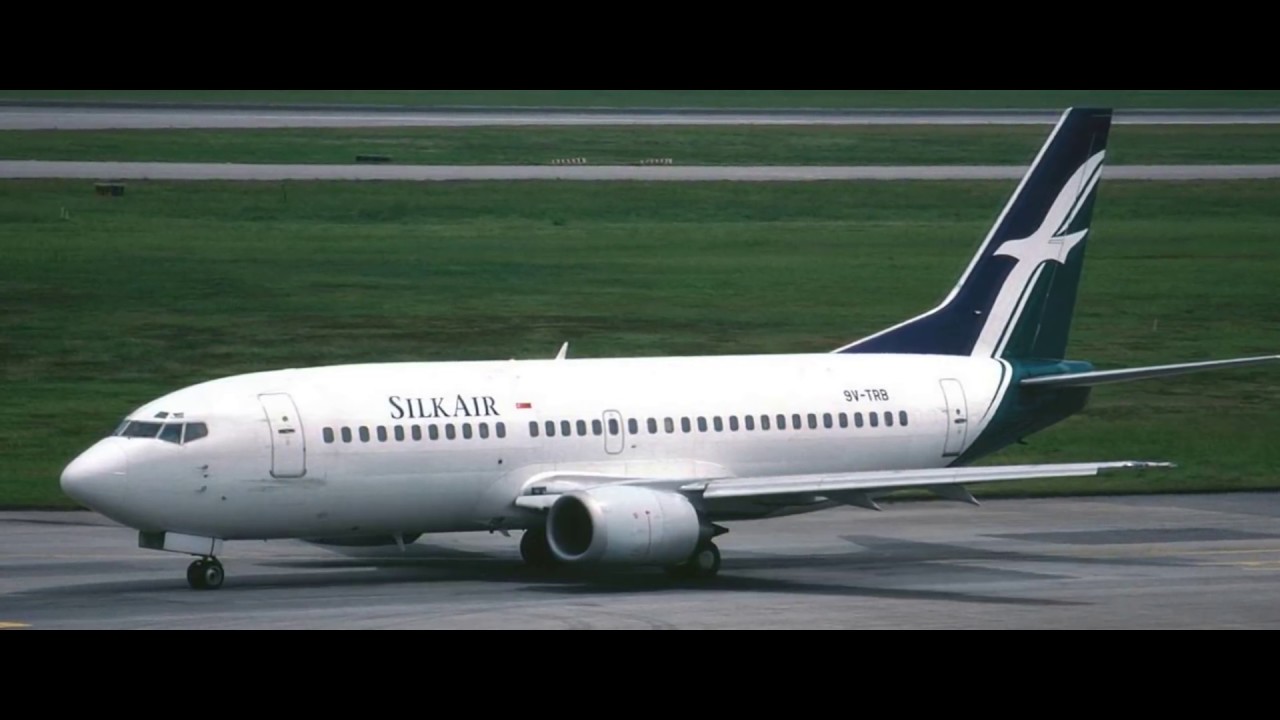 Remarkably, the cockpit voice recorder and flight data recorder stopped recording, at different times and for no apparent reason, minutes before the aircraft departed level flight and entered a steep vertical dive.

The crash was investigated by various groups, with different results. The Indonesian NTSC, who were lead investigators, were unable to determine the cause, while the U.S. NTSB concluded that the crash resulted from an intentional act by a pilot, most likely the captain.

Carrying 97 passengers and a crew of seven, the Boeing departed Jakarta's Soekarno-Hatta International Airport's runway 25R at 15:37 local time (08:37 UTC) for a planned 80 minute flight to Singapore Changi Airport, with the captain at the controls. Generally fair weather was expected for the route, except for some thunderstorms near Singkep Island, 120 nm south of Singapore.

The jetliner was cleared to climb to flight level 350 (approximately 35,000 feet (11,000 m) above mean sea level), and to head directly to Palembang. At 15:47 the aircraft climbed through FL245. The crew then requested a clearance to proceed directly to PARDI. At 15:53 the crew reported reaching its cruise altitude of FL350 and was cleared to proceed directly to PARDI, and to report abeam Palembang. At 16:05 the CVR ceased recording. At 16:10 the controller informed the flight that it was abeam Palembang. The controller instructed the aircraft to maintain FL350 and to contact Singapore Control upon reaching PARDI. The crew acknowledged this call. At 16:11:27 the FDR ceased recording.

Flight 185 remained level at FL350 until it started a rapid and nearly vertical dive, as shown on Jakarta radar, around 16:12:18. The aircraft broke up in flight, crashing into the Musi River, near Palembang, Sumatra. 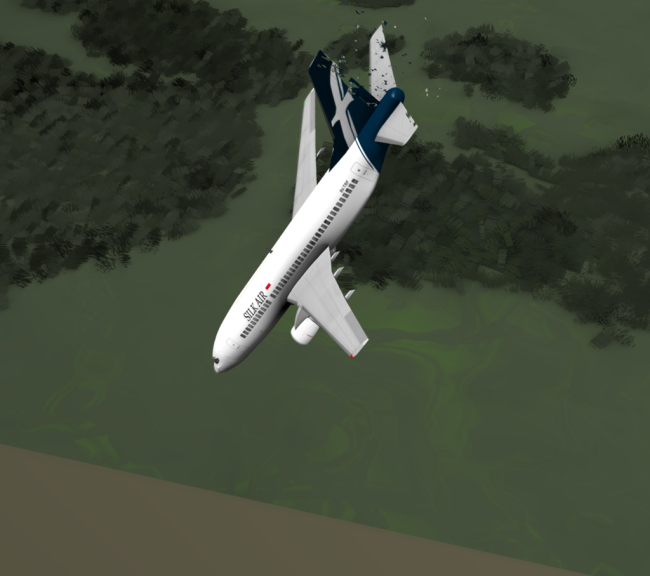 All 104 people on board, including the 41-year-old Singaporean captain, Tsu Way Ming and the 23-year-old co-pilot, New Zealander Duncan Ward, died in the crash.

The aircraft broke into pieces before impact, with the debris spread over several kilometres, though most of the wreckage was concentrated in a single 60x80 meter area at the river bottom. There was not a complete body, body part or limb found, as the entire aircraft and passengers disintegrated upon impact. Only six positive identifications were later obtained from the few recovered human remains.

Among those killed in the crash was Singaporean model and author Bonny Hicks.

The cockpit voice recorder and flight data recorder stopped recording minutes before the abrupt descent, but not at the same time. A technical analysis of the sound signature of a CVR circuit breaker trip, as recorded by the CVR, was carried out by investigators and the evidence showed that the CVR stoppage was consistent with being manually initiated. The radio continued to work after the failure of the recorders, which indicates that power failure was not a cause, however there was no direct proof that the stoppage was the action of the pilot. 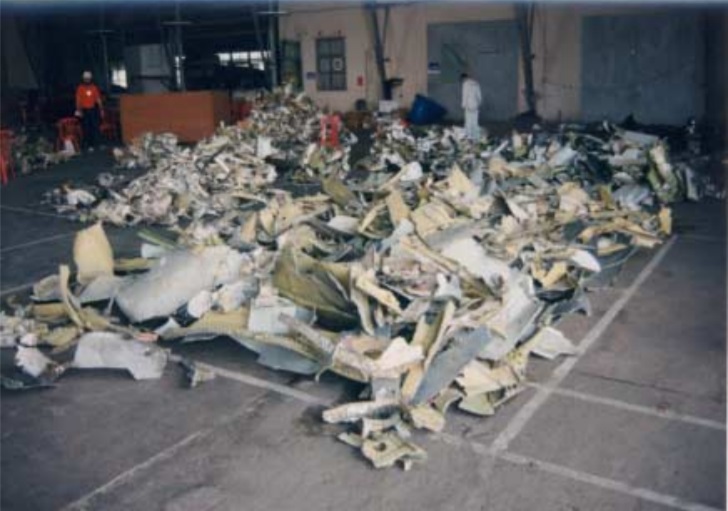