TAM Airlines Flight 3054 (JJ 3054) was an Airbus A320 airliner, registration PR-MBK, operating as a scheduled domestic passenger flight between Porto Alegre and São Paulo, Brazil, which crashed upon landing during rain in São Paulo on July 17, 2007. The twin-engined turbofan aircraft overran the runway, crossed a major thoroughfare during rush hour, crashed at high speed into a TAM Express warehouse adjacent to a gas station and exploded. There were 187 people on board: 181 passengers, 19 of them TAM employees, and 6 crew members. All passengers and crew were killed in the crash, in addition to twelve people on the ground. 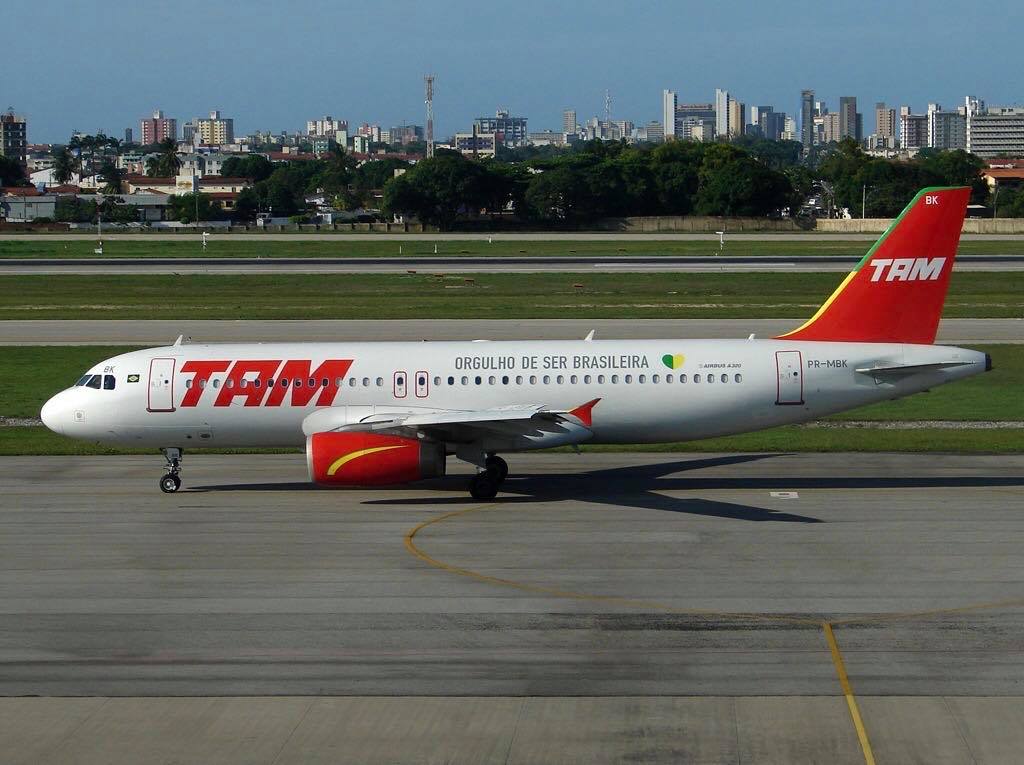 An investigation by the Brazilian Public Safety Ministry released in November 2008 concluded that the National Civil Aviation Agency should have closed the airport on the night the plane landed because of heavy rains; that Congonhas Airport authorities shared the blame because the runway had not been properly constructed with grooves to drain away excess rainwater, contributing to the crash; that the plane's manufacturer, Airbus, should have provided alarms warning the pilots that the braking system was failing; and that TAM failed to properly train its pilots, who did not act correctly in the emergency.

The aircraft was dispatched with the thrust reverser (a mechanical device to help slow the airplane down on landing) on the number 2 (right-side) engine deactivated as it had jammed. TAM said in a statement that a fault in a reverser "does not jeopardize landings." In the same statement TAM also said "no mechanical problem had been recorded on July 16 (the day before the accident)."
It was reported that the plane had difficulty braking on the same runway one day prior to the fatal accident. The inactivated thrust reverser on the number 2 engine was confirmed by Airbus on July 25.

Flight 3054 was cleared to land at Congonhas' 35L runway. Reviews by government officials of the surveillance videos showed that despite the aircraft touching down at the normal touch-down point on the runway, it did not slow down normally, crossing the far end of the runway at around 90 knots (103 mph, 162 km/h). The aircraft, bearing to the left, continued off the end of the runway. The runway is elevated above the surrounding area, and the aircraft's momentum carried it over the traffic on the adjacent Avenida Washington Luís, a major thoroughfare. After clearing the road, the aircraft exploded on impact with a four-story TAM Express facility, resulting in a large fire and killing everybody on board instantly. The TAM Express building contained offices and a warehouse, and was located adjacent to a gas station.

The runway had recently been resurfaced, but it did not yet have water-channeling grooves cut into it to reduce the danger of hydroplaning. 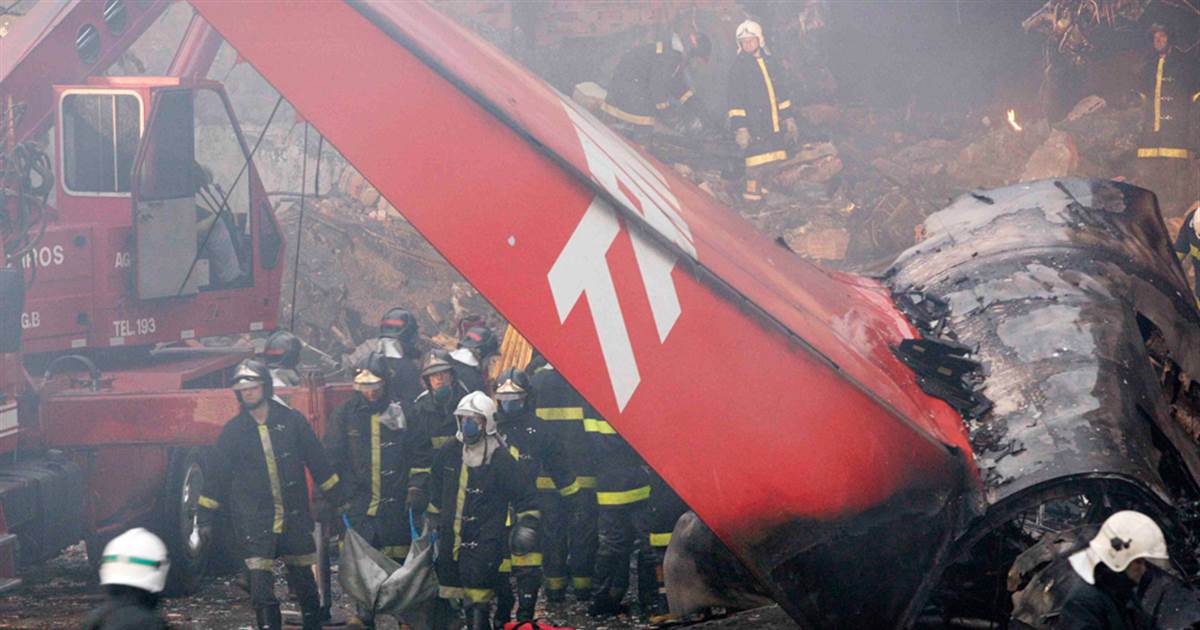 Flight Data Recorder (FDR) information recovered after the crash and released by Brazilian authorities showed that immediately prior to touchdown, both thrust levers were in CL (or "climb") position, with engine power being governed by the flight computer's autothrottle system. Two seconds prior to touchdown, an aural warning, "retard, retard," was issued by the flight's computer system, advising the pilots to "retard" the thrust lever to the recommended idle or reverse thrust lever position. This would disengage the aircraft's autothrottle system, with engine power then being governed directly by the thrust lever's position.

At the moment of touchdown, the spoiler lever was in the "ARMED" position. According to the system logic of the A320's flight controls, in order for the spoilers to automatically deploy upon touchdown not only must the spoiler lever be in the "ARMED" position, but both thrust levers must be at or close to the "idle" position. The FDR transcript shows that immediately after the warning, the flight computer recorded the left thrust lever being retarded to the rear-most position, activating the thrust reverser on the left engine, while the right thrust lever (controlling the engine with the disabled thrust reverser) remained in the CL position. The pilots had only retarded the left engine to idle because they thought that without thrust reverser, the right engine had not to be retarded as well. Airbus autothrust logic dictates that when one or more of the thrust levers is pulled to the idle position, the autothrust is automatically disengaged. Thus, when the pilot pulled the left engine thrust lever to idle it disconnected the autothrust system. Since the right engine thrust lever was still in the "climb" detent, the right engine accelerated to climb power while the left engine deployed its thrust reverser. The resulting asymmetric thrust condition resulted in a loss of control and a crash ensued. Moreover, the A320's spoilers did not deploy during the landing run, as the right thrust lever was above the "idle" setting required for automatic spoiler deployment. 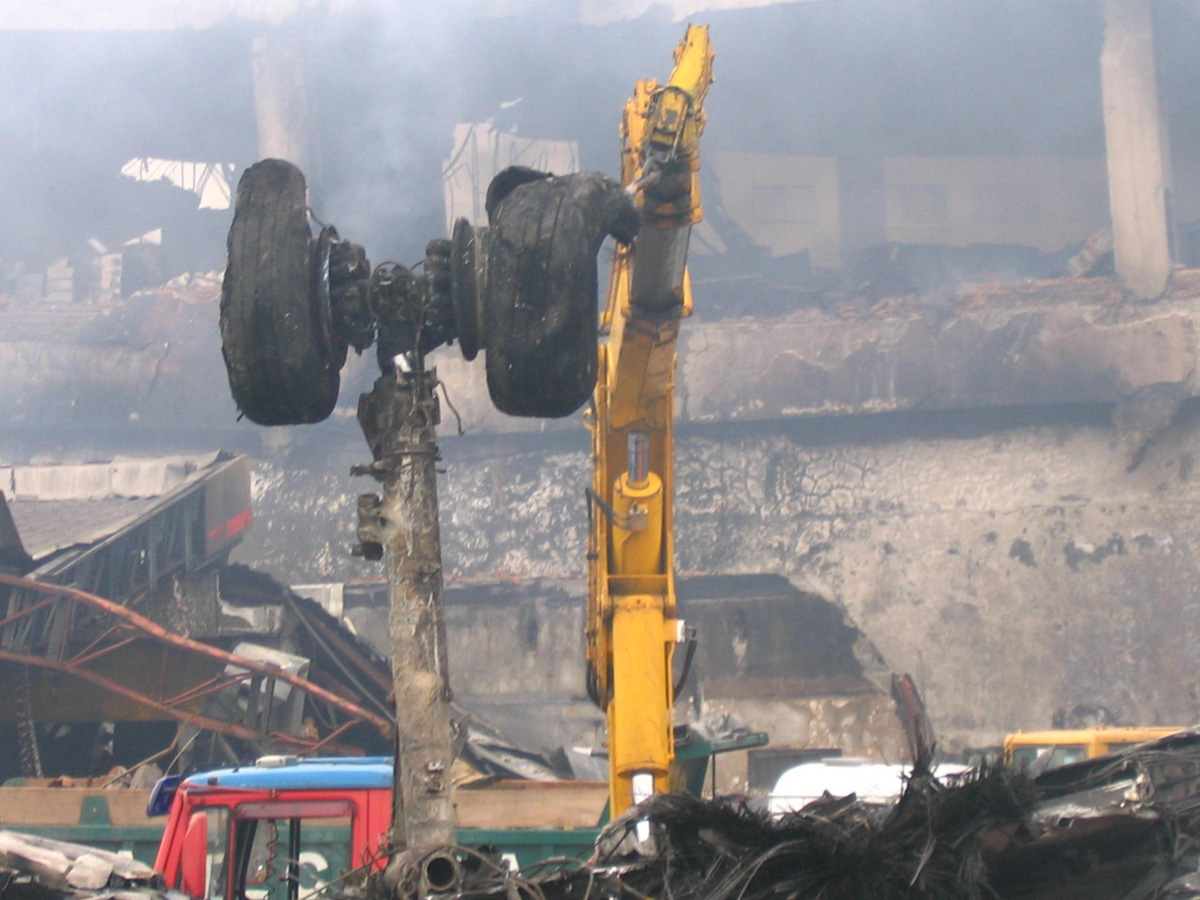 An investigation by the Brazilian Public Safety Ministry released in November 2008 concluded that the pilots mistakenly retarded only the left engine to idle, because the right one had no thrust reverser working when in fact it was necessary to retard both engines in order for the spoilers to work. They also said that the National Civil Aviation Agency should have closed the airport on the night the plane landed because of heavy rains; that Congonhas airport authorities shared the blame because its runway had not been properly constructed with grooves to drain away excess rainwater, contributing to the crash; that the plane's manufacturer, Airbus, should have provided alarms warning the pilots that the braking system was failing; and that TAM failed to properly train its pilots, who did not act correctly in the emergency. 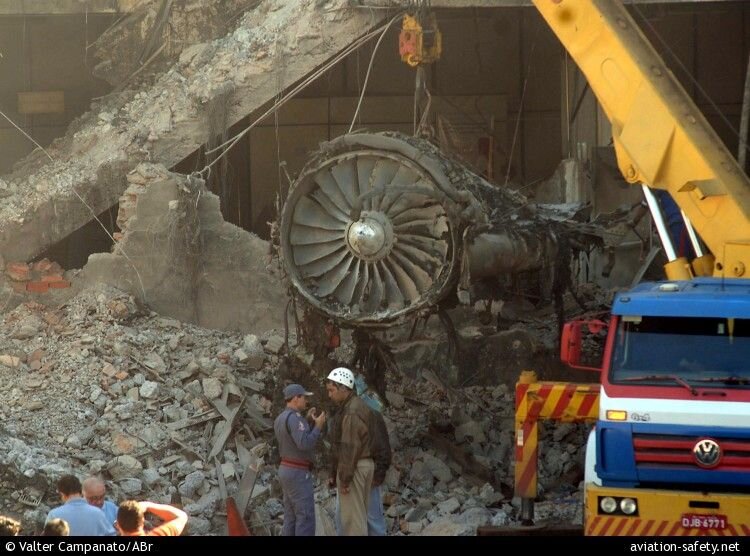