On Tuesday, August 17, 1993, about 0225 eastern daylight time, a Swearingen SA-226, N220KC, owned by Aviation Services, Inc. (ASI), of Hartford, Connecticut, was destroyed when it impacted and sank in the Connecticut River, following an aborted landing at the Hartford-Brainard Airport, Hartford, Connecticut. Both pilots received fatal injuries. Instrument meteorological conditions prevailed. An instrument flight plan had been filed for the flight operating under 14 CFR 91.

The Pilot-In-Command (PIC), Scott Cobble, and the Second-In- Command (SIC), Gary Payne, departed the Hartford-Brainard (HFD) airport as a crew in N220KC for a scheduled three day mission, on August 15, 1993. They arrived in Atlantic City (ACY), New Jersey, about 0930. During the day, they completed two round trip flights in two different company Shorts, SD3 airplanes, and terminated the days flying at ACY, about 2345.

The crew was off duty from their arrival at ACY until the evening of August 16, 1993, at a company provided motel room. At 2100, they departed ACY for Springfield, Massachusetts, in N220KC, and arrived back at ACY at 2350. Their final departure from ACY was at 0010, August 17, 1993. They arrived at La Guardia (LGA) Airport, New York, at 0050, discharged passengers, and departed LGA at 0100, for FRG. They arrived at FRG at approximately 0115, shut the airplane down, and discharged the remaining passengers. 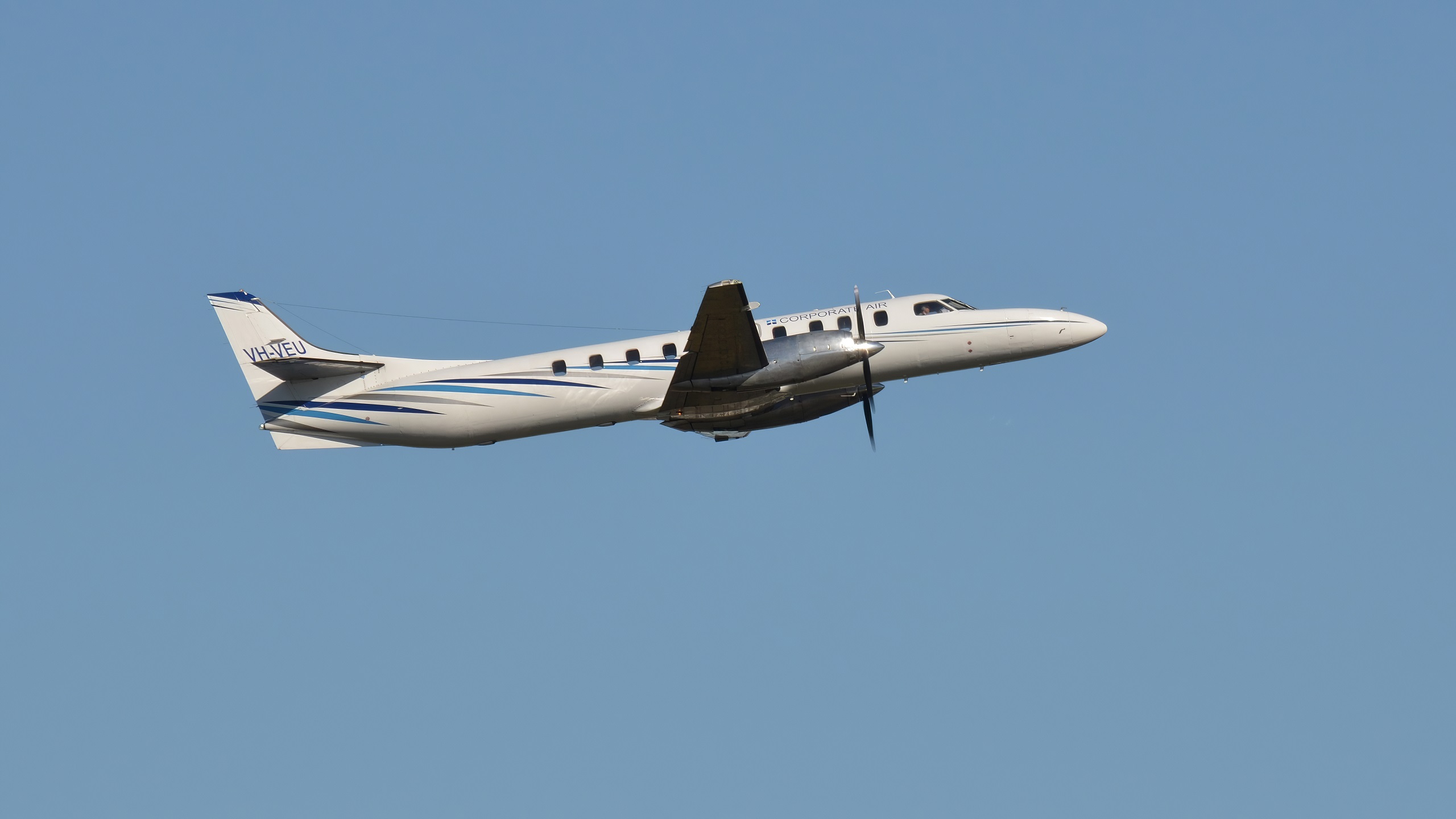 At 0123, a crewmember telephoned New York Automated Flight Service and requested the weather at HFD. A weather briefing was provided along with the telephone number for the crew to obtain an instrument clearance from New York Tri-Area Radar Control (TRACON).

A crewmember of N220KC obtained the Instrument Flight Rules (IFR) clearance by telephone, and at 0153 was issued a takeoff release by telephone, with a void time of 0204. The PIC, whose voice was identified by the ASI, Director of Operations, from the cockpit voice recorder tape, reported airborne from FRG at 0203 to the TRACON controller. Post accident investigation revealed that the PIC was seated in the left seat and the flying SIC was seated in the right seat.

Radar contact was established with N220KC and a climb was issued to 5,000 feet where it remained until the initial descent into Hartford, Connecticut. At 0212, the PIC of N220KC contacted Bradley Approach Control and advised that they were at 5,000 feet. The controller advised N220KC to expect the LDA (Localizer Directional Aid) to runway 02 and issued the last weather observation for Brainard which was taken at 2345. At 0216, the controller issued a heading for a radar vector to the LDA final approach, and then instructed N220KC to descend to 2,500 feet.

According to the cockpit voice recorder (CVR) transcript, the crew completed an approach briefing at 0213. The time from the final approach to the missed approach point, and the planned approach speeds were not discussed.

After being issued the descent to 2,500 feet the PIC completed the descent checklist items at 0218. The last two items on the checklist, crew briefing, and calculations of the landing weight and the approach reference speed, were not discussed.

At 0218:48, the controller issued N220KC the approach clearance and a final heading to intercept the localizer course. The PIC of N220KC acknowledged the clearance.

During the next 2 minutes the SIC requested progressive flap settings, which the PIC accomplished. The SIC stated at 0220:36, "crossing Lomis," which was the final approach fix.

Over the next minute, communications between the SIC and PIC consisted of a request for a 3/4 flap setting, power adjustments, course alignment, confirmation of the minimum descent altitude and an adjustment of sink rate. The PIC reported to the SIC at 0221:58, "okay, keep her coming down Gary, there's the runway." At that point the SIC stated, "alrighty, my power, landing flaps."

There was no recording on the CVR that a before landing checklist readout was discussed or accomplished.

At about 0222, the PIC called the Bradley Approach Controller and cancelled their IFR flight plan and indicated that they were clear of the clouds at 1,100 feet. The controller acknowledged the cancellation and advised N220KC to "squawk VFR" on their transponder.

While approaching runway 02, the crew forgot to lower the landing gear. The circuit breaker for the gear warning horn had been pulled at some previous flights by other crew to prevent it from sounding during a high speed descent. Propeller blades contacted the runway at a speed of 96kts. When the crew tried to perform a go-around, the speed had dropped 10kts. The aircraft cleared a stone wall, crashed into the water and sank into Connecticut River.

Similar interaction between the SIC and PIC continued for the next 12 seconds, followed by a sound similar to that of the stall warning horn at 0224:20.1. The CVR tape ended at 0224:26.3