N782AL, an Air Transport International DC-8-63, landed at MCI on February 16, 1995, after a regularly scheduled cargo flight from Denver (DEN), Colorado. The airplane was loaded with new cargo and was prepared for a departure to Toledo, Ohio. During the engine starting sequence, the flightcrew was unable to start the No. 1 engine. Local maintenance personnel examined the engine and determined that a No. 1 engine gearbox drive gear had failed and that repairs could not be accomplished at MCI. ATI management decided to schedule a three-engine ferry of N782AL to Westover Municipal Airport (CEF), Chicopee, Massachusetts, where repairs could be accomplished. The cargo was then offloaded from the airplane. 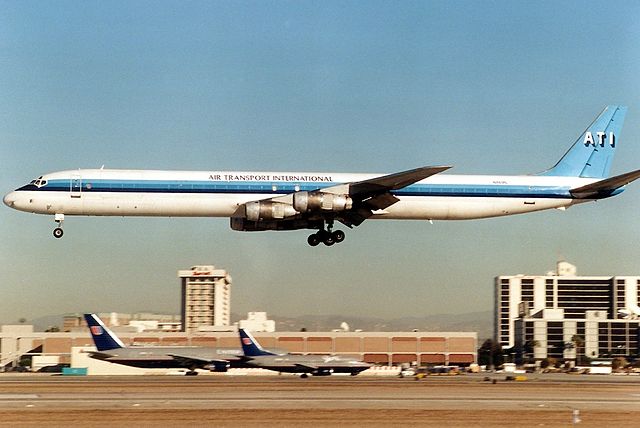 At 20.21h LT the DC-8 prepared to take-off from RWY 01L at Kansas City International Airport for a flight to Westover AFB with the no.1 engine inoperative. But the aircraft lost directional control and the crew aborted the take-off. Six minutes afterwards they attempted to take-off for the second time. At 980m into the take-off roll the DC-8 started to veer to the left. At 1160m the aircraft rotated with a tail strike but the tail remained in contact with the runway for another 250m. At 1600m the DC-8 finally became airborne and climbed to 30m before crashing into the ground, left wing-first. The wreckage came to a halt at 2300m. 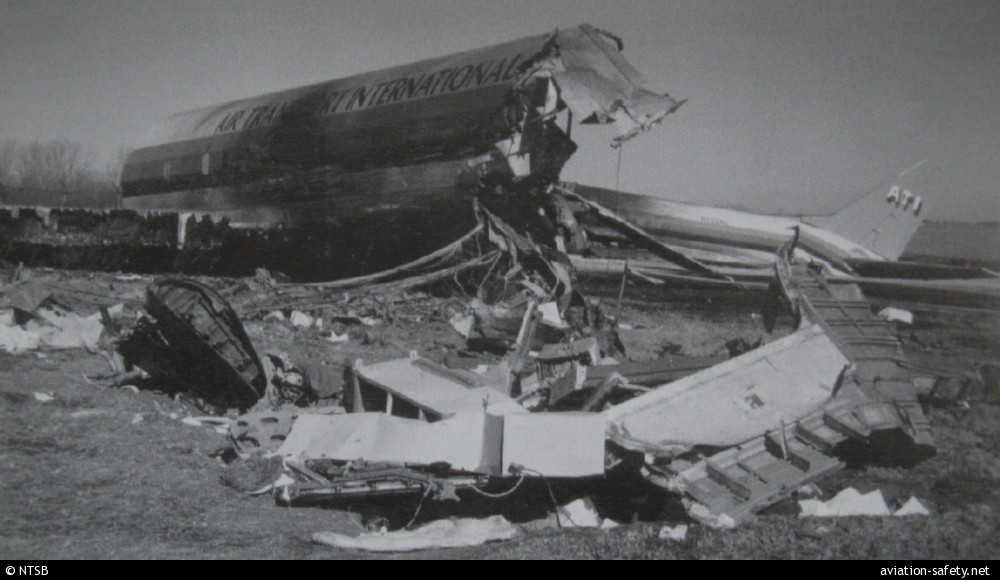 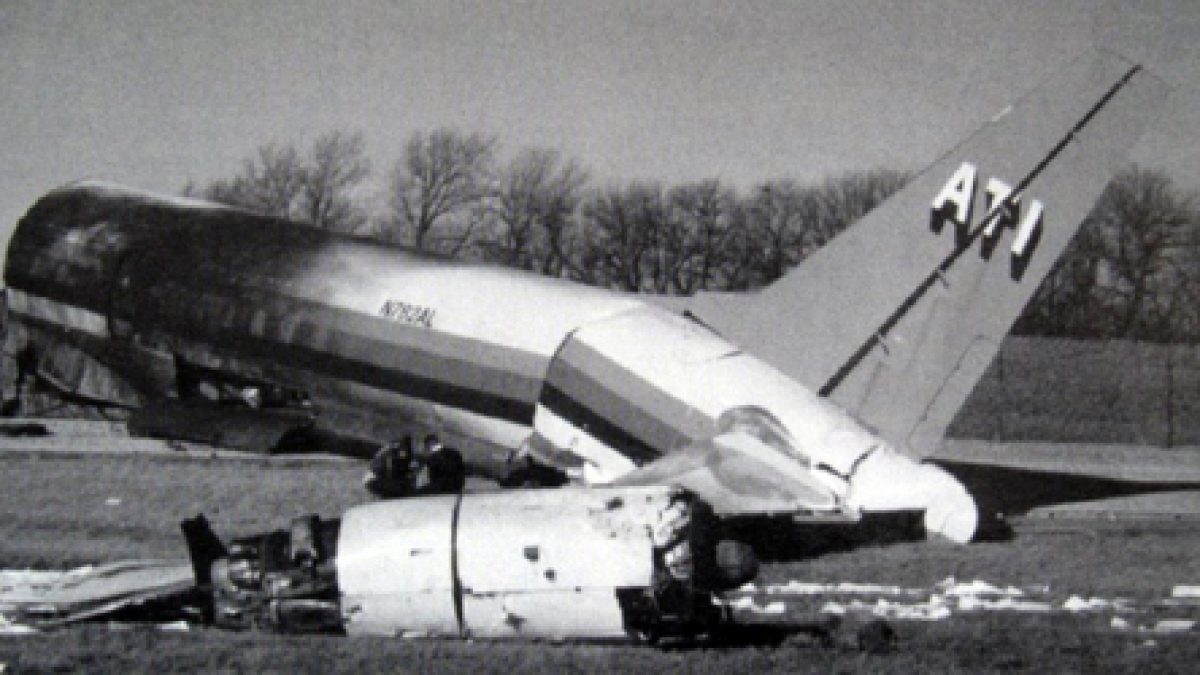