The Hercules C-130, registration HB-ILF, took off from Kuito at 06.50 UTC for a return flight to Benguela. On climbout a no.1 engine failure was simulated by the pilot. The aircraft then continued to climb to FL240. At 4min 36sec after take-off, the no.3 engine exploded. A fire then erupted. The Hercules descended fast and collided with 8 houses of the Cancao village, killing two people on the ground.

PROBABLE CAUSE: "The accident can be explained by the fact that the aircraft was struck by ground fire or a missile, the origin of which couldn't be established." 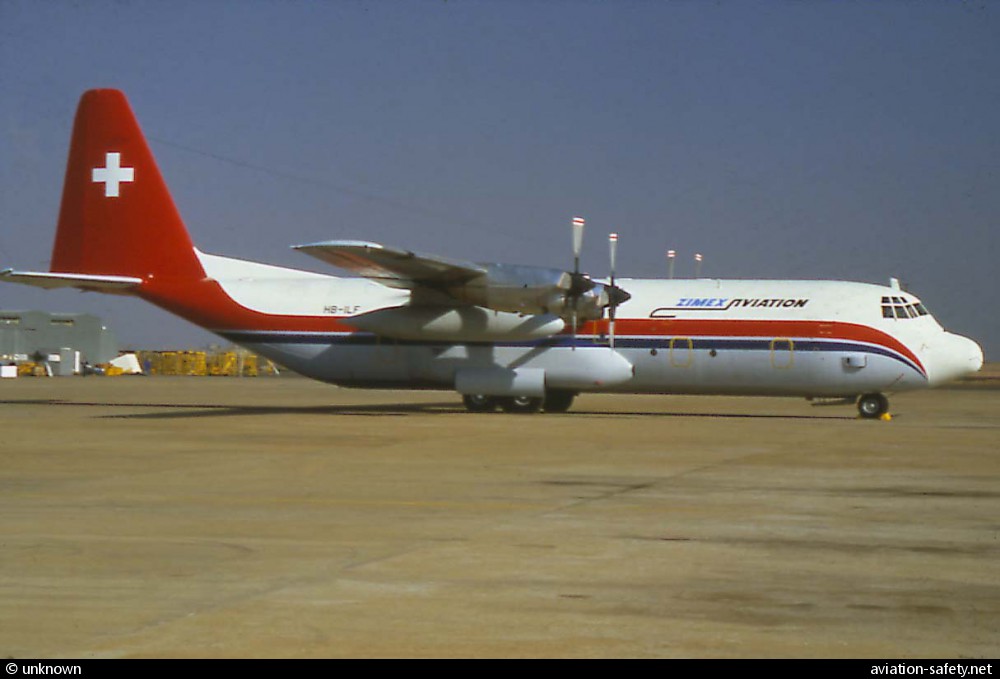