Indian Airlines Flight 605 was a flight on 14 February 1990 that crashed on its final approach to Bangalore airport, killing 92 people.

The flight, IC-605, took off from Mumbai (Bombay) at 11:58 for a flight to Bangalore. At 12:25 Bangalore approach was contacted and prevailing weather at Bangalore was passed on to the crew. At 12:44, the Airbus A320 was cleared to descend to 11,000 feet and visual approach into runway 9 was cleared.

On final approach, the aircraft descended well below the normal approach profile and kept descending until it struck the boundaries of the Karnataka Golf Club, 2,300 feet (700 m) short and 200 feet (61 m) right of the runway. The aircraft rolled for 80 feet (24 m) and lifted off again for about 230 feet (70 m) and came down again on the 17th green of the golf course.

The landing gear wheels dug into the ground and the aircraft impacted a 12 feet (3.7 m) high embankment, causing the gears and engines to be sheared off. The aircraft continued over the embankment and came to rest in a grassy, marshy and rocky area.

The official verdict of the crash was the "Failure of the pilots to realize the gravity of the situation and respond immediately towards proper action of moving the throttles, even after the radio altitude call-outs of "Four hundred", "Three hundred" and "Two hundred" feet, in spite of knowing that the plane was in idle/open descent mode." However, there were aspersions cast on the then newly launched Airbus A320 and the complications of the aircraft coupled with lack of suitable training for pilots. 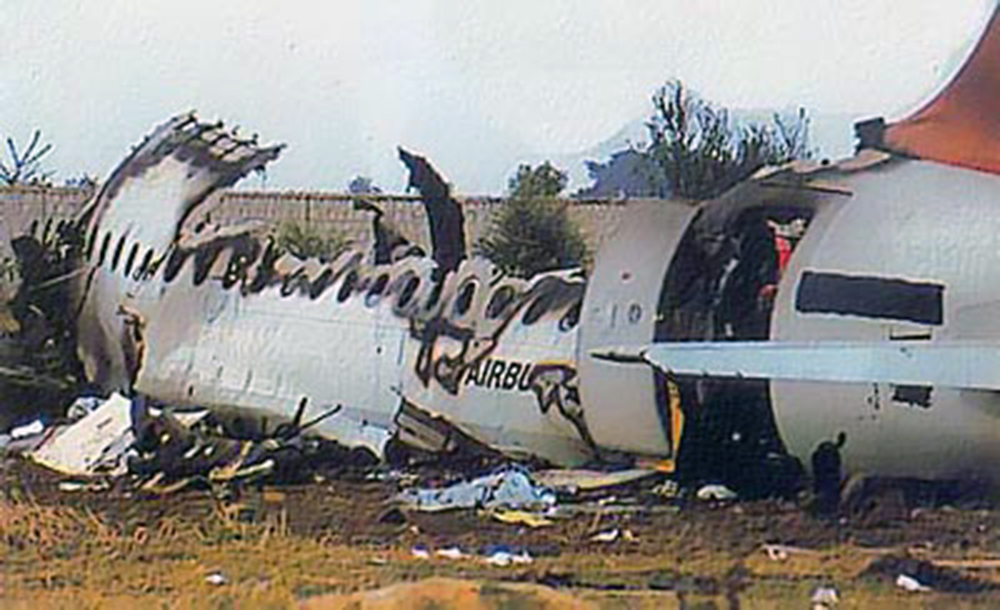 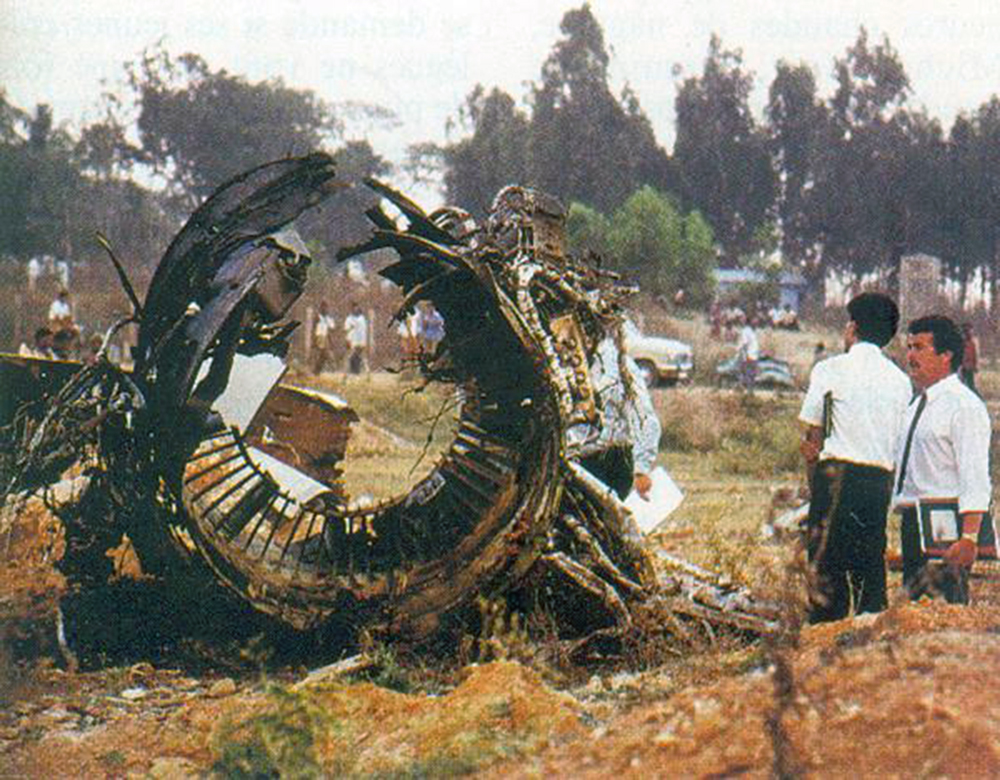