On August 14, 2013, about 0447 central daylight time (CDT), UPS flight 1354, an Airbus A300-600, N155UP, crashed short of runway 18 during a localizer non-precision approach to runway 18 at Birmingham-Shuttlesworth International Airport (BHM), Birmingham, Alabama. The captain and first officer were fatally injured, and the airplane was destroyed by impact forces and post-crash fire. The scheduled cargo flight was operating under the provisions of 14 Code of Federal Regulations Part 121 on an instrument flight rules flight plan, and dark night visual flight rules conditions prevailed at the airport; variable instrument meteorological conditions with a variable ceiling were present north of the airport on the approach course at the time of the accident. The flight originated from Louisville International Airport-Standiford Field, Louisville, Kentucky, about 0503 eastern daylight time. 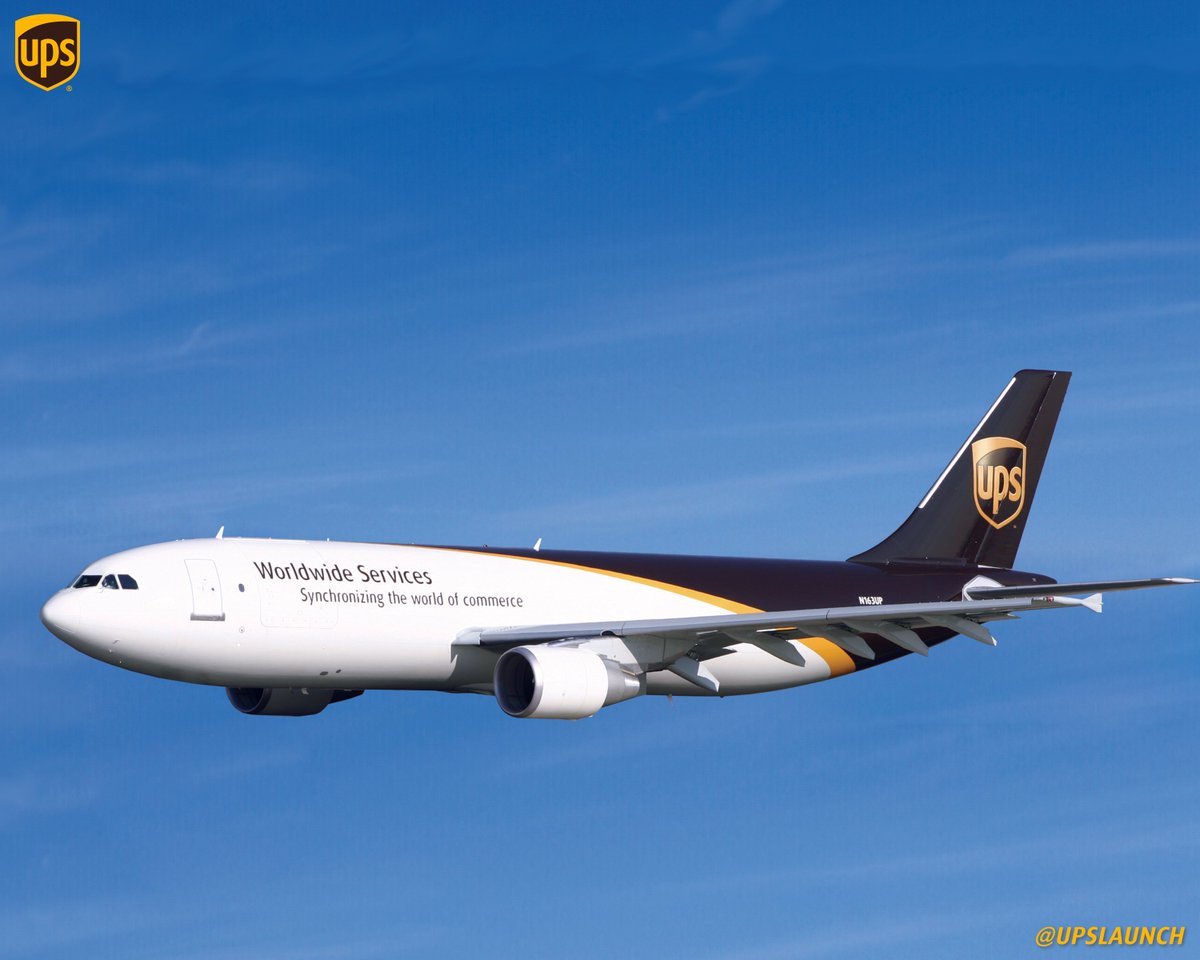 A notice to airmen in effect at the time of the accident indicated that runway 06/24, the longest runway available at the airport and the one with a precision approach, would be closed from 0400 to 0500 CDT. Because the flight’s scheduled arrival time was 0451, only the shorter runway 18 with a non-precision approach was available to the crew. Forecasted weather at BHM indicated that the low ceilings upon arrival required an alternate airport, but the dispatcher did not discuss the low ceilings, the single-approach option to the airport, or the reopening of runway 06/24 about 0500 with the flight crew. Further, during the flight, information about variable ceilings at the airport was not provided to the flight crew.

The captain was the pilot flying, and the first officer was the pilot monitoring. Before descent, while on the direct-to-KBHM leg of the flight, the captain briefed the localizer runway 18 non-precision profile approach, and the first officer entered the approach into the airplane’s flight management computer (FMC). The intended method of descent (a “profile approach”) used a glidepath generated by the FMC to provide vertical path guidance to the crew during the descent from the final approach fix (FAF) to the decision altitude, as opposed to the step-down method (“dive and drive”) that did not provide vertical guidance and required the crew to refer to the altimeter to ensure that the airplane remained above the minimum crossing altitude at each of the approach fixes. When flown as a profile approach, the localizer approach to runway 18 had a decision altitude of 1,200 ft mean sea level (msl), which required the pilots to decide at that point to continue descending to the runway if the runway was in sight or execute a missed approach.

As the airplane neared the FAF, the air traffic controller cleared the flight for the localizer 18 approach. However, although the flight plan for the approach had already been entered in the FMC, the captain did not request and the first officer did not verify that the flight plan reflected only the approach fixes; therefore, the direct-to-KBHM1 leg that had been set up during the flight from Louisville remained in the FMC. This caused a flight plan discontinuity message to remain in the FMC, which rendered the glideslope generated for the profile approach meaningless. The controller then cleared the pilots to land on runway 18, and the first officer performed the Before Landing checklist. The airplane approached the FAF at an altitude of 2,500 ft msl, which was 200 ft higher than the published minimum crossing altitude of 2,300 ft.

Had the FMC been properly sequenced and the profile approach selected, the autopilot would have engaged the profile approach and the airplane would have begun a descent on the glidepath to the runway. However, this did not occur. Neither pilot recognized the flight plan was not verified. Further, because of the meaningless FMC glidepath, the vertical deviation indicator (VDI), which is the primary source of vertical path correction information, would have been pegged at the top of its scale (a full-scale deflection), indicating the airplane was more than 200 ft below the (meaningless) glidepath. However, neither pilot recognized the meaningless information even though they knew they were above, not below, the glideslope at the FAF. When the autopilot did not engage in profile mode, the captain changed the autopilot mode to the vertical speed mode, yet he did not brief the first officer of the autopilot mode change. Further, by selecting the vertical speed mode, the approach essentially became a “dive and drive” approach. In a profile approach, a go-around is required upon arrival at the decision altitude (1,200 ft) if the runway is not in sight; in a “dive-and-drive” approach, the pilot descends the airplane to the minimum descent altitude (also 1,200 ft in the case of the localizer approach to runway 18 at BHM) and levels off. Descent below the minimum descent altitude is not permitted until the runway is in sight and the aircraft can make a normal descent to the runway. A go-around is not required for a “dive and drive” approach until the airplane reaches the missed approach point at the minimum descent altitude and the runway is not in sight. Because the airplane was descending in vertical speed mode without valid vertical path guidance from the VDI, it became even more critical for the flight crew to monitor their altitude and level off at the minimum descent altitude.

The airplane continued to descend, and at 1,000 ft msl (about 250 ft above ground level), an enhanced ground proximity warning system (EGPWS) “sink rate” caution alert was triggered. The captain began to adjust the vertical speed in accordance with UPS’s trained procedure, and he reported the runway in sight about 3.5 seconds after the “sink rate” caution alert. The airplane continued to descend at a rate of about 1,000 fpm. The first officer then confirmed that she also had the runway in sight. About 2 seconds after reporting the runway in sight, the captain further reduced the commanded vertical speed, but the airplane was still descending rapidly on a trajectory that was about 1 nautical mile short of the runway. Neither pilot appeared to be aware of the airplane’s altitude after the first officer’s 1,000-ft callout. The cockpit voice recorder then recorded the sound of the airplane contacting trees followed by an EGPWS “too low terrain” caution alert. 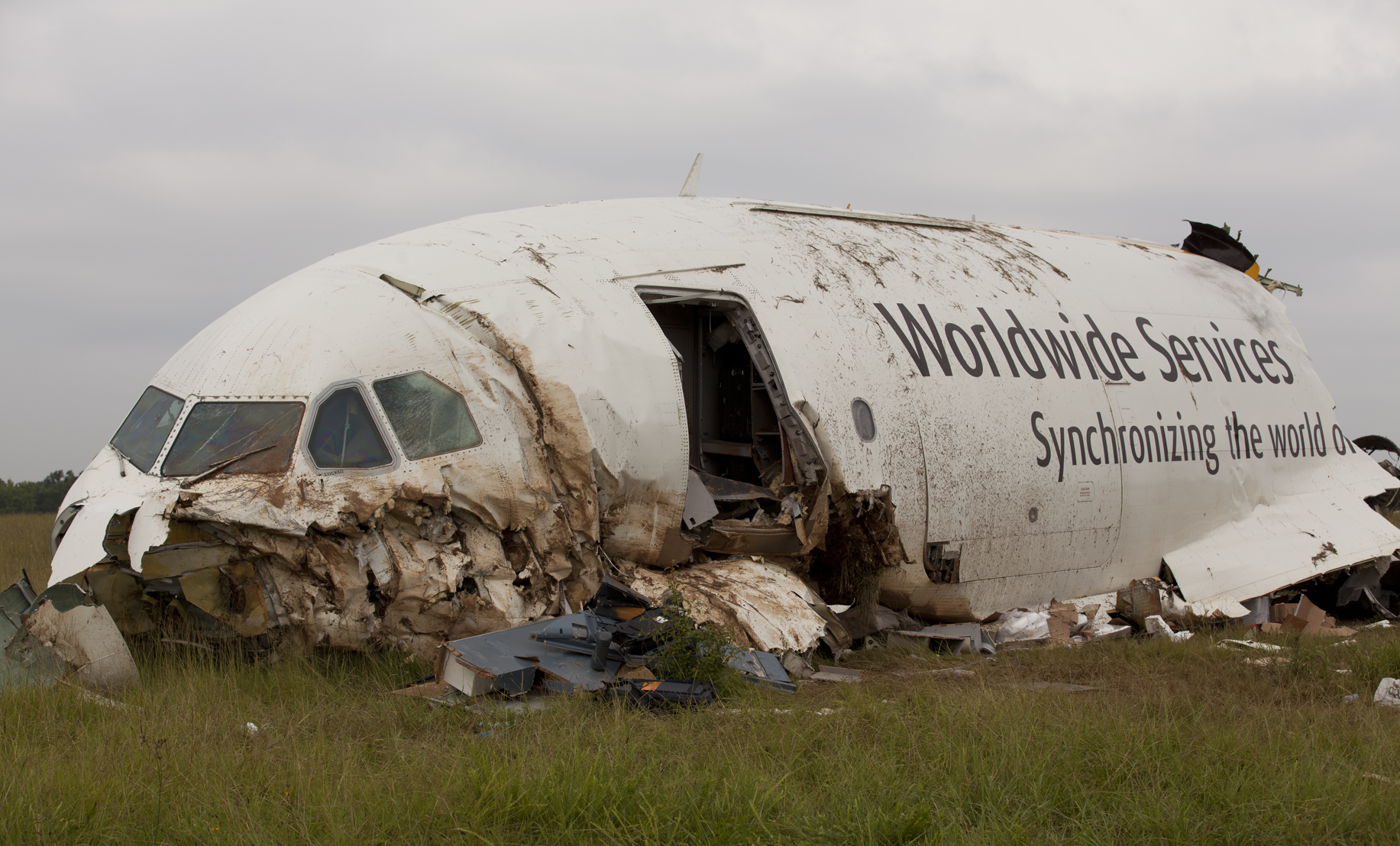