Crossair Flight LX498 (known subsequently as Crossair Flight CRX498 by officials) was a commuter flight from Zurich, Switzerland to Dresden, Germany that crashed two minutes after takeoff in the Swiss municipality of Niederhasli on 10 January 2000. The seven passengers and three crewmembers aboard the two-turboprop engine Saab 340 aircraft all died on impact. It was the first fatal crash for the Swiss regional airline Crossair in its 25-year history. 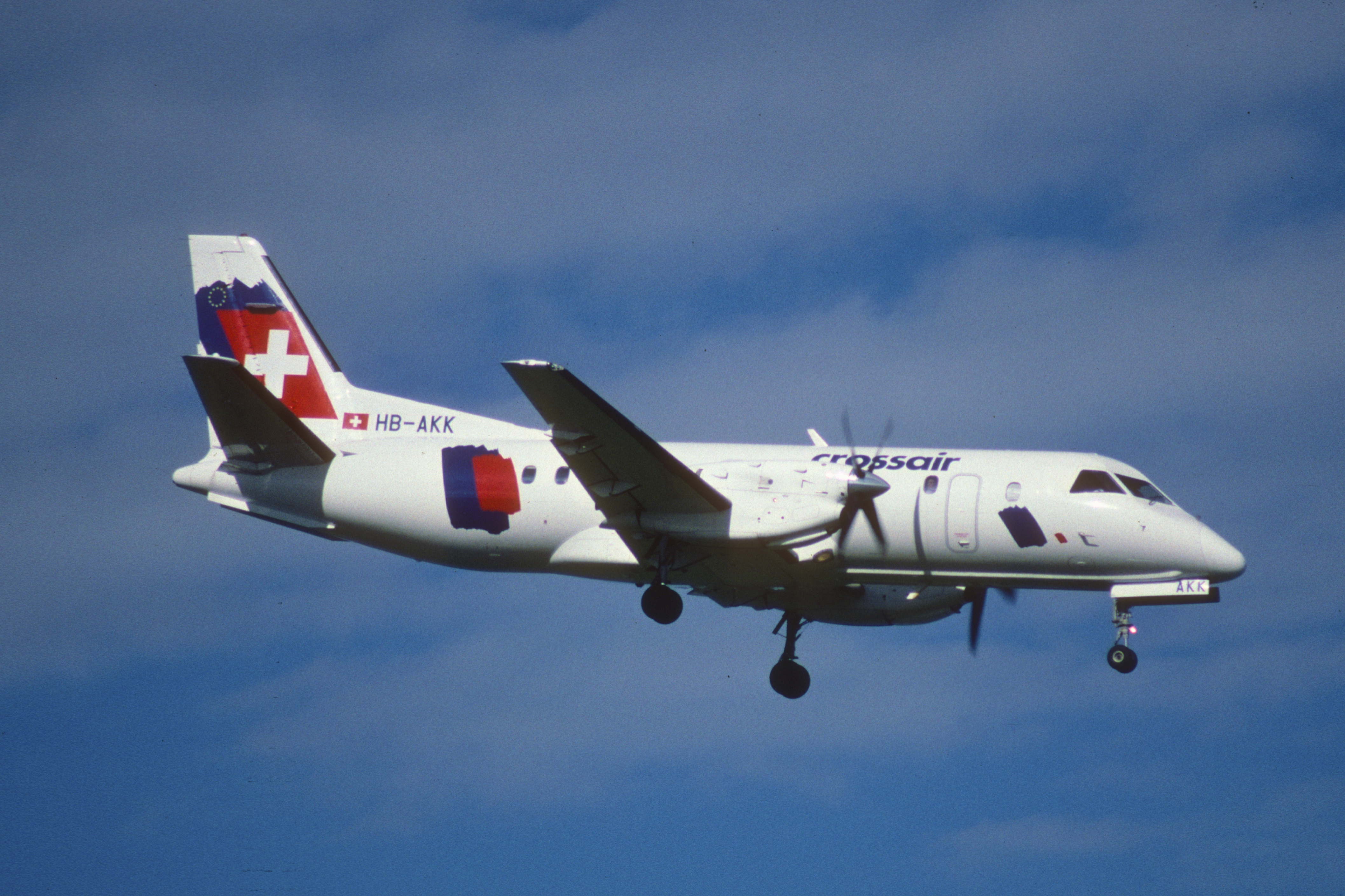 The official report into the disaster found that the crash was due to a loss of control resulting from multiple human failures. An alternative theory has been developed that suggests the crash may instead have been the result of mobile phone use interfering with the aircraft. The theory resulted in multiple countries banning mobile phone usage on aircraft.

At 17.00h HB-AKK arrived at Zurich tarmac position F74 following a flight from Guernsey. The aircraft was then prepared for flight CRX498 to Dresden. Taxi clearance was given at 17.50 and the crew taxied to runway 28. At 17.54h the aircraft was cleared for takeoff. Takeoff and climb were conducted with flaps at 0 degrees, which is normal for a Saab 340 departing from runway 28. The aircraft climbed normally at 136kts IAS. After retracting the gear the Flight Director was switched on, NAV mode engaged and LRN1 captured.

The initial track was normal, except for a track drift to the south of about 7deg. While climbing through 2500ft QNH the crew switched to Zurich Departure Control and were recleared to climb to FL110. At 17.55 the crew were cleared to make a left turn to intercept airway R234 to the ZUE beacon (the Zurich East -ZUE One Yankee departure). A left turn was initiated, during which the first officer entered a command in the Flight Management System (FMS). After having turned left for 7 seconds the captain started a right turn, which would be consistent with Flight Director commands generated by the FMS for a 'direct to ZUE'. The right turn was continued with an increasing bank angle, which continued to 42deg with a constant rate of climb, whilst the pitch concurrently reduced to 0deg. Right aileron input then caused an increase in right roll rate. The first officer advised the captain that the aircraft should actually turn to the left. This was also noted by the Zurich departure controller at 17.56:20, who asked the crew about the direction of the turn. The first officer replied: "Moment please, stand by". Upon which the Departure controller recleared the flight to continue the right turn direct to ZUE. By then the pitch had also decreased rapidly, accompanied by a marked speed increase and the Saab entered a high speed high-rate spiral descent. At 17.56:28 the aircraft crashed in an open field.

CAUSES: "The accident is attributable to a collision with the ground, after the flight crew had lost control of the aircraft for the following reasons:- The flight crew reacted inappropriately to the change in departure clearance SID ZUE 1Y by ATC.
- The co-pilot made an entry in the FMS, without being instructed to do so by the commander, which related to the change to the SID ZUE 1 standard instrument departure. In doing so, he omitted to select a turn direction.
- The commander dispensed with use of the autopilot under instrument flight conditions and during the work-intensive climb phase of the flight.
- The commander took the aircraft into a spiral dive to the right because, with a probability bordering on certainty, he had lost spatial orientation.
- The first officer took only inadequate measures to prevent or recover from the spiral dive.

The following factors may have contributed to the accident:
- The commander remained unilaterally firm in perceptions which suggested a left turn direction to him.
- When interpreting the attitude display instruments under stress, the commander resorted to a reaction pattern (heuristics) which he had learned earlier.
- The commander's capacity for analysis and critical assessment of the situation were possibly limited as a result of the effects of medication.
- After the change to standard instrument departure SID ZUE 1Y the crew set inappropriate priorities for their tasks and their concentration remained one-sided.
- The commander was not systematically acquainted by Crossair with the specific features of western systems and cockpit procedures."

At the time, Crossair operated 17 Saab-340 type planes, but eventually phased them out with Embraer ERJ-145 regional jets. The crash came about in the midst of a bitter labor-management dispute between Crossair and its pilots over a possible pay raise and work rules changes. The pilots union had just canceled pay agreements with Crossair in December, 1999, with a termination effective in summer 2000. In addition, and prior to the accident, two Crossair pilots told Swiss media that some foreign pilots employed by Crossair pose a safety risk because of an insufficient knowledge of English. These two pilots were fired by Crossair, but were then elected to head the pilots union, "Crossair Cockpit Personnel (CCP)". Flight LX498's crew consisted of a captain from Moldova and a copilot from Slovakia. An investigation of the accident later revealed that Pilot Gruzin and copilot Kolesar were only able to communicate with each other in English, but Gruzin's ability to speak English was too limited to hold more than a basic conversation.

After the crash, both Crossair and CCP, including the pilots who had previously spoken to the media and been fired, publicly stated that the coincidence between the accident and the dispute was very unfortunate and that reports about pilot error being involved in the crash were speculation, although this conclusion was later established to be the probable cause of the accident. 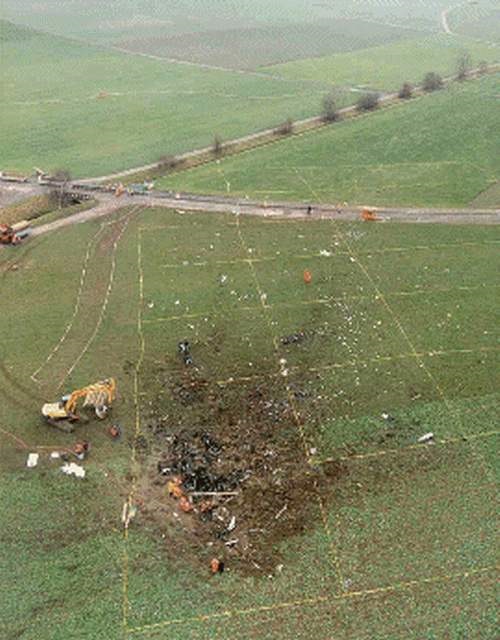