Korean Airlines Flight 2033, an Airbus A300, was approaching a rain slicked airport that summer morning, when a conflict arose between the Captain of the airplane and his Co-Pilot.
The Co-pilot, Chung Chan Kuy, a Korean, asked Captain Barry Woods a Canadian, several times whether he wanted to "go around". Apparently, the Co-pilot was concerned about the length of Runway 6. When the Captain told his Co-pilot not to "go around" the Co-pilot grabbed for the throttles. Woods told him to "get off."
They were flying through a tropical storm with winds that were gusting up to 30mph. 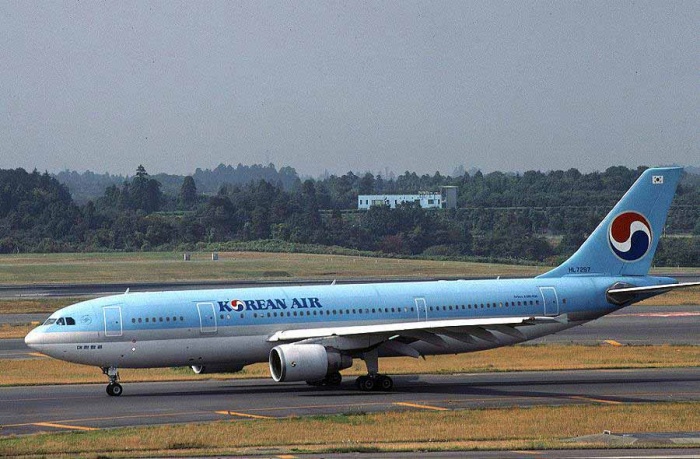 The aircraft touched down 1,773 meters beyond the runway threshold. The aircraft could not be stopped on the remaining 1,227 meters of runway and overran at a speed of 104 knots. After striking the airport wall and a guard post at 30 knots, the aircraft burst into flames and was incinerated

Miraculously, in spite of the airplane catching fire, the six member cabin crew got all of the 152 passengers off the airplane safely, with only a few minor injuries. The Pilot and Co-pilot exited through the cockpit windows. The Airbus was a total write off. Korean authorities contemplated bringing criminal charges against the Captain and the Co-pilot of the aircraft. 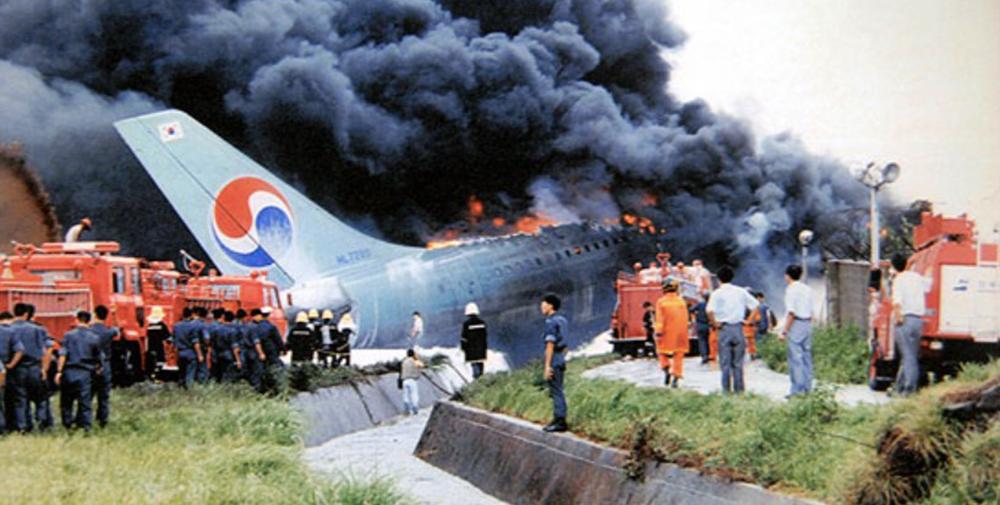 Co-pilot: Runway in sight, runway in sight.
Captain: I got it, I got it.
Co- Pilot: Okay. Right Side? Right?
Captain: Yeah….Okay. Give me the, uh, four hundred [feet]…three…minimum sink rate.
Co- pilot: Sink rate, sink rate.
Captain: Okay, Okay.
Co-pilot: One hundred [feet]. Speed?
Captain: Yeah, fifty [feet]
At this juncture, the Co-pilot decides that there is insufficient distance for the Airbus to land safely without crossing the end of the runway. The Co-pilot, when the aircraft is only 30 feet off the ground, decides to "go around" and pulls back on the yoke.
Co- pilot: Go around, forty [feet], thirty [feet]…
Captain: Get your hands…..Get off! Get off! Tell me what the altitude is. Twenty [feet] . get off.
Co-pilot: Go around?
Captain: No, no, ten, five [feet]
Here they touched down and the brakes and the thrust reversers were deployed, no matter. The Co-pilot still wanted to abort the landing and go around against the wishes of the Captain who was telling him not to go around but to brake the aircraft.
< Co- pilot: [I wanted to] go around…..go around.
Captain: Yeah but we were on…. we were on the runway. Why did you pull us off? Okay, okay. We got to get out of here. Open your window.
Cockpit[Sound of opening the cockpit window]
Captain: Get your [evacuation] slide. Why did you pull us off? We had full reverse on. Pull the fire handles. Pull 'em.
Co-pilot: Fire pulls.
Captain: Okay, get out. Get out. 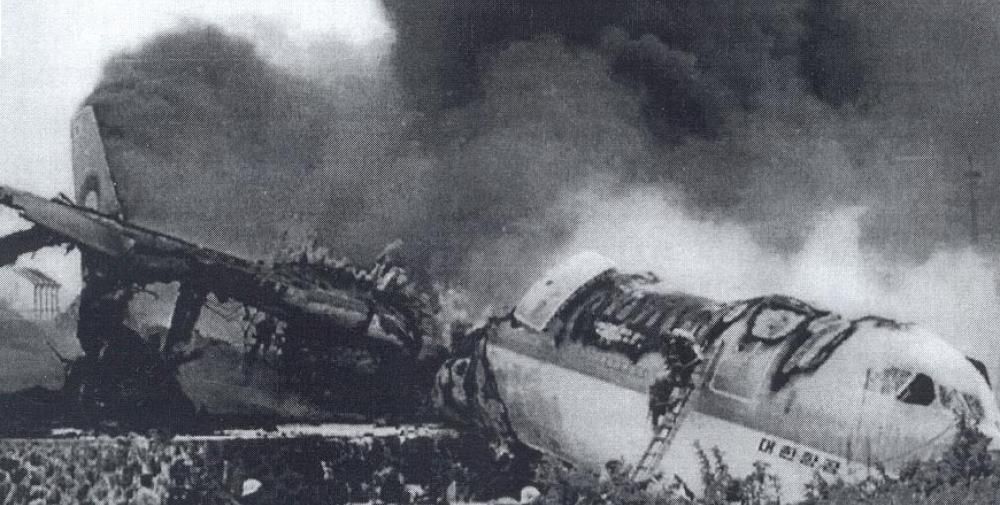