Piedmont Airlines, Flight 230, a Fairchild Hiller 227B, N712U, a regularly scheduled passenger flight, crashed and burned while on an approach to the Kanawha County Airport, Charleston, West Virginia. The three crewmembers and 32 of the 34 passengers were fatally injured in the accident. The aircraft was destroyed by impact and subsequent fire.

Piedmont flight 230 was on an ILS localizer-only approach to Charleston-Kanawha County Airport runway 23 when it struck trees 360ft from the runway threshold. The aircraft continued and struck upsloping terrain (+30deg) 250ft short in a 4-5deg nose down attitude, slightly left wing down. The Fairchild continued up the hill and on to the airport, coming to rest 6ft beyond the threshold and 50ft from the right edge of the runway. A layer of dense fog (about 150ft thick) was obcsuring the threshold and about half of the approach lights. Visual conditions existed outside the fog area. 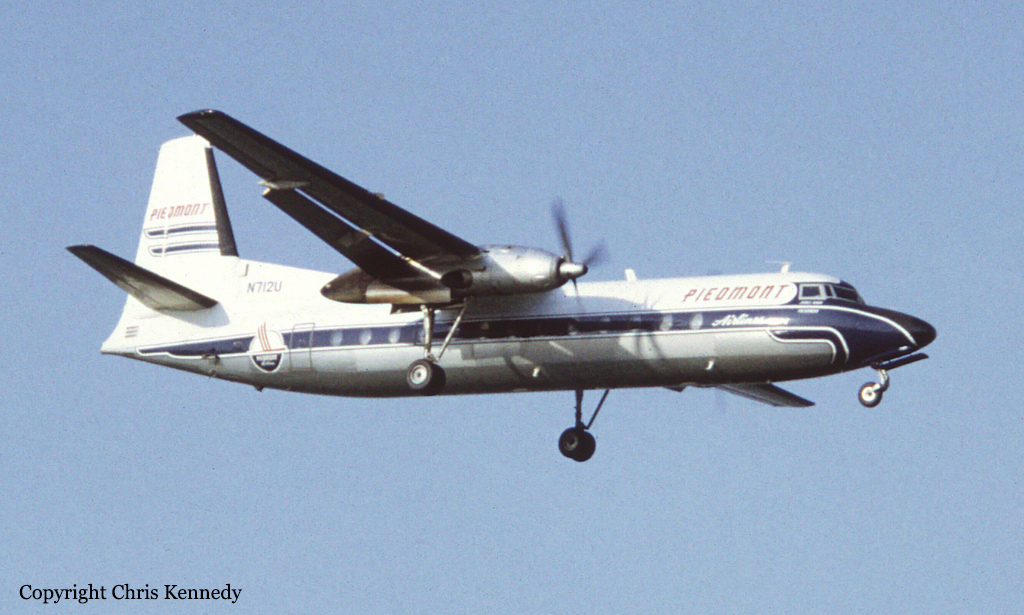 PROBABLE CAUSE: "An unrecognized loss of altitude orientation during the final portion of an approach into shallow, dense fog. The disorientation was caused by a rapid reduction in the ground guidance segment available to the pilot at a point beyond which a go-around could not be successfully effected." 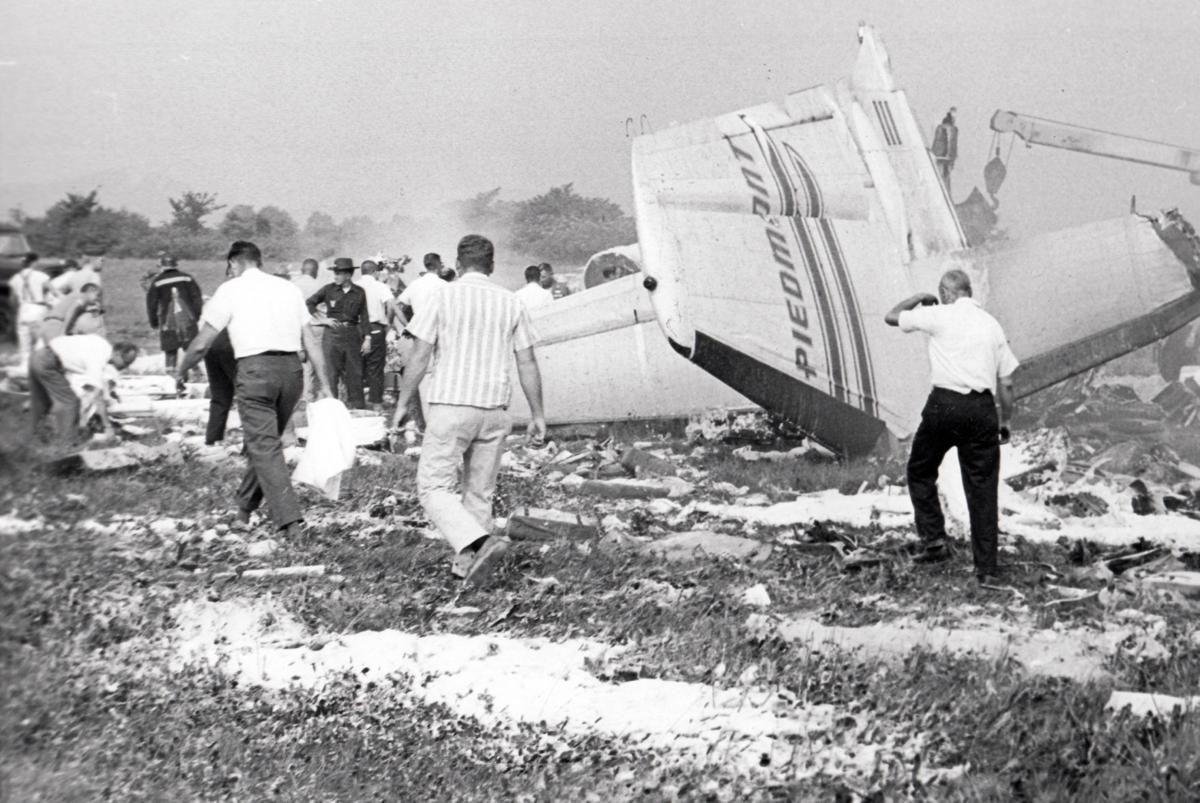