British Airways Flight 2276 was a scheduled international passenger service from Las Vegas to London. On 8 September 2015, the Boeing 777 operating the flight suffered an uncontained engine failure and fire in the left (#1) GE90 engine during take-off from Las Vegas-McCarran International Airport, prompting an aborted take-off and the evacuation of all passengers and crew. All 170 people on board survived, but 20 were injured. The aircraft, which suffered moderate damage to a section of its forward fuselage as of a result of the vigorous fire, was repaired and returned to commercial passenger service in March 2016.

The aircraft left Terminal 3 at 15:53 local time and began its take-off from Runway 07L at 16:12 where the incident occurred.

After noticing what the pilot later described as a "catastrophic failure of the engine" well before take-off speed, the flight crew aborted the take-off by using the aircraft's brakes and ordered an evacuation of the aircraft. All 170 passengers and crew escaped. Nineteen people sustained minor injuries and one person sustained serious injuries. The aircraft is thought to have reached a speed of approximately 90 miles per hour (78 kts; 140 km/h) when the decision to abort was made; far below the takeoff decision speed of the aircraft, which would have been at least 139 miles per hour (121 kts; 224 km/h).

The airport's emergency services extinguished the fire within five minutes of the mayday call. Fourteen people were lightly injured, mostly from sliding down the escape chutes, and treated at Sunrise Hospital & Medical Center. The fire caused a large hole in the cargo hold and damage to the engine.

The Federal Aviation Administration (FAA) indicated the fire was caused by failure of the left General Electric GE90 engine, one of two fitted on the aircraft. The aircraft came to a halt upwind, causing the fire to be blown towards the fuselage; the aircraft sustained localized, but major, structural damage as a result. The aircraft was equipped with suppression systems, though the systems did not extinguish the fire.

The runway, one of four, was closed for four hours, and several inbound flights were cancelled. 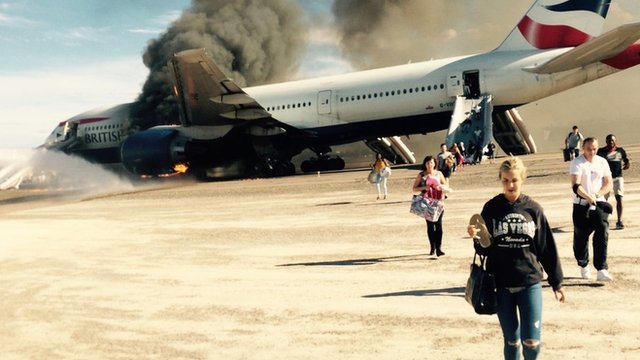 Airworthiness tests were conducted on the aircraft on 25 February 2016. On 26 February, the aircraft made its departure from Las Vegas McCarran airport at 1:33 pm. and was flown to Victorville, arriving at 3:06 pm, where it was repainted and further repairs and maintenance work was performed. The aircraft was then flown to British Airways Maintenance Cardiff in Cardiff on 15 March for a routine C check. Finally, it returned to its London Gatwick base and resumed passenger service on 24 March.

The National Transportation Safety Board (NTSB), the American air accident investigative body, dispatched four investigators to the site the day after the incident. As well as FAA, Boeing and General Electric involvement, the British Air Accidents Investigation Branch has a representative and that representative has appointed "British Airways and the UK Civil Aviation Authority as technical advisors". Initial NTSB findings were that an uncontained engine failure had occurred and that the "left engine and pylon, left fuselage structure and inboard left wing airplane were substantially damaged by the fire". On 6 October 2015, the NTSB issued an update stating that the accident was traced to the failure of the "stage 8–10 spool in the high-pressure compressor section...liberating fragments that breached the engine case and cowling". The NTSB released their final report 2 years and 10 months later, the cause of the accident was determined as "The failure of the left engine high-pressure compressor (HPC) stage 8-10 spool, which caused the main fuel supply line to become detached from the engine main fuel pump and release fuel, resulting in a fire on the left side of the airplane. The HPC stage 8-10 spool failed due to a sustained-peak low-cycle fatigue crack that initiated in the web of the stage 8 disk; the cause of the crack initiation could not be identified by physical inspection and stress and lifing analysis. Contributing to this accident was the lack of inspection procedures for the stage 8 disk web 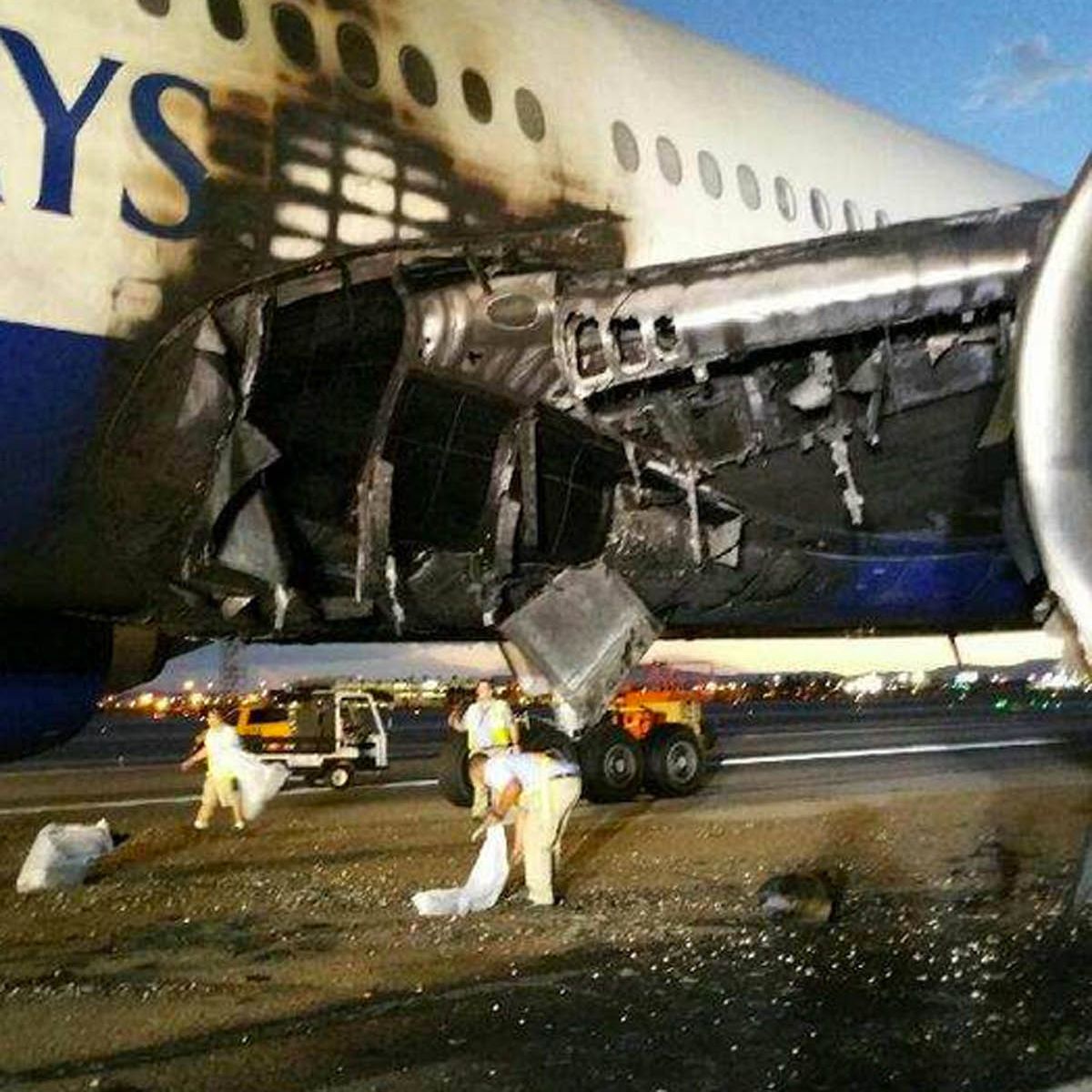