Scandinavian Airlines Flight 686, a MD-87 carrying 110 people and headed to Copenhagen, Denmark, collided on take-off with a Cessna Citation II (registration D-IEVX) business jet carrying four, heading to Paris, France. All 114 people on board the two aircraft were killed, as were four on the ground; a further four people on the ground were injured.
The accident occurred in thick fog, with visibility reduced to less than 200 m. 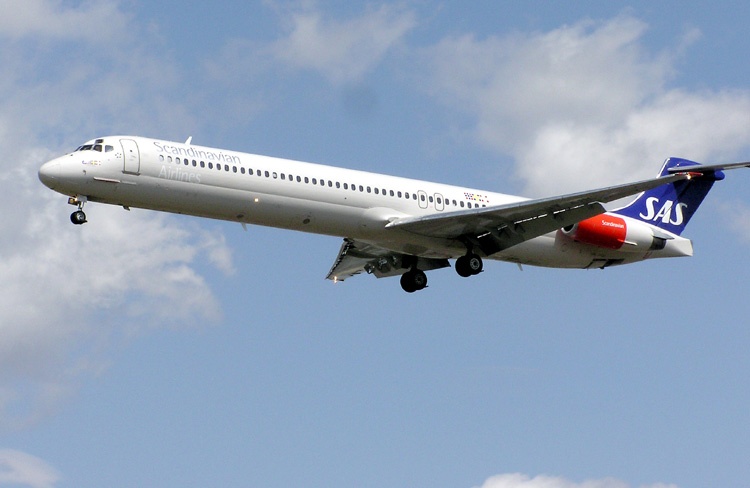 A brand new Cessna 525A CitationJet 2, D-IEVX, arrived at Milan-Linate following a flight from Köln. The Cessna was to carry out a return flight to Paris-Le Bourget, carrying two pilots, a Cessna sales manager and a prospective customer. The plane arrived at 06:59 and was taxied to the General aviation apron, also known as 'West apron'. It was a foggy morning at Milan and one of the passenger flights parked on the North apron was SAS MD-87 "Lage Viking" which was being prepared for flight SK686 to Copenhagen, scheduled to depart at 07:35. At 07:41, the pilot of the MD-87 contacted Linate Ground Control for his engine start clearance, as the boarding of 104 passengers had been completed. The Ground controller cleared the pilot to start engines and advised that the slot time for takeoff of the flight was at 08:16. Thirteen minutes later flight 686 was cleared to taxi to runway 36R: "Scandinavian 686 taxi to the holding position Cat III, QNH 1013 and please call me back entering the main taxiway."

A few minutes later, the Cessna pilot requested permission to start the engines. The ground controller then gave start-up clearance. The ground controller then requested flight 686 to contact the Tower controller. From this moment on the crew of the MD-87 and the crew of the Cessna were tuned on two different radio frequencies. At 08:05 the pilots of the Cessna received taxi clearance: "Delta Victor Xray taxi north via Romeo 5, QNH 1013, call me back at the stop bar of the ... main runway extension."
The pilot acknowledged by saying: "Roger via Romeo 5 and ... 1013, and call you back before reaching main runway."

The Cessna started to taxi from the General Aviation parking position, following the yellow taxi line. After reaching the position where the yellow taxi line splits into two diverging directions, the pilot erroneously took the taxi line to right and entered taxiway R6. At 08:09 the Ground controller cleared the Cessna to continue its taxi on the North apron. At the same time the Tower controller cleared the MD-87 for takeoff: "...Scandinavian 686 Linate, clear for take off 36, the wind is calm report rolling, when airborne squawk ident."

The pilot advanced the throttles and acknowledged the clearance: "Clear for takeoff 36 at when...airborne squawk ident and we are rolling, Scandinavian 686." When the MD-87 was speeding down the runway, the Cessna crossed the runway holding sign and entered the active runway 18L/36R.
At 08.10:21 the nose landing gear of the MD-87 had left the ground and main gears were extending the shock absorbers but the main wheels were still on the ground at an airspeed of 146 knots (270,5 km/h). 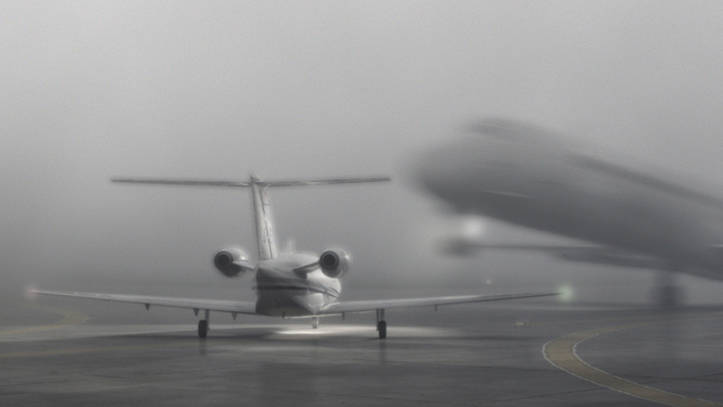 At that moment the MD-87 crew probably saw a glimpse of the Cessna through the fog and reacted with additional large nose-up elevator. At that moment the MD-87 collided with the CitationJet. The right wing of the MD-87 sustained damage at the leading edge and the right hand main landing gear leg broke off. It damaged the right flap and struck the no. 2 engine which then separated from the pylon. The pilot of the MD-87 gradually advanced the throttles and then the aircraft was airborne for a total of 12 seconds, reaching an estimated height of about 35 feet (11 meters). The left hand engine suffered a noticeable thrust reduction as a result of debris ingestion, which became insufficient to sustain flight.

The airspeed had increased up to 166 knots (307,6 km/h), but the MD-87 descended abruptly making contact with the runway with the left hand main gear, the truncated right hand main gear leg and the tip of the right hand wing. Prior to touch down the pilot reduced engine thrust and after ground contact the engine reverse levers were activated and deployed (on the left hand engine only). Maximum available reverse thrust was selected and the brakes applied and the pilot tried to guide the plane through its control surfaces. The maneuver was judged so skillful that it is now incorporated into SAS technical manuals. All this was insufficient to halt the jet's momentum, and it crashed into a luggage hangar located near the runway's end, at a speed of approximately 251 km/h. In the impact, all the MD-87's crew and passengers were killed. The crash and subsequent fire killed four Italian ground personnel in the hangar, and injured four more.

Download the transcript of the Cockpit Voice Recorder (CVR) 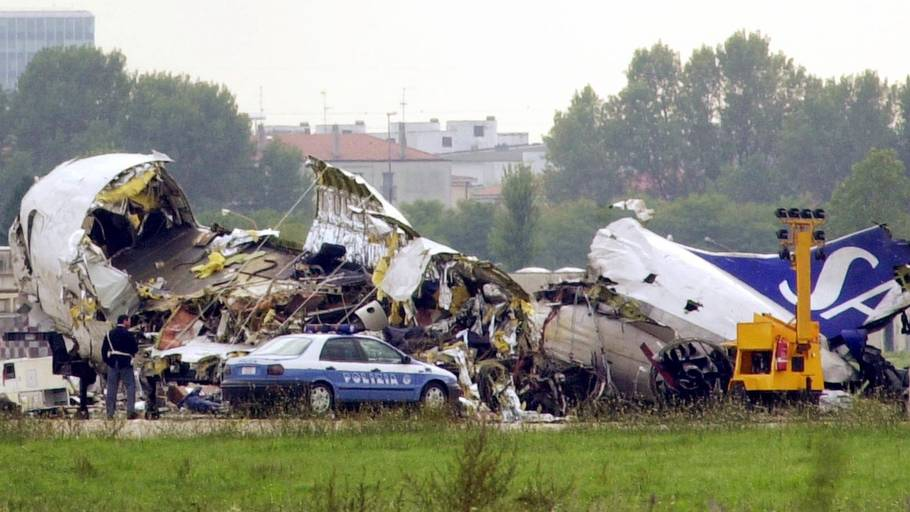