The accident occurred on 8 January 2016 during a commercial cargo flight from Oslo/Gardermoen Airport (ENGM) to Tromsø/Langnes Airport (ENTC) and involved an aeroplane of the model CL-600-2B19, manufactured by Bombardier Inc. The aeroplane was operated by West Atlantic Sweden AB and had the registration SE-DUX. 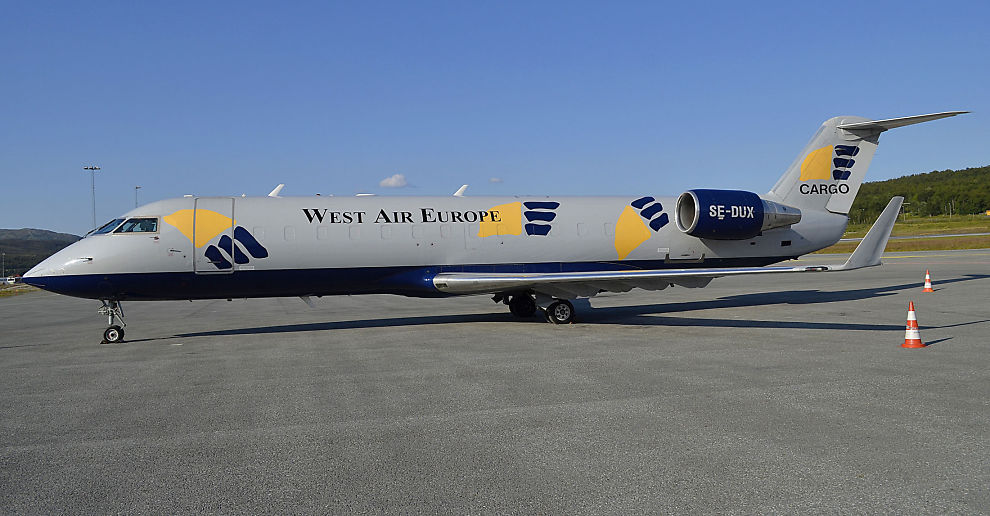 The flight was uneventful until the start of the event, which occurred during the approach briefing in level flight at FL 330. The event started at 00:19:20 hrs during darkness without moonlight, clouds or turbulence. The lack of external visual references meant that the pilots were totally dependent on their instruments which, inter alia consisted of three independent attitude indicators.

According to recorded data and simulations a very fast increase in pitch was displayed on the left attitude indicator. The pilot in command, who was the pilot flying and seated in the left seat exclaimed a strong expression. The dis-played pitch change meant that the pilot in command was subjected to a surprise effect and a degradation of spatial orientation The autopilot was, most probably, disconnected automatically, a “cavalry charge” aural warning and a single chime was heard, the latter most likely as a result of mis-compare between the left and right pilots’ flying displays (PFD).

Both elevators moved towards nose down and nose down stabilizer trim was gradually activated from the left control wheel trim switch. The aeroplane started to descend, the angle of attack and G-loads became negative. Both pilots exclaimed strong expressions and the co-pilot said “come up”.

About 13 seconds after the start of the event the crew were presented with two contradictory attitude indicators with red chevrons pointing in opposite directions. At the same time none of the instruments displayed any comparator caution due to the PFDs declutter function in unusual attitude.

Bank angle warnings were heard and the maximum operating speed and Mach number were exceeded 17 seconds after the start of the event, which activated the overspeed warning.

The speed continued to increase, a distress call was transmitted and acknowledged by the air traffic control and the engine thrust was reduced to flight idle.

The crew was active during the entire event. The dialogue between the pilots consisted mainly of different perceptions regarding turn directions. They also expressed the need to climb. At this stage, the pilots were probably subjected to spatial disorientation. The aircraft collided with the ground one minute and twenty seconds after the initial height loss.

The two pilots were fatally injured and the aeroplane was destroyed. 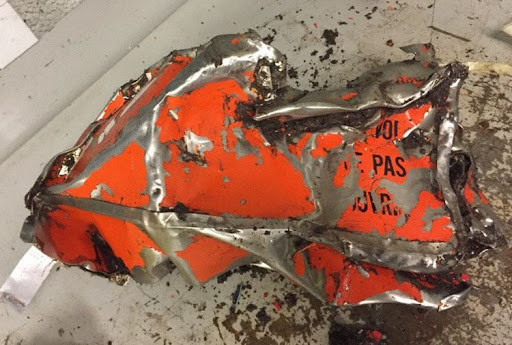 The Swedish Accident Investigation Authority (Swedish: Statens Haverikommission, or SHK) opened an investigation into the crash. On 9 January 2016, the flight data recorder (FDR) was found severely damaged as well as parts of the Cockpit Voice Recorder (CVR). The CVR was, however, not intact, and the part containing the memory functions was missing. The following day, the missing parts of the CVR were found, alongside human remains. On 12 January, SHK reported that the distress call from the pilots contained the word "Mayday" repeated, with no further information. On 26 January, Statens Haverikommission reported that they had managed to read both CVR and FDR, and were analyzing and validating the recordings.

On 19 March, in their interim report, SHK revealed:

After 17 seconds from the start of the event, the maximum speed (VMO) of 315 knots was exceeded. The overspeed warning was activated and the vertical acceleration turned to positive values.

Another 16 seconds later, the first officer transmitted a "MAYDAY" message that was confirmed by air traffic control. The indicated airspeed then exceeded 400 knots and the stabilizer trim was reactivated and reduced to 0.3 degrees nose down. The Pilot in Command called "Mach trim" after which engine power was reduced to idle.

During the further event, the last valid FDR value shows that the speed continued to increase up to 508 knots while the vertical acceleration values were positive, with maximum values of approximately +3G. FDR data shows that the aircraft's ailerons and spoilerons mainly were deflected to the left during the event.

The final report was published by SHK on 12 December 2016. The inquiry reached the following conclusion:

The accident was caused by insufficient operational prerequisites for the management of a failure in a redundant system.

The absence of an effective system for communication in abnormal and emergency situations.
The flight instrument system provided insufficient guidance about malfunctions that occurred.
The initial maneuver that resulted in negative G-load probably affected the pilots' ability to manage the situation in a rational manner. 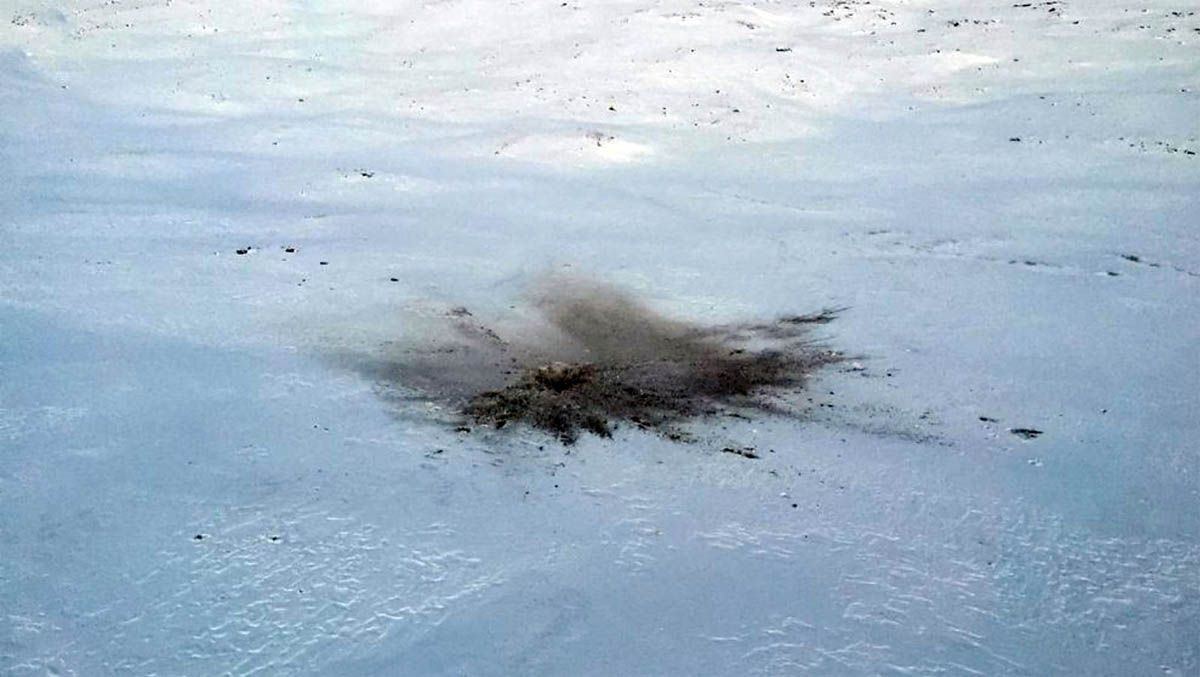