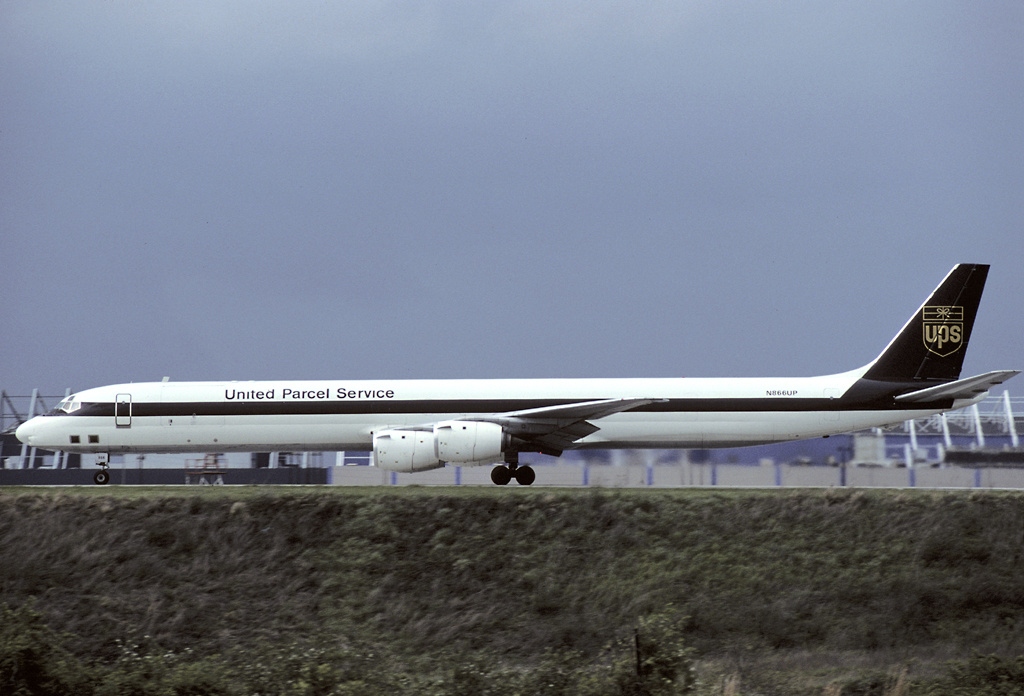 Just after receiving clearance to land at runway 27R, the DC-8 crew reported that they had a smoke warning light come on: "Cleared to land, and ah listen we just got a cargo smoke indicator come on can we have the equipment?". The Tower controller replied: "Okay, I´ll do that ..the cargo smoke indicator....ah... souls on board and amount of fuel Sir?" UPS1307 reported three souls on board and two hours worth of fuel. About a minute later the controller cleared the fight to land at runway 27L, which is 1006 feet (308 m) longer than runway 27R. The crew confirms the clearance, but continues their approach to 27R. The tower controller notices this and queries: "..1307 Heavy just confirming that your are lined up to the left side and it appears you are lined up to the right." UPS1307 replies: "I am sorry I thought we were cleared for the right..uh.. are we cleared to land on the right?" The tower controller then clears them to land on 27R and informs the fire department about this. Smoke was coming from the aircraft as it landed.

The crew evacuated and the fire services started fighting the fire. The blaze was reported under control by about 04:00. 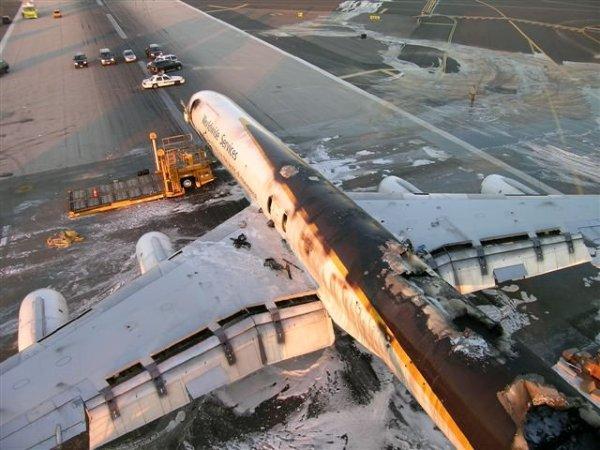 PROBABLE CAUSE: "The National Transportation Safety Board determines that the probable cause of this accident was an in-flight cargo fire that initiated from an unknown source, which was most likely located within cargo container 12, 13, or 14. Contributing to the loss of the aircraft were inadequate certification test requirements for smoke and fire detection systems and the lack of an on-board fire suppression system. " 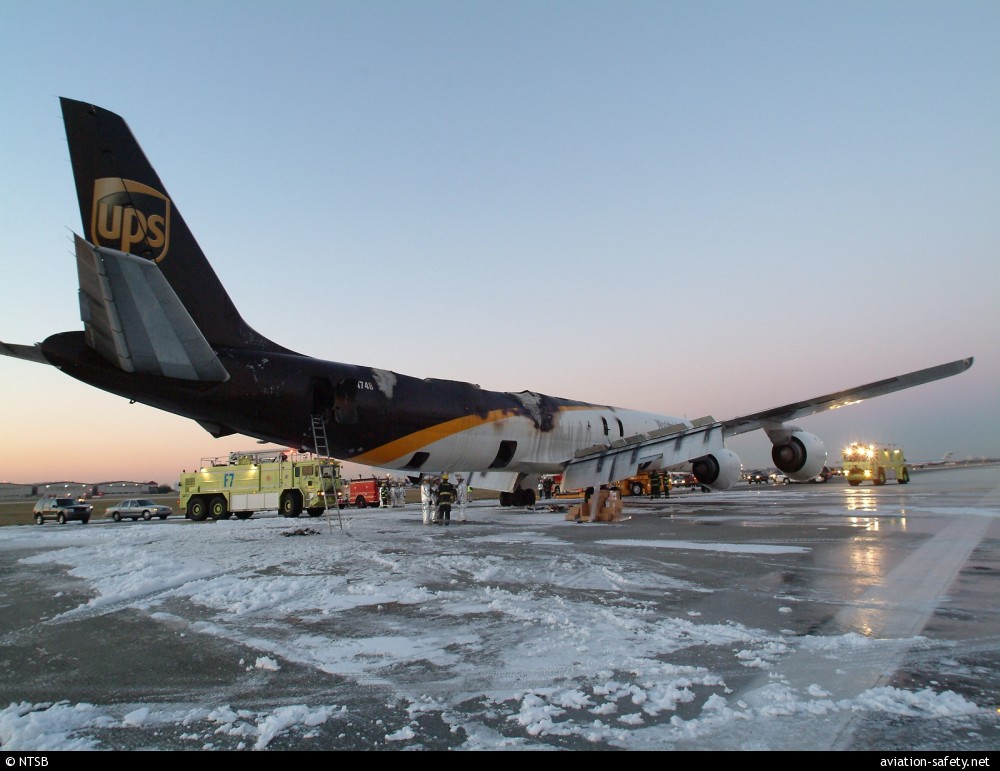