The weather was very good; the latest METAR reported light wind, 10 miles (16 km) visibility (the maximum it can report), no precipitation, and no forecast or reports of wind shear. The pilots performed a visual approach assisted by the runway's precision approach path indicator (PAPI).

The remainder of the fuselage and wings rotated counter-clockwise approximately 330 degrees, as it slid westward. Video showed it pivoting about a wing and the nose while sharply inclined to the ground. It came to rest to the left of the runway, 2,400 feet (730 m) from the initial point of impact at the seawall.

After a minute or so, a dark plume of smoke was observed rising from the wreckage. The fire was traced to a ruptured oil tank above the right engine. The leaking oil fell onto the hot engine and ignited. The fire was not fed by jet fuel. 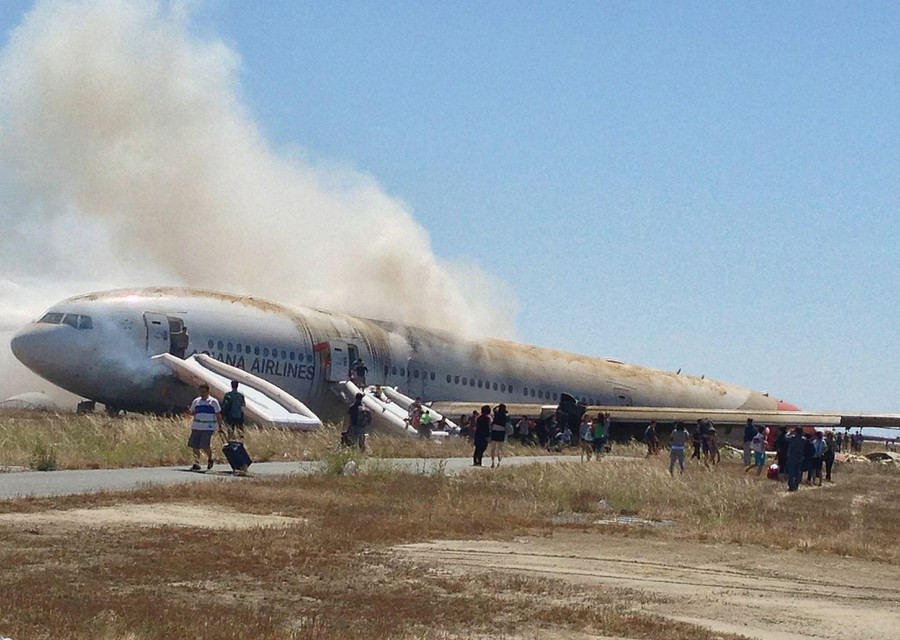 According to NBC reports in September 2013, the US government had been concerned about the reliability of evacuation slides for decades: "Federal safety reports and government databases reveal that the NTSB has recommended multiple improvements to escape slides and that the Federal Aviation Administration has collected thousands of complaints about them. NBC Bay Area also discovered that just two months before the accident at SFO, regulators issued a safety alert for slides on the same airplane model — a Boeing 777-200ER — involved in the crash."

This was the third fatal crash in Asiana's 25-year history. 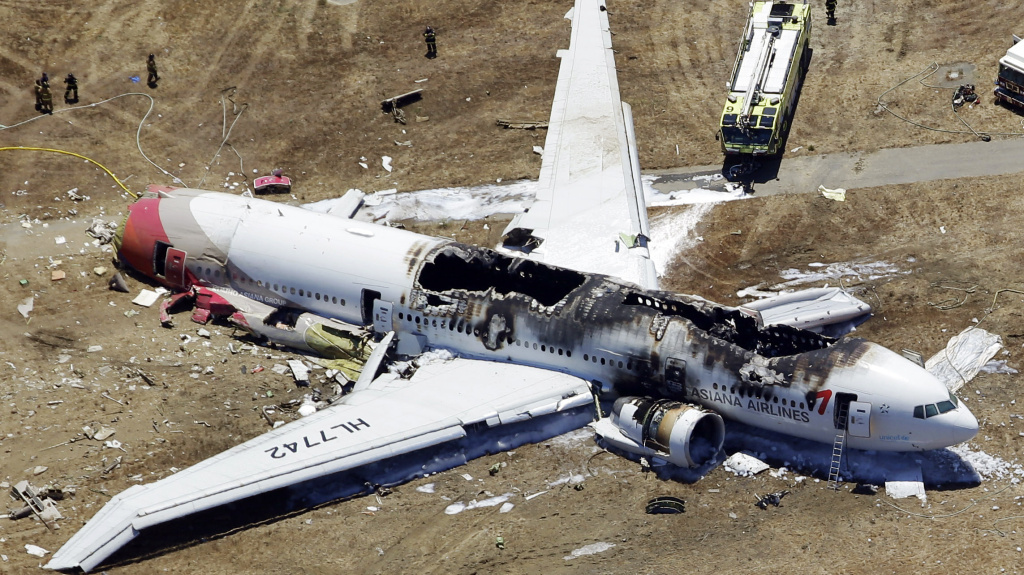 Of the 307 people aboard, two passengers died at the crash scene (one from being run over by an airport crash tender), and a third died in a hospital several days later. 181 others were injured, 12 of them critically. Among the injured were three flight attendants who were thrown onto the runway while still strapped in their seats when the tail section broke off after striking the seawall short of the runway. It was the first crash of a Boeing 777 that resulted in fatalities since its entry to service in 1995.

On June 24, 2014, a press report release by the NTSB found that the "Mismanagement of Approach and Inadequate Monitoring of Airspeed Led to Crash of Asiana flight 214". The NTSB determined that the flight crew mismanaged the initial approach and that the airplane was well above the desired glidepath. In response the captain selected an inappropriate autopilot mode, which without the captain's awareness, resulted in the autothrottle no longer controlling airspeed. The aircraft then descended below the desired glide path with the crew unaware of the decreasing airspeed. The attempted go-around was conducted below 100 ft by which time it was too late. Over-reliance on automation and lack of systems understanding by the pilots were cited as major factors contributing to the accident.

Download the full CVR transcript as published by the NTSB. 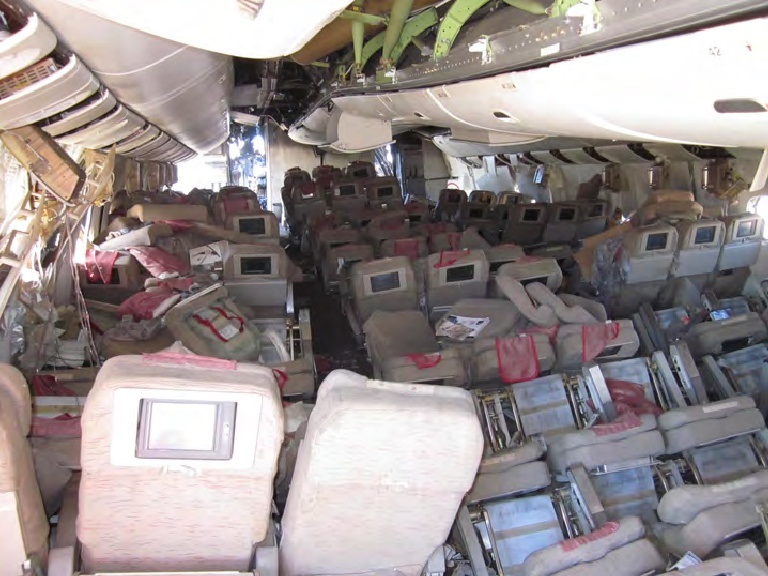